Success Story: Anant Kapoor of Agra listened to his heart, left a package of 7 lakhs and started a food startup 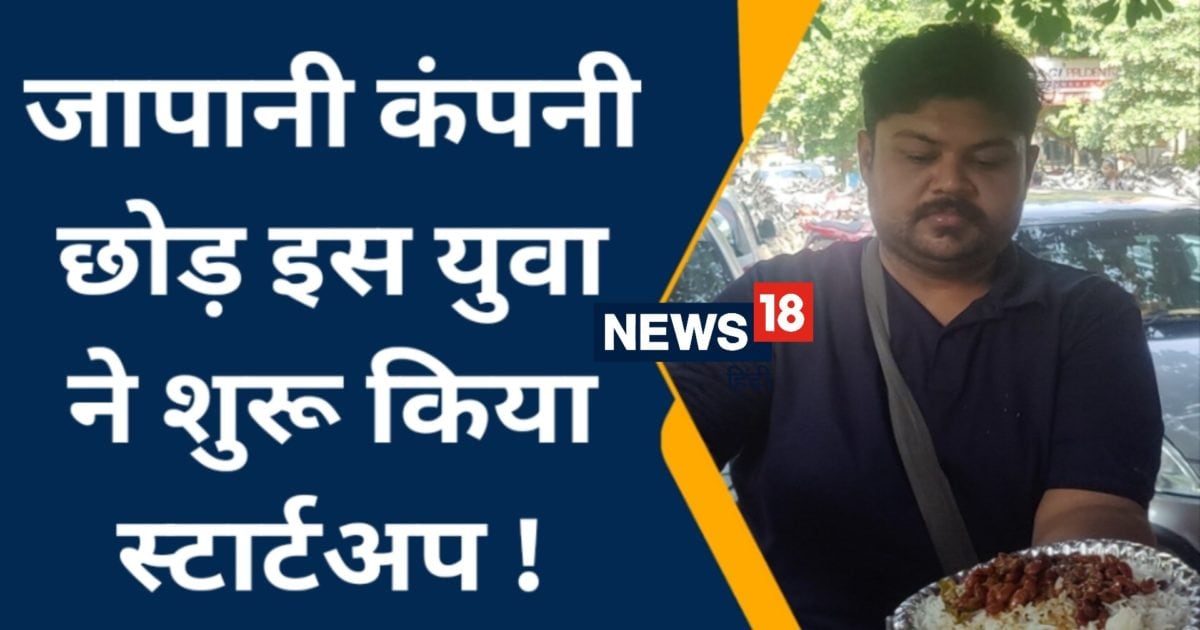 Agra. Today we are going to introduce you to a 28 year old youth living in Agra, who left the job of Rs 7 lakh package for his startup. The name of this boy is Anant Kapoor. He hails from Sheetla Gali in Agra and is currently running his own startup named Kapoor Kitchen in Sanjay Palace. Anant gives dal roti, sabzi, kadhi, fried rice with absolutely desi tadka in his kitchen. He says that from the very beginning he did not want to do the job. He wanted to start his own business. From the very beginning, people were fond of feeding food and even at home he used to stay in the kitchen.

Although the family wanted Anant to do B.Tech, then he went to Chennai Sathyabama University to do B.Tech. There he did B.Tech in automobile in 2016. While even during his studies, he used to run a small food shop in Chennai. People liked his desi food very much.

If you didn’t like the job then…
After doing B.Tech, Anant went to work in a Japanese company, Uni Cham. There he worked in the sales sector for 1 year. His 1-year packet was seven lakh rupees, but after working for 1 year, he did not like the work. His mind was to feed people and do his own business, so he left his job and came to Agra. After this, he started a food startup named Kapoor Kitchen on a rickshaw in Sanjay Palace.

People are also very fond of desi food
Anant Kapoor parks his homegrown food cart at Sanjay Palace. While the Sanjay Palace of Agra is the business center. A large number of companies have offices in Sanjay Palace. Now everyone’s first choice has become Kapoor Kitchen, because people get food like home. People often refrain from eating maida. People keep licking their fingers after eating lentils, rice, roti and vegetables made by Anant Kapoor.

Have a strong backup before startup
Kapoor says that no work is small, but behind every work there is hard work. Do not start any work seen. Before starting any work, keep your backup behind you. If even one percent does not work, then it is very important for you to have another option. According to Anant, after taking out all the expenses, he earns 50 thousand rupees a month comfortably. Apart from this, five to six people have been given jobs at the shop.

What do you feed?
At Kapoor Kitchen, you will find lentils, rice, curry, roti, vegetables in desi flavors. Although the menu changes everyday. Along with this, you also get noodles, Manchurian fried rice, Chinese items in a very desi style, which people like very much.

Bumper restoration in Bihar Police, jobs will be available on 62 thousand new posts, here is the complete information