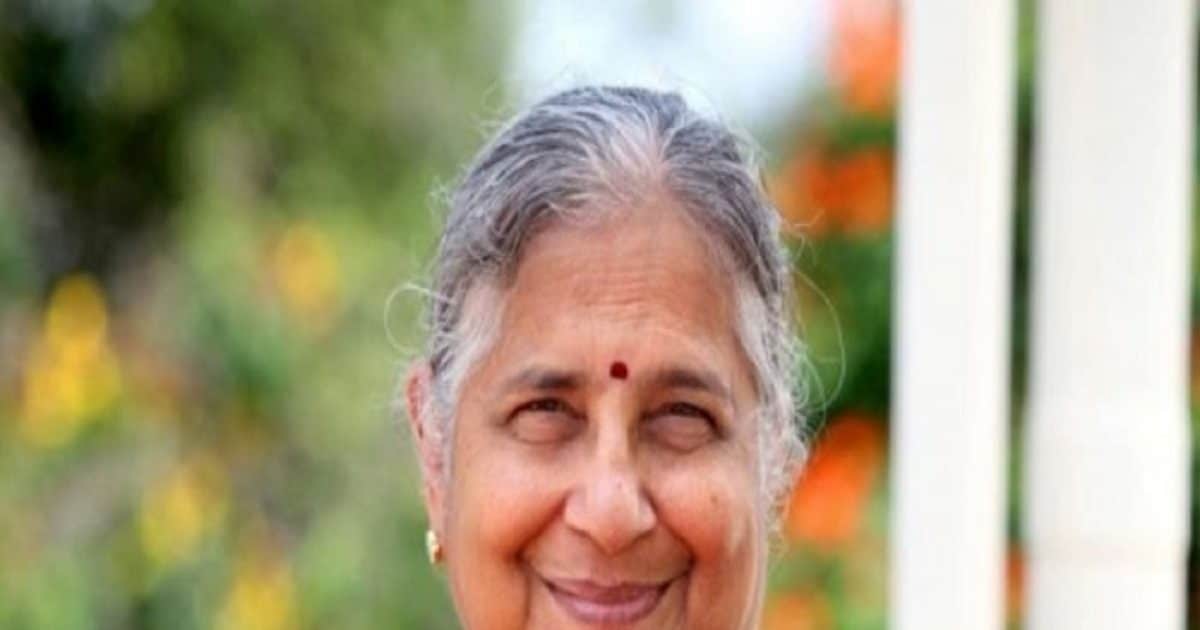 Sindhudurg (Maharashtra): Writer and philanthropist Sudha Murthy on Wednesday prayed for the well being of her son-in-law and British Prime Minister Rishi Sunak at a temple in Maharashtra’s Sindhudurg district. Sudha, who reached Deogarh tehsil of the district, about 500 km from Mumbai last evening, visited Durga Devi temple in Baparde village on Wednesday. In a video that surfaced on social media, temple priest Sudha Murthy is seen praying to Goddess Durga for the welfare of her son-in-law.

Indian-origin Rishi Sunak was elected unopposed as the new leader of the ruling Conservative Party on 24 October and took over as the Prime Minister of Britain from 25 October. During her visit, Sudha Murthy also interacted with the students of Yashwantrao Rane Higher Secondary School in Baparde.

Sudha, the billionaire businessman and wife of Infosys founder Narayana Murthy, was embroiled in a controversy earlier this week. In fact, in the purported video, he was shown bowing to Sambhaji Bhide, a controversial right-wing leader from Maharashtra.