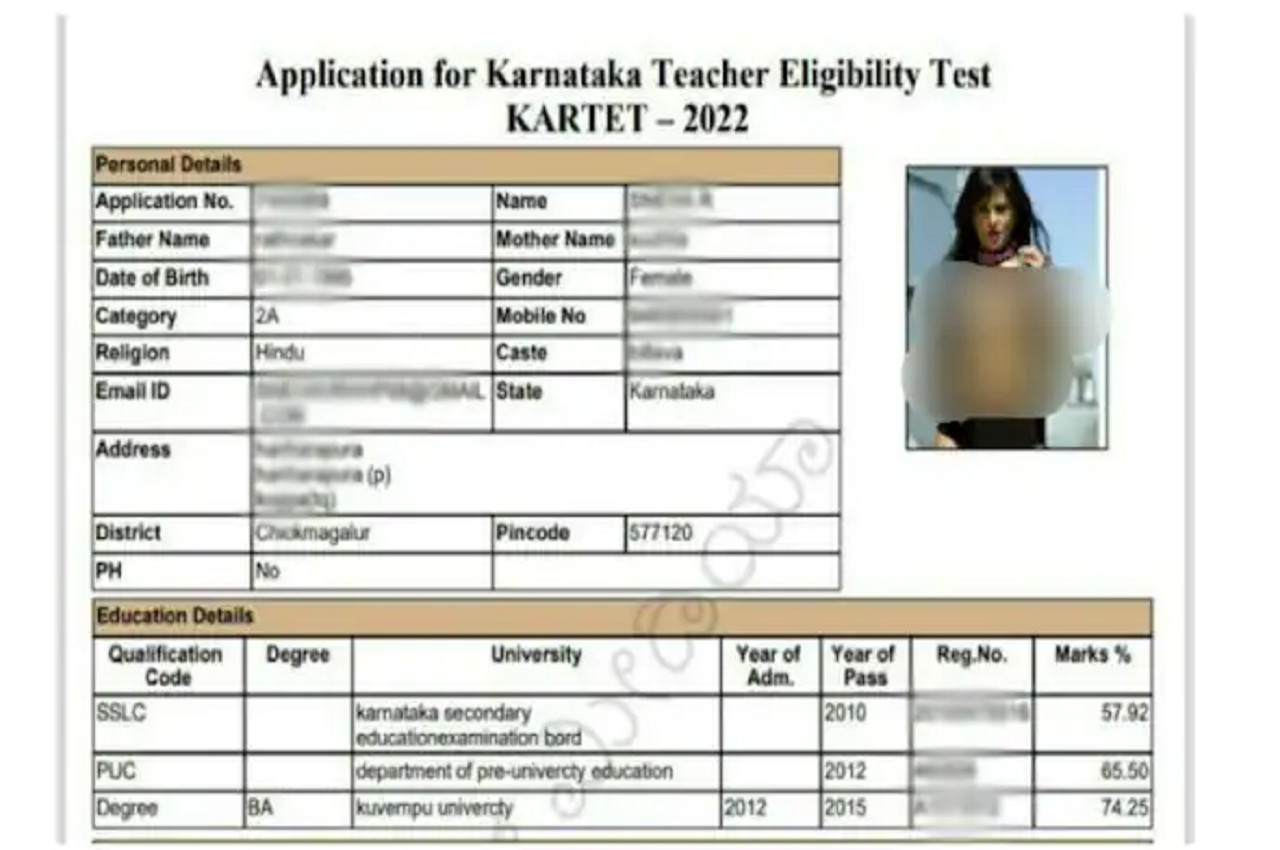 Bangalore: In a surprising incident, a candidate appearing for the Karnataka Teacher Eligibility Test-2022, conducted by the state’s school education department, found that her admit card contained a photograph of actress Sunny Leone and not herself.

The alleged admit card screenshot, which is doing the rounds on the internet, has taken many by surprise.

According to media reports, taking cognizance of the matter, the state education department has ordered an inquiry.

The exam was conducted on 6th November. A total of 3,32,913 candidates had appeared for the exam conducted at 781 centers in Karnataka.

Karnataka Congress social media president BR Naidu on Tuesday took to Twitter to hit out at the ruling BJP, saying: What else can be expected from a party watching a blue film in the House?

“In the teacher recruitment hall ticket, instead of the candidate’s photo, the education department had printed the blue film actress Sunny Leone’s photo. What can we expect from a party which saw blue films inside the assembly.

@BCNagesh_bjp Hey, if you want to see a blue-chip star, hang a photo, don’t use the education department!, he said.

Responding to Naidu’s allegation, BC Nagesh’s office issued a statement saying, “The candidate has to upload a photograph. Any photo the system takes is attached to the file. When we asked the candidate if she had put Sunny Leone’s picture on her admit card, she said that her husband’s friend has uploaded her information,” India Today reports.

The report said the Karnataka Education Department said it would register an FIR after investigating the matter.