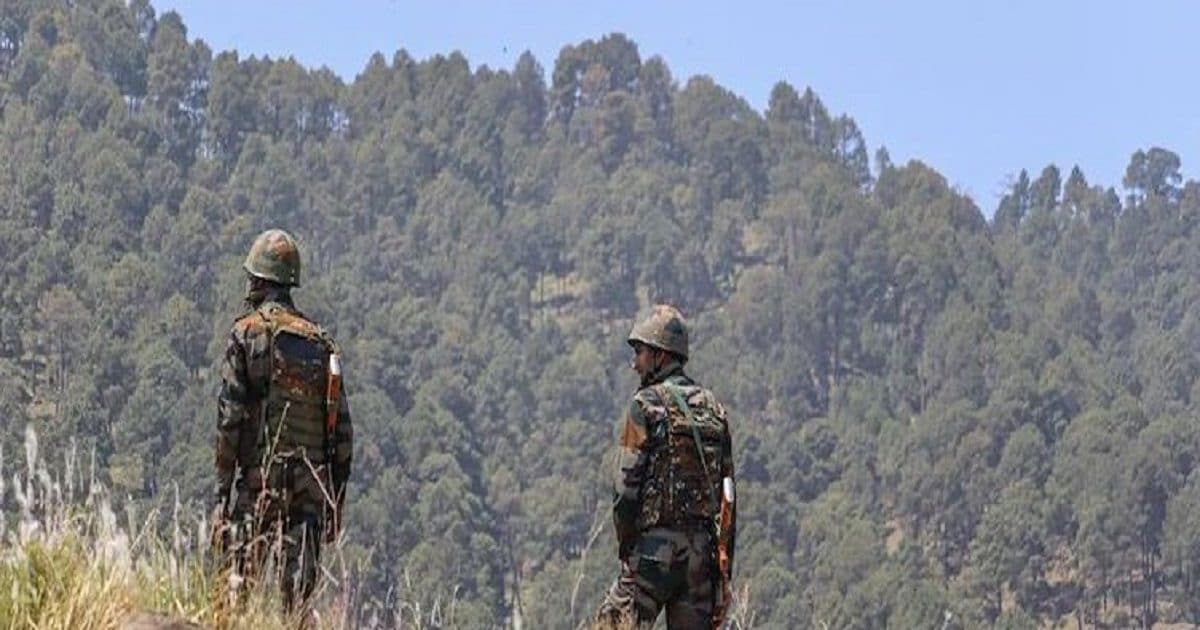 Srinagar: The movement of Pakistani drones was once again seen in Jammu and Kashmir’s Samba district on Saturday. The people of Sarathi Kalan village, which is adjacent to the India-Pakistan international border, informed the security forces after seeing a drone in the sky. This drone had entered India from across the border. The security forces who reached the spot foiled any nefarious designs by conducting a search operation.

This drone remained in Indian territory for about 5 minutes and after that it went back to Pakistan. Teams of BSF, Jammu and Kashmir Police and Indian Army sealed this entire area and started an intensive search operation. There is a major BSF post near Sarathi Kalan village, where Pakistani drones have tried to drop weapons many times in the past. Drones are most commonly used to send narcotics across the border to India.

Security forces have also recovered weapons dropped from drones twice in the same area. Earlier in July, the drone was spotted in Samba. According to the report, on the night of July 17, a suspicious drone was sighted at an altitude of 300 meters in Mangu Chak village. Prior to this, on 4 July in Sarathi Kalan, on receiving information about the suspicious drone, the security forces conducted an intensive search operation and investigated the dropping of any undesirable object in the entire area, but nothing was found.

The movement of Pakistani drones was also seen in June in Sarathi Kalan village of Samba sector, after which all the surrounding areas were sealed. After the latest developments, security forces personnel are engaged in checking all the roads leading to the border areas and are conducting a search operation inside the villages of the border areas in wrestling. Security forces believe that after seeing the movement of drones from across the border, it is necessary to search the entire area, because the drone may have dropped weapons or narcotics.

Share
Facebook
Twitter
WhatsApp
Linkedin
Email
Telegram
Previous articleTook drugs before the World Cup, was out of the team for 3 years, returned again at the age of 33
Next articleWhat is Dividend Pay Out Ratio and why is it important for shareholders to understand?