Telangana CM’s attack on the center, said- Tax is also being imposed on milk and construction of graves 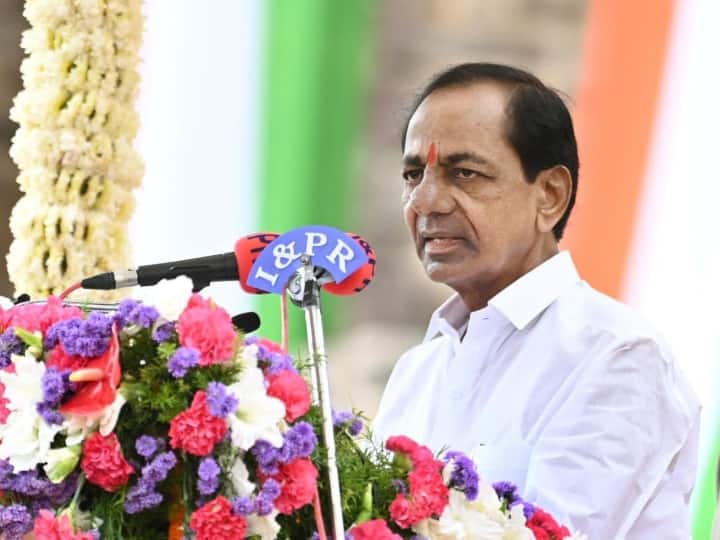 Telangana: Telangana Chief Minister K. Chandrashekhar Rao on Monday took a jibe at the central government over the debate on the issue of freebies. He termed it as an ‘insult’ of the people for calling welfare schemes as free gifts. Rao, the president of the ruling Telangana Rashtra Samithi (TRS), attacked the National Democratic Alliance (NDA) government, alleging it was harming federal values, financially weakening the states and centralizing powers.

Center burdens poor and middle class
Known as KCR, K. Chandrashekhar Rao accused the Center of putting a heavy burden on the poor and middle class by taxing various items, including milk and construction of graves. Joining the ongoing debate on the topic ‘free gift’, the Chief Minister said, “The welfare of the people is the primary responsibility of the governments. It is justified to hold the Center responsible as it is calling the welfare schemes free gifts to the people without discharging its responsibilities.” insulting.”

Flag hoisting at Golconda Fort
It is worth noting that Prime Minister Narendra Modi had recently said that freebies are a hindrance in the path of India becoming self-reliant as well as a burden on the taxpayers. He had criticized some parties for indulging in the politics of freebies. Addressing a program after hoisting the flag at Golconda Fort on the occasion of Independence Day, Rao said that the framers of the Constitution had created a federal structure as they wanted the Center and the states to move towards development together.

Center is imposing various restrictions
Not only this, Rao alleged that the Center was harming the economic freedom of the states by imposing various restrictions. He claimed that the central government talks of the ideal of cooperative federalism, but in reality it is engaged in centralization of power. He also criticized the alleged portrayal of farmers who had gathered to protest against the agricultural laws in Delhi as betrayers of the country and said the prime minister had to finally apologise.

Mangaluru-Mumbai Flight: Couple was chatting on mobile, then what happened that the plane got delayed by 6 hours