Terrorist Ashraf in custody: Police has caught the boys of UP .. the answer came yes brother, now WhatsApp will chat with big revelations 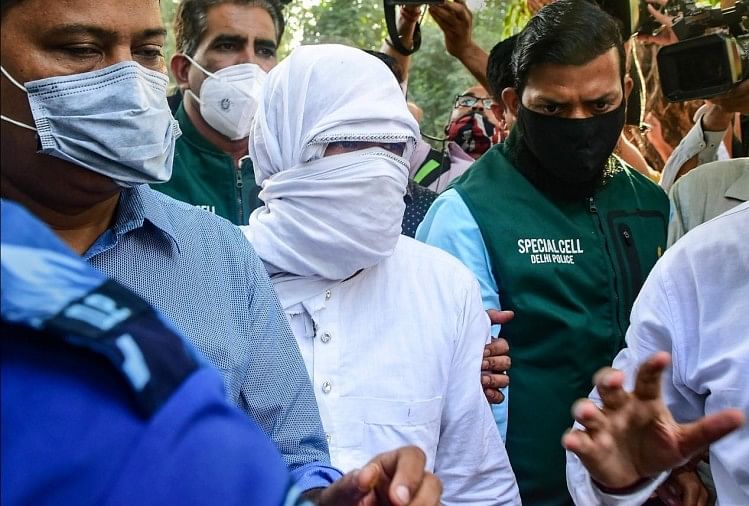 Pakistan terrorist Mohammad Ashraf alias Ali Ahmed Noori, who was in the custody of Special Cell of Delhi Police, has made a sensational disclosure during interrogation. He was engaged in converting the people of Hindu religion in the country and making Muslim youth jihadis. He was playing the role of a sleeper cell, a terrorist and a convert.

NS. Ashraf was an active member of the organization Daute Islamic. In the programs of this institution, he also used to go to country and abroad to give arguments. On the other hand, the handler of Mohammad Ashraf also had links with the terrorists caught from UP, Delhi and Rajasthan in the month of September. This has been revealed from the WhatsApp chatting of Mohd Ashraf and Handler.

In India, he has gone to many states including Chennai, Andhra Pradesh, Madhya Pradesh and UP in the programs of the organization. He was called to give arguments in the programs of the organization. In such a situation, the police officers say that it was engaged in getting the people of Hindu religion converted. Taking the matter of religious conversion seriously, the Special Cell has started interrogating the accused terrorist in depth. The Home Ministry has been informed about its inquiry.

On the other hand Mr. Ashraf’s handler Nasir, in September, arrested terrorists from UP, Rajasthan and Delhi, Osama, Zeeshan, Moolchand, Mohd. Abu Bakr, Sameer, and Mohd. Aamir is also related to Javed. This module was being run by Osama’s uncle Humaid ur Rehman and sitting in Dubai. Uncle and father were in touch with the ISI handler. This disclosure The chatting between Ashraf and Pakistan handler Nasir happened on WhatsApp.

When handler Nasir wrote to bring a consignment of weapons from Kalindi Kunj Yamuna Ghat, at the same time Nasir wrote that Delhi Police has caught the boys of UP. We have suffered a lot because of this. Explosives have also been caught. On this Mo. Ashraf wrote that yes brother. NS. Ashraf used to delete WhatsApp chatting from his mobile. Delhi Police is preparing to send his mobile for forensic examination.

Virender Sehwag: Firecrackers are banned here, then why did they come from during the Indo-Pak match, Virender Sehwag got furious

Flipkart Diwali Sale is coming to create panic once again, deals like never seen before…

Got life! The dead body will rise even after death, know what scientists have discovered?

Health Tips: You will not have to take BP medicine every day, just make these 7 habits your partner