The engine of the Sriganganagar-Sadulpur train ran leaving the coaches 2 times while running, there was a stir among the passengers 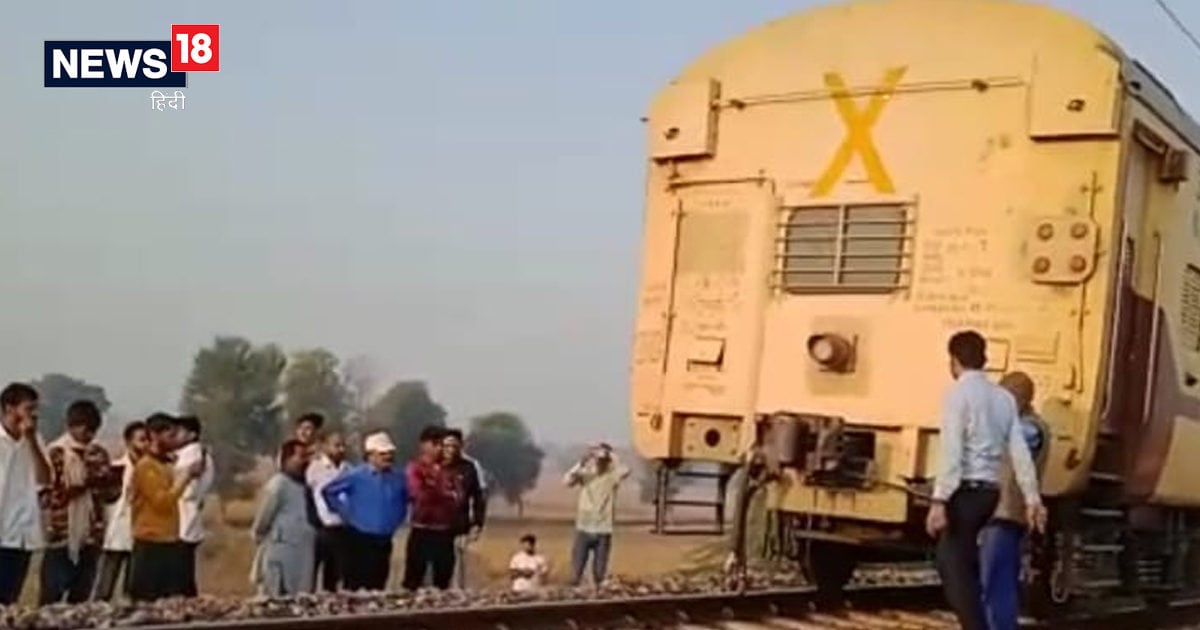 The matter is related to Sriganganagar-Sadulpur train

Incident happened twice in a distance of just 30 km

Train got delayed by 2 hours due to two accidents

Hanumangarh. A major train accident was averted on Sunday in Hanumangarh district of Rajasthan. Here the engine of the Sriganganagar-Sadulpur passenger train ran away leaving the coaches twice. Passengers were terrified of such an incident that happened twice within a distance of about 30 km. Later, somehow the coaches were attached to the engine and dispatched. Due to this the train was late by two hours. The passengers later became agitated due to the accident. He accused the railway employees of risking the lives of the passengers and being negligent.

According to the information, this accident happened in Hanumangarh district in the afternoon. There the hook of the engine of the Sriganganagar-Sadulpur train opened twice in a while while running. Due to this, both the times the engine left the coaches of the train and went ahead by 2-3 km. This caused a stir among the passengers aboard the train. The agitated passengers accused the railway employees of acting negligently. But later the staff took care of them and connected the coaches to the engine and sent the train from there. On this the passengers heaved a sigh of relief.

Engine separated twice within 30 kms
According to the information, the first incident took place near Sherekan village of Hanumangarh district. As soon as the engine ran leaving the coaches, there was a stir among the passengers. Later, the train staff corrected it by stating a technical glitch and dispatched the train. But the train would not have run even 30 kilometers that then the coaches got separated from the moving vehicle. Due to the shock for the second time, the passengers again became agitated with panic.