The group that defames Gujarat has become active, the public will not accept it: PM Modi at Valsad rally 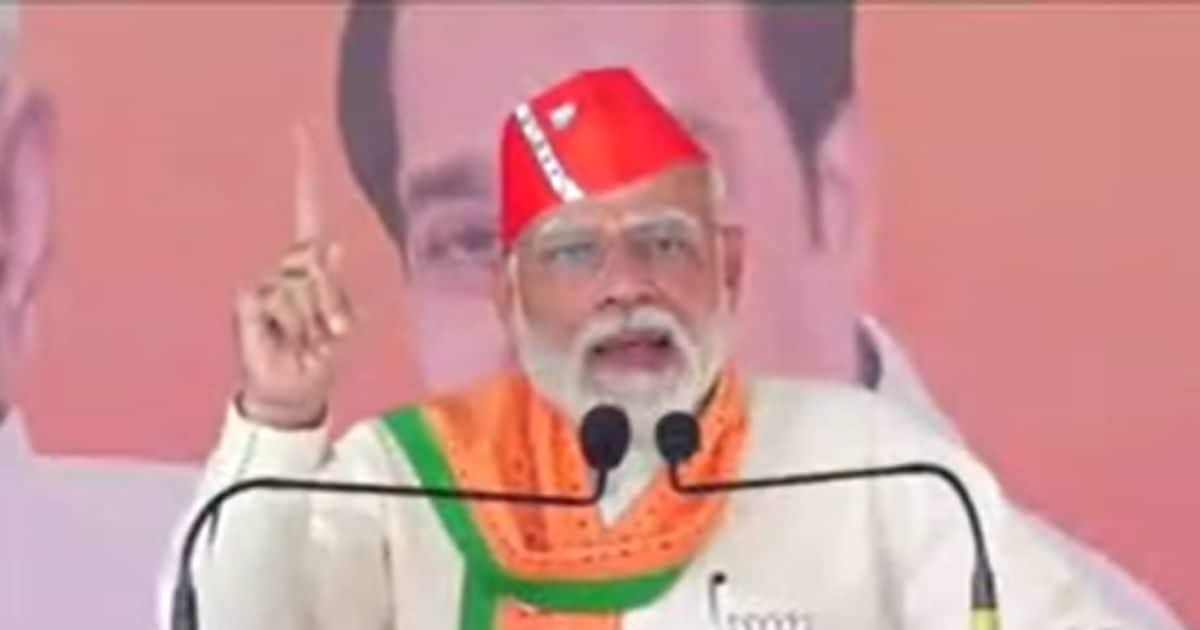 PM Narendra Modi on Gujarat tour, said- a group is defaming the state

Said- People here will not accept those who defame Gujarat

Ahmedabad. Prime Minister Narendra Modi reached Gujarat on Sunday amid the campaigning for the assembly elections. Without naming any party here, he said that the group that defames Gujarat has become active. But, the people here will not accept these people. The people of Gujarat only want development. He appealed to the people to vote for BJP.

He said that the water of Mother Narmada has been brought to South Gujarat and Saurashtra. Today every house gets water from the pipeline. Ports developed here. Connectivity has increased. Today goods are reaching all over the world from the sea areas of Gujarat. Every fisherman here is saying that I have made Gujarat. PM Modi said that the double engine government has taken care of the health of the poor. Good plans have been brought for their health. People of Gujarat work shoulder to shoulder for development.

Massive support for the BJP across Gujarat. Watch from Kaprada. https://t.co/B9tPOyZQwT

Gujaratis made Gujarat by working hard- PM
PM Modi said that two decades ago there was an atmosphere of despair in Gujarat. Gujaratis have made Gujarat by working hard. Every Gujarati is speaking, I have made this Gujarat. BJP has taken care of my tribal brothers. He said that a big yagya of public service is going on in Dharampur. There was no science college in Umargaon till Ambaji. Today there are 5 medical colleges in tribal areas. There was a time when there was a shortage of doctors, today hospitals have been built. The tribal speaks with full force that I have made this Gujarat. Today, 24 hours electricity is available in Gujarat.

Share
Facebook
Twitter
WhatsApp
Linkedin
Email
Telegram
Previous articleGold Rate: By the end of the year, the price of gold will be 52 thousand! Know why experts expressed the possibility of a boom
Next article‘Kill Them’: Arizona Election Workers Face Midterm Threats