The repair company of Morbi Bridge had said that there will be no problem for 10-15 years, then how did the bridge break? 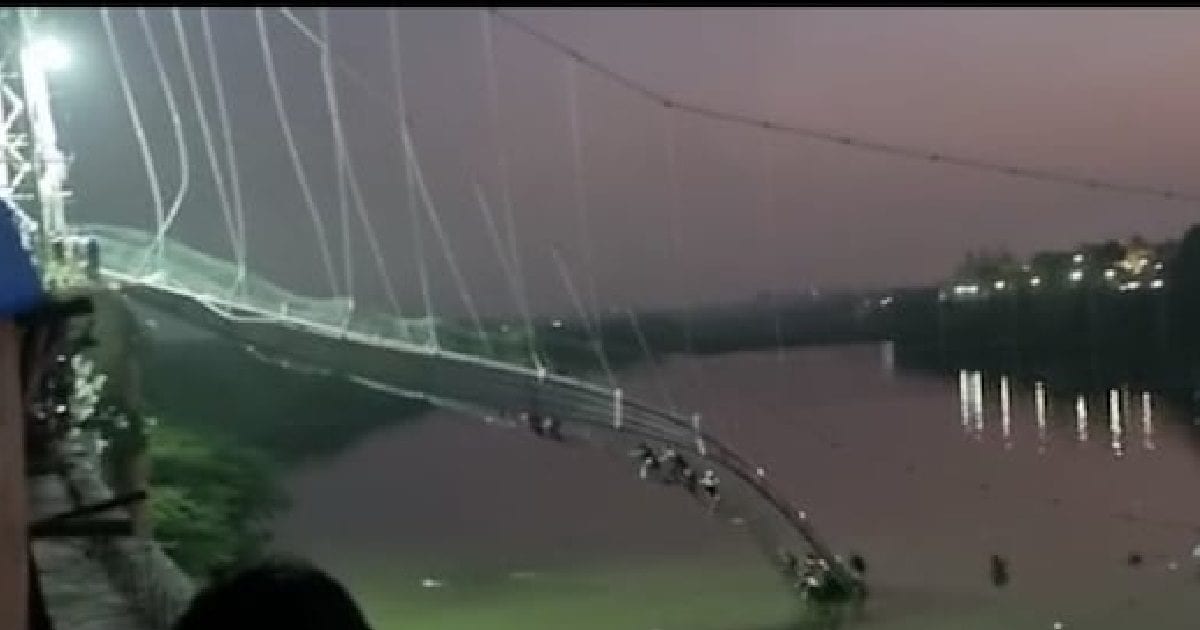 Now the questions are arising about the bridge, how did it break?

Europe’s technology was used to make it

Ahmedabad. At least 60 people have lost their lives in a tragic accident in Gujarat’s Morbi district on Sunday evening. Here the years old cable bridge built on the Machhu river suddenly broke down and around 100 people on the bridge fell into the river. Many women and children are also among those who lost their lives in this accident.

According to the information, this bridge was kept closed for about 7 months for repair. This bridge was opened to the general public on 26 October to celebrate the Gujarati New Year. The director of Orewa, a bridge repair company, told media persons at a press conference last week that there would be no problems with the bridge for the next ten-fifteen years. However, this year-old bridge collapsed in just three-four days. In such a situation, now the question is arising that how did this accident happen?

Bridge could not bear the weight of people

In fact, due to the holiday of Sunday and Diwali, a large number of people were present on this bridge at the time of the incident, including a large number of women and children. In some media reports, this number has been told up to 400. It is said that this bridge could not bear the weight of the people and collapsed.

This bridge was called ‘Engineering miracle’

This bridge built on the Machu river was 1.25 meters wide. Its spread was 233 meters. Darbargarh Fort and Lakhdirji Engineering College were connected by this bridge. Let us tell you, Morbi city is 53 km away from Rajkot and a little far to the south of the Rann of Kutch.

After this accident, BJP MP from Rajkot Mohanbhai Kalyanji Kundaria said that till 9.30 pm, 60 people have died. Most of the dead are children, women and the elderly. NDRF is running rescue operation and evacuating people out of the river. We are taking this matter seriously. This is a very sad incident. It is said that this bridge could not bear the weight of the people and collapsed.

Prime Minister Narendra Modi on Sunday announced an ex-gratia of Rs 2 lakh each for the families of those who lost their lives in a bridge collapse incident in Gujarat’s Morbi town. At the same time, the Chief Minister of the state Bhupendra Singh Patel has announced an assistance of Rs 4 lakh each to the kin of the deceased, while Rs 50,000 for the injured.