There will be no explosion in the twin tower of Supertech, this is the big reason 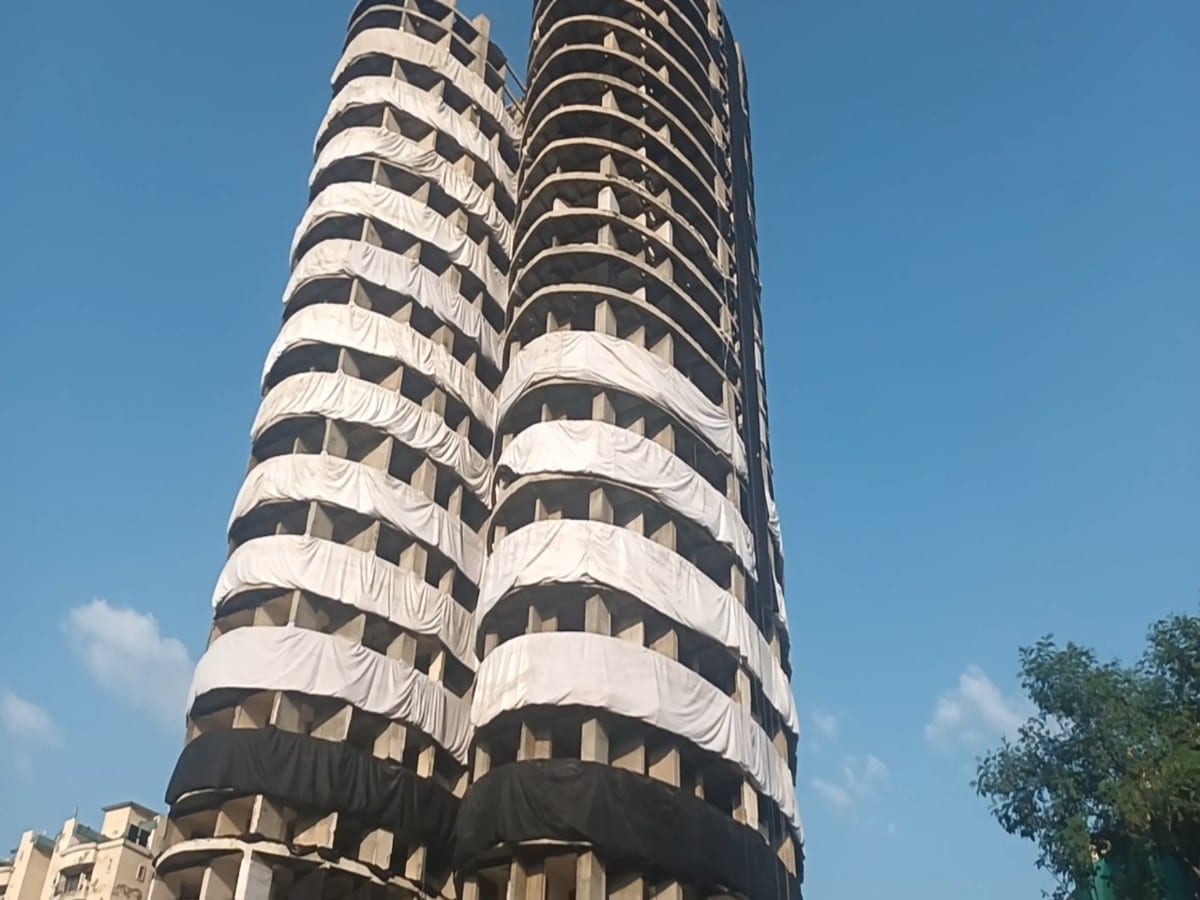 Noida. The date of demolition of Supertech Twin Tower seems to be postponed. Even after the passage of August 7, the work of setting up the blast in the tower has not started. Whereas the company that demolished the tower has got NOC from Noida Police, Regional Explosive Controller Agra and Chief Explosive Controller Nagpur. But the Central Building Research Institute (CBRI) has not yet given its NOC. Due to this, the work of installing Explosive in the tower has not started. Due to which apprehension is being expressed about the demolition of the tower on August 21. The CBRI alleges that it has neither received the report nor its dues of Rs 70 lakh in fees.

CBRI has made these allegations against the builder

During the hearing in the Supreme Court, CBRI made some allegations against the builder and Edifice Engineering Company. CBRI said that the answers to the questions raised by them are not being reported. In the questions raised, along with the safety of the surrounding towers, standards, vibration reports and the strength of the towers have been asked. Along with this, it has also been alleged that the builder is not even paying him Rs 70 lakh as fees as per the agreed agreement. This issue will also come up in the meeting to be held on 6th August. The special thing is that till CBRI does not get the report, it will not give NOC to plant explosives.

Noida Police did not give NOC for two days because

According to experts, the office of the Regional Explosive Controller is in Agra. In the case of Twin Towers, a report from the Regional Office Agra was to be known to the Chief Explosive Controller, Nagpur. But this report has not arrived on time. Due to which the Noida Police also stopped its NOC. Experts say that the NOC of the police largely rested on the report of the Chief Explosive Controller. It was expected that as soon as the NOC is received from the Noida Police, the work of installing gunpowder in the Twin Towers will start. But now the NOC of CBRI is awaited to install explosives in the tower.

Engine will run at the interchange of Eastern Corridor on August 11, PM Modi will flag off 15

Explosives will be used to demolish the tower

Explosives are filled in the columns and beams of the building to bring down the tower. The column and beam are cut into a V shape. Then an explosive rod is placed inside it. Explosives are kept continuously from the ground floor to the 1st and 2nd floors. But after that, by giving a gap of 4-4 floors, like on 6th after the second and after 6th, 10th, 14th, 18th and 22nd, according to the experts, to demolish any high rise building, its columns and beams will be filled with explosives on the floor.

If sources are to be believed, for this about 7 thousand holes will be made in the entire building. During the installation of explosives, only the company’s engineer and jet demolition expert will be allowed to enter the tower. Noida Police has taken both the towers under their surveillance. Now the eyes of Noida Police will be on the tower for 24 hours. Even during the installation of ammunition, the entire campus will be monitored through CCTV. The work of installing CCTV is also going on. A separate control room has been made for this.