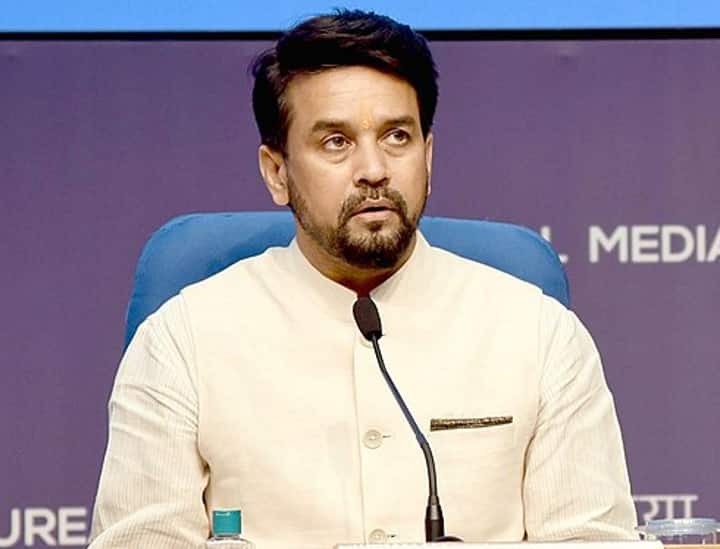 BJP On Arvind Kejriwal: Union Minister Anurag Thakur while holding a press conference has fiercely attacked the Delhi government and CM Arvind Kejriwal government. Terming Kejriwal as fake, he said that those opposing the temple are becoming Hindus.

Anurag Thakur said, this government runs a new propaganda so that their corruption is not discussed. He said, I ask Arvind Kejriwal that, you give 18 thousand rupees to the clerics in Delhi, are you thinking of giving money to the priests of the temple, glands to the gurudwara, also to the priests of the church? Why not given? Expressing his anger, the Union Minister termed Arvind Kejriwal as fake. He said that they are becoming Hindus opposing the temple.

You (Delhi CM) give Rs 18,000 per annum to Muslim clerics in Delhi. Will you also give the same Rs 18,000 to priests, gurdwara granthis & pastors? Why couldn’t you do it?: Union Min Anurag Thakur on Delhi CM’s appeal for Goddess Laxmi-Lord Ganesh pics on Indian currency notes pic.twitter.com/rIaMwphQCQ

Know what Anurag Thakur said about the election

Regarding the assembly elections to be held in Himachal Pradesh, Anurag said, In any election, when the ticket is allotted, everyone wishes to contest but not everyone is able to get the ticket. Many times there are some senior leaders in the party who want to contest as an independent, the party is trying to persuade such people.

Gujarat Election: BJP gave ticket to a Muslim for the last time 24 years ago, know how has been the record of Congress?

Gujarat Election: Whom will BJP make a candidate from Viramgam assembly constituency? These three leaders of Patel community are big contenders