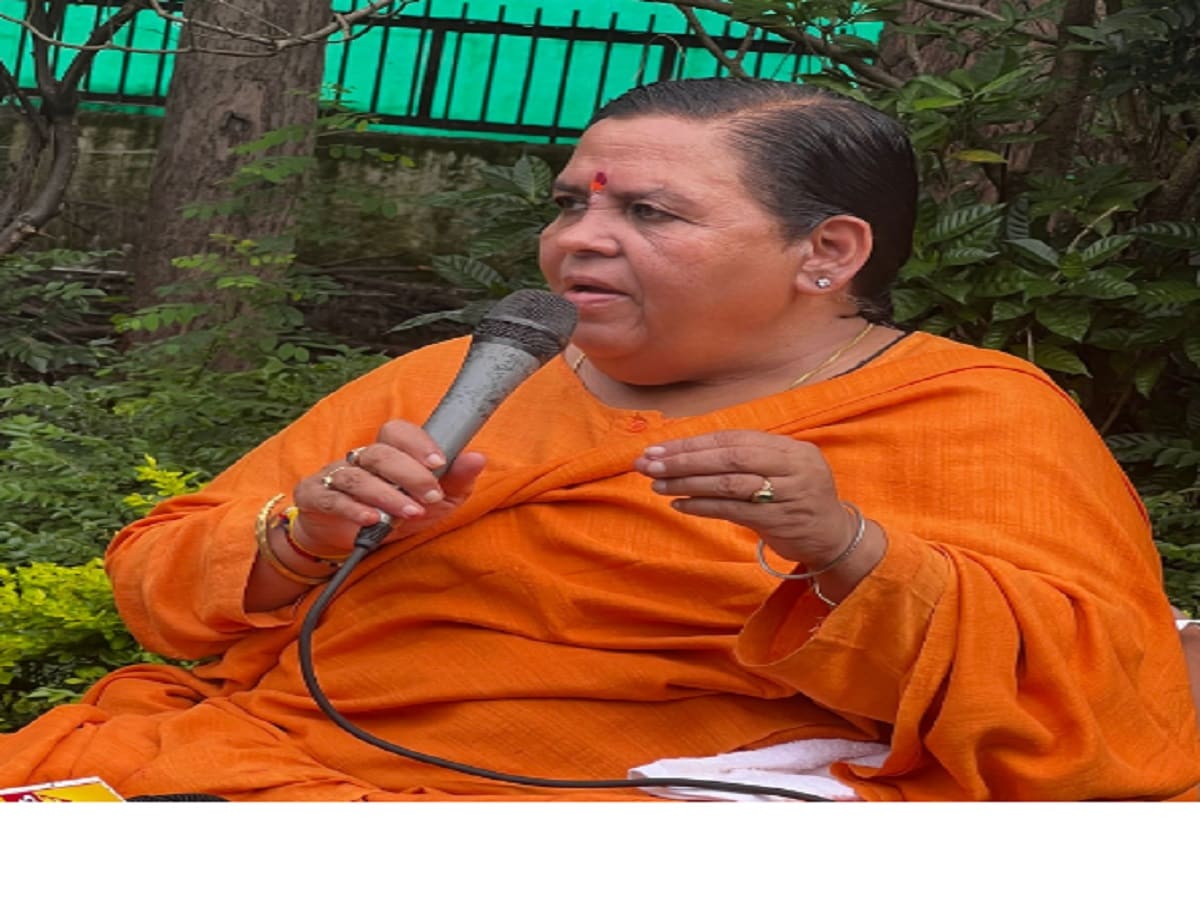 Bhopal. Varanasi in Gyanvapi-Shringar Gauri case District Court has accepted the petition of the Hindu side. BJP leader and former Chief Minister Uma Bharti has welcomed it. Gyanvapi The petition is worth hearing. He said that I am expressing happiness. In our Kashi, a way will come out to worship at the original place of Kashi Vishweshwar. Nandi has been watching for a long time, his wish will also be fulfilled. The solution of Mathura also came out through talks.

Uma Bharti said – We had protested at that time (Places of Worship, Special Provisions Act 1991) under the leadership of Advani ji. I had kept the side of BJP. I said that these are very painful memories. Don’t tease them. There are sticks pierced in the chest. There is a lot of disrespect. The neck bends. So add Kashi and Mathura with Ayodhya. Otherwise there will be trouble ahead.

..then Hindu society will protect the mosques
Uma Bharti said – Ayodhya, Mathura and Kashi are the places of faith of Hindus. All three are the centers of the basic faith of Hindu society. Tomorrow these things will come out and you will not be able to stop. So this should have been done earlier. He said that this list does not seem to end because if all the three original places were already resolved. If the Muslim community automatically hand over all the three places to the Hindus with love, then the Hindu society itself will protect all the mosques. Ayodhya was kept out of the Place of Worship Bill, but till then it was considered disputed.

read this also,Scindia said – even if I am not there, it will be less, tears flowed from Imarti’s eyes on hearing this,

worry about bad weather
The BJP leader said – In the situation that has now become, both the communities will have to come forward with a good initiative. Nupur Sharma apologized. The party took action. Even after that, his photo is being trampled with shoes. All this spoiled the atmosphere.

Today on Gyanvapi issue
On the Gyanvapi issue, the single bench of District Judge AK Vishvesh considered the case to be hearable. The court rejected the petition of the Muslim side and said that the case is maintainable. The next hearing of the case will be on September 22. In this case, the Muslim side had objected to the permission to worship in the premises by presenting an argument under the Worship Act of 1991. The Hindu side said that worship-worship should be allowed in Shringar Gauri. The Supreme Court had directed the Varanasi District Court to consider the maintainability of the matter.