UNGA: India slams PAK on Kashmir issue, said- it has a bad habit of spreading lies 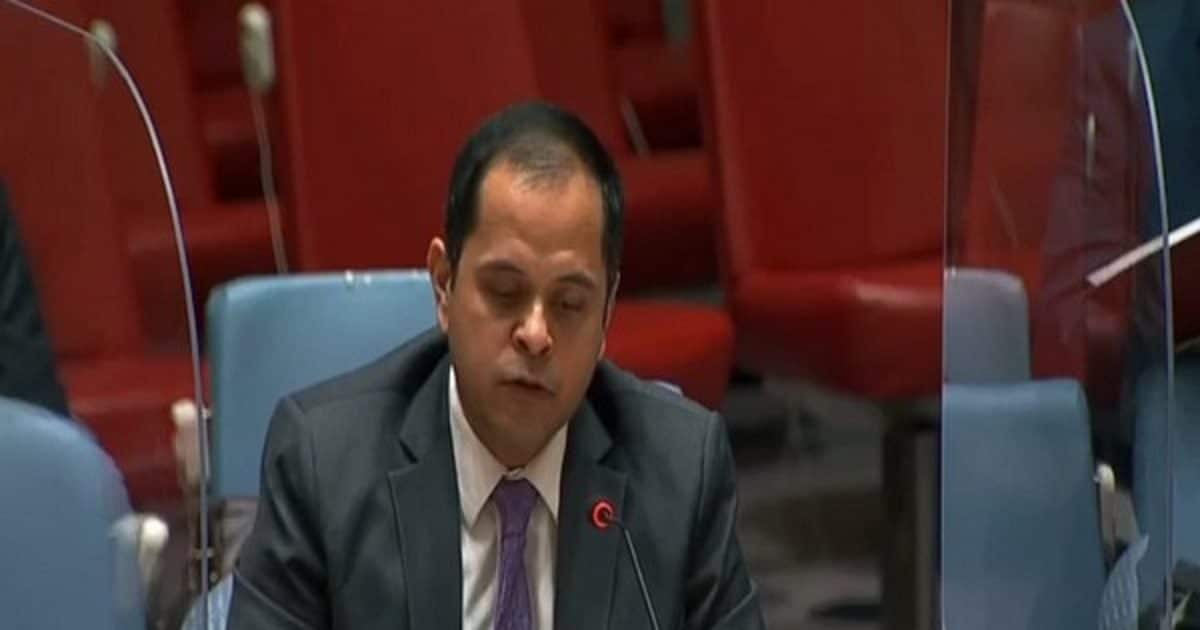 New York: India on Thursday slammed Pakistan for raising the Kashmir issue during the UN General Assembly debate, calling it a “desperate attempt to spread lies”. India’s Permanent Ambassador to the UN Prateek Mathur said, ‘Today when we are meeting to discuss UNSC reforms, a representative of Pakistan has again made an inappropriate reference to Jammu and Kashmir. Jammu and Kashmir remains an integral and inseparable part of India, irrespective of what the representative of Pakistan believes. He made this comment during the United Nations General Assembly (UNGA) meeting on the United Nations Security Council in India’s ‘right of reply’.

Indian Ambassador Prateek Mathur said, “Pakistan’s desperate attempts to spread lies and its bad habit of violating the sanctity of multilateral global forums deserve collective criticism and perhaps even sympathy.” The strong response from India to Pakistan’s false claims came during an important meeting of the UN General Assembly at the UN Security Council. Earlier, India’s Permanent Representative to the UN, Ambassador Ruchira Kamboj, made a similar representation to the UN Security Council. But gave G4 statement in UNGA. Let us tell you that G4 means the group of India, Brazil, Germany and Japan.

Growing activities of ISIS-K in Afghanistan a threat to world peace: India

Speaking on behalf of the G4 countries – Brazil, Germany, Japan and India – he said that the longer the reform of the Security Council is delayed, the greater will be its deficit in representation. Representation is a prerequisite for its validity and effectiveness. The Permanent Representative of India stressed that the time is right for the Security Council to bring its Charter in line with its responsibility to act on behalf of the entire membership. He said that this cannot be achieved without increasing the membership in both the categories. Only this Council will be able to effectively manage today’s global conflicts and increasingly complex and interconnected global challenges.