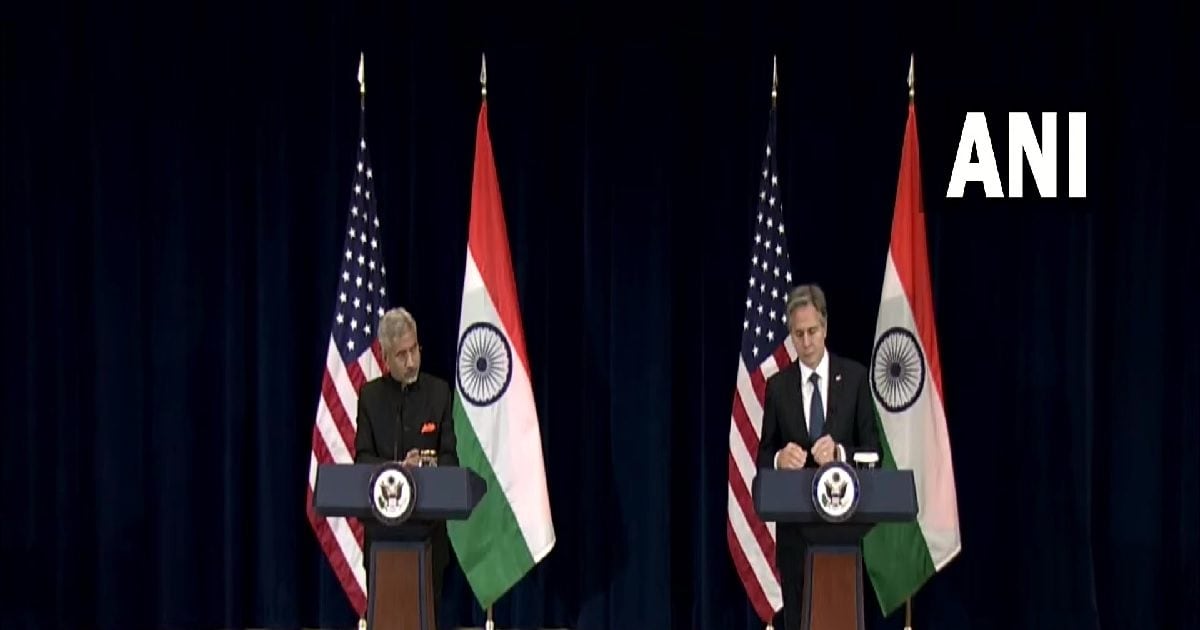 During the joint press conference, the US Secretary of State appreciated PM Modi’s remarks.

The US Secretary of State said that he could not agree more with PM Modi’s statement.

The US Secretary of State also clarified its stand on the $ 450 million military aid given to Pakistan.

Let us tell you that recently, PM Modi had told the Russian Prime Minister during his much-awaited bilateral meeting with Russian President Vladimir Putin on the sidelines of the SCO summit that this is not an era of war. PM Modi had said that today’s era is not of war and I have spoken to you on the phone about this. Today we will get an opportunity to talk about how we can move forward on the path of peace. India and Russia have been with each other for many decades. External Affairs Minister S Jaishankar said in a joint address that this dispute is not in anyone’s interest. The best way forward is to return to dialogue and diplomacy.

Describing the partnership between India and the US as “the most consequential” in the world, Blinken said, “no two countries have more capacity, opportunity and responsibility to try to shape the future”. He also addressed the question raised by the Indian Minister on the appropriateness of the US$450 million F-16 security assistance to Pakistan, and said, “This is an ongoing program for the F16s, which Pakistan Has been around for a long time. This is not a new thing, they have to maintain what they have. We have a responsibility and obligation to anyone to whom we provide military equipment.

India’s comment
Speaking during the conference, External Affairs Minister S Jaishankar said, “In today’s meeting, we discussed our political coordination, exchanged assessments on important regional issues and cooperation on global challenges. In this regard, I will specifically mention the Ukraine conflict and the Indo-Pacific situation.” Apart from this, S Jaishankar said that we are worried about the price of oil. The price of oil is breaking our back. This is our big concern.

Share
Facebook
Twitter
WhatsApp
Linkedin
Email
Telegram
Previous articleMaking objectionable ‘Meme’ on CM Mamata Banerjee costly for Youtuber; Arrested! Know the whole matter
Next articleWhat did S Jaishankar say in front of the US Secretary of State on the purchase of oil from Russia and the F16 fighter plane?

Beyond Qatar: The Arab Region’s Problematic Treatment of Foreign Workers