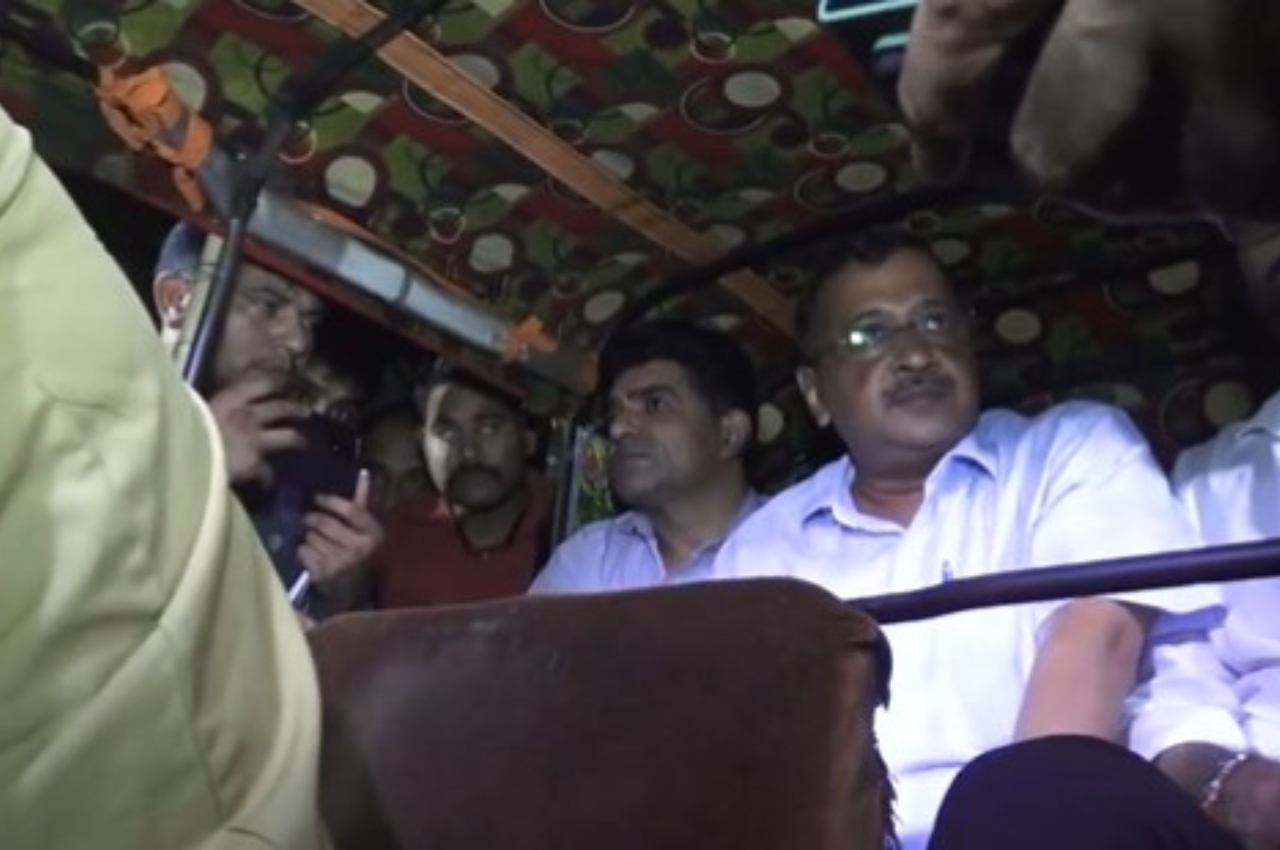 New Delhi: Aam Aadmi Party’s national convener and Delhi Chief Minister Arvind Kejriwal was stopped by the police in Ahmedabad on Monday. Actually, Kejriwal was invited by an auto-rickshaw driver to his house for dinner. Kejriwal had accepted the invitation and was on his way to the auto driver’s house along with two party leaders.

I belong to the people, I want security from the public. To arrest in the name of police protection

Need security. How to stop… from mass communication? pic.twitter.com/8LITHHlspc

A video was shared from the Twitter handle of Aam Aadmi Party after being stopped by Gujarat Police. It was written that the BJP government stopped Arvind Kejriwal from going to the auto driver’s house for dinner. During this, Kejriwal said that I am a man of the people, I want to meet people. I don’t want such protection. In the name of security, the police want to arrest me.

Kejriwal is on a two-day visit to Gujarat as part of the Aam Aadmi Party’s campaign campaign for the assembly elections to be held in Gujarat later this year. On Monday, he addressed a gathering of auto-rickshaw drivers in Ahmedabad.

After his address, an auto rickshaw driver named Vikram Dantani, a resident of Ghatlodia area of ​​the city, invited Kejriwal to his house for dinner, which Kejriwal accepted. Vikram said I am your fan.

Vikram said that I have seen a video on social media in which you went to eat food at an auto driver’s house in Punjab. So will you come to my house for dinner? The Chief Minister of Delhi immediately responded positively to the invitation. Kejriwal said that the autowalas of Punjab and Gujarat love me.

Share
Facebook
Twitter
WhatsApp
Linkedin
Email
Telegram
Previous articleDarkness of eyes can spoil the beauty, bring glow with these eye masks
Next articleWhere is the house of Bigg Boss, how much is the price, who is the owner of this house? The answer to all your questions is here