Video: Father had come to pick up his daughter from college, when the boys were stopped from molesting they were beaten up 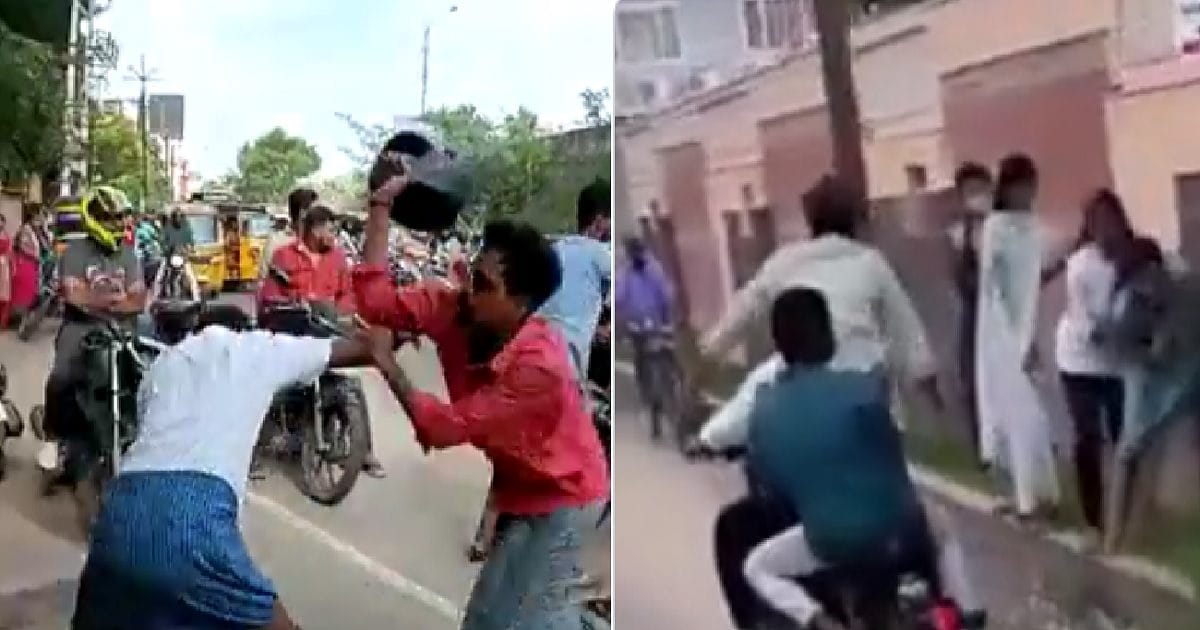 When the girls were coming out of the college, a funeral procession was going out near the college gate.

Seeing these girls leaving the college, many youths started dancing and singing and molesting them.

This incident is of November 2, after the video of which went viral, the police arrested 6 people in this regard.

Madurai. A shocking video has surfaced from Madurai, Tamil Nadu, in which some rowdy boys are seen chasing and thrashing a man in front of a girls’ college institute. This incident is of November 2, after the video of which has now gone viral, the police have arrested 6 people in this regard.

According to the information received, this incident happened near Sri Meenakshi Government Arts College for Women located in Madurai. Here P. Senthamil Pandian, a 50-year-old man from Aruldospuram, had come to take his daughter home from college, when these youths thrashed him.

According to the police, at around 3.30 pm, when the girls were leaving the college, a funeral procession was taking place near the college gate. When the girls passed from there, many youths started dancing and singing.

Madurai violence against College girls & their parents is horrific.

Like we repeatedly say Mr.#MKStalin is the weakest ever Chief Minister Tamil Nadu has ever had.

Law & Order plummets because he neither inspires nor is vigilant against trouble makers.pic.twitter.com/LgRFAUXlxg

According to the report of the English newspaper The Hindu, when Senthamilan interrupted these youths, some of them beat him up and pushed him down.

#WATCH, TN:Some youths assaulted a parent who’d come to pick up his daughter from Sri Meenakshi Govt Arts College for Women in Madurai on Nov 2

After the video of this case surfaced, the police administration is surrounded by questions. Tamil Nadu BJP spokesperson SG Surya, while targeting the DMK government in the state, termed the incident as “horrific”. He tweeted, “…as we say time and again Mr MK Stalin is the weakest CM of Tamil Nadu ever. Law and order has collapsed, as he neither inspires nor alerts miscreants.

At the same time, the Commissioner of Police of Madurai said that so far 6 people have been arrested in the incident. A case has been registered against the woman under sections 341, 308, 506 (ii) and Tamil Nadu Prohibition of Harassment of Women Act.

Share
Facebook
Twitter
WhatsApp
Linkedin
Email
Telegram
Previous articleWhy did Sooraj Barjatya say that I will not make Salman Khan a hero? Why scared of Amitabh Bachchan? , ENT LIVE
Next articleSpecial tribute to Virat Kohli on his birthday, 5000 balls used