VIDEO: Fire breaks out in slums in Mumbai’s Ray Road area, fire tenders and ambulances present at the spot 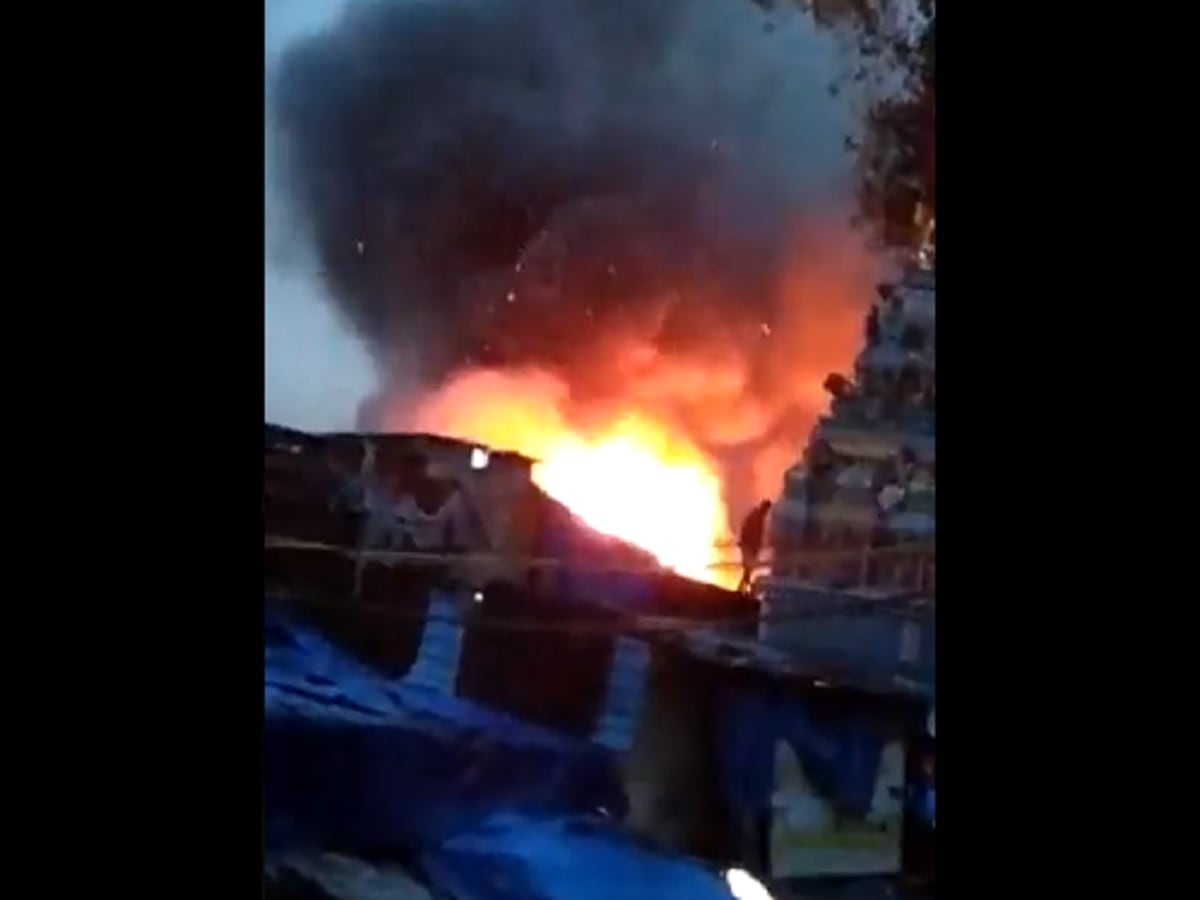 A fire broke out in a slum in Ganesh Nagar at around 7.21 pm.

Electrical wires, doors and windows, plastic sheets, clothing and household items were burnt in the fire.

The fire was brought under control around 10 pm, an official said.

Mumbai. Nine shanties caught fire in a slum in Ray Road area of ​​Mumbai, but no one was injured in the incident. This information was given by an officer. The fire broke out at around 7.21 pm in a slum in Ganesh Nagar in Kaula Bandar area, the official said. It is being told that this incident happened due to cylinder burst.

He said, ‘The fire also spread to nine slums. Electrical wires, doors and windows, plastic sheets, clothes and some other household items were burnt in the fire, but no casualty has been reported in this. He said that the fire was brought under control around 10 pm.

Maharashtra | A fire broke out in slums in Reay road area in Mumbai reportedly due to a cylinder blast. Fire tenders reached the spot. No injuries so far. Further details shall follow pic.twitter.com/8s4ujM0l9k

After the fire, personnel of the police department, fire brigade, employees of Mumbai Port Trust (MBPT) as well as ambulances were rushed to the spot. The cause of the fire is being ascertained, the official said.

Share
Facebook
Twitter
WhatsApp
Linkedin
Email
Telegram
Previous articleTeam India won the series 4-1 after winning the fifth T20 by 88 runs, the spinners took all 10 wickets
Next articleIndia’s dream of winning gold shattered, lost by 9 runs to Australia in the final, got silver