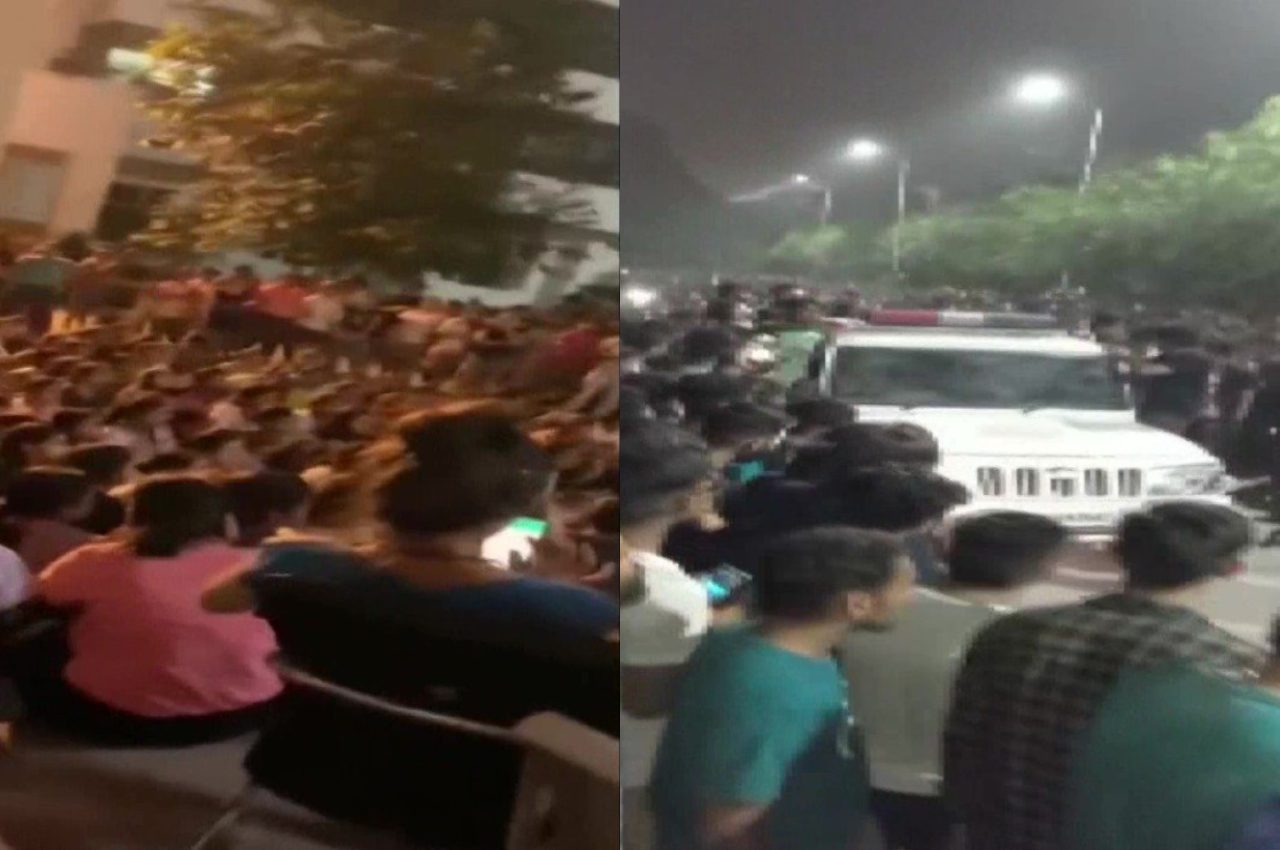 New Delhi: A girl has made a video of 60 girls taking a bath, which is now going viral on social media. The case is of Chandigarh University located in Mohali, Punjab. When the girls came to know about this, 8 of them tried to commit suicide.

The girl who made the video sent it to a boy from Shimla. The boy made this nude video viral on social media. When the girls came to know about this, at least 8 of them tried to commit suicide.

Punjab School Education Minister HS Bains has appealed to the students of Chandigarh University to remain calm and assured them that the guilty will not be spared. pic.twitter.com/5qI5Npb7pT

The girls were admitted to different hospitals at around 2.30 pm. The condition of one of these girls is said to be critical. Both the girl who recorded the video and the boy who went viral on social media belong to Himachal Pradesh. The girl who made the video has been taken into police custody.

Forensic evidence is being collected. No suicide attempt has been reported so far. The medical records of the students have been taken on record. People should not pay heed to any rumours: SSP Mohali Vivek Soni on Chandigarh University controversy pic.twitter.com/0FndNH6Mva

It is being told that the girl was making videos of other girl students while taking a bath for a long time. She was sending it to a boy from Shimla. The boy used to share it on social media platforms.

‘Management is pressurizing us’

The students of Chandigarh University allege that the university management is pressurizing them to suppress the matter. The girl students say that they complained to the college management, but they did not take any action in this matter.

Share
Facebook
Twitter
WhatsApp
Linkedin
Email
Telegram
Previous articleSports bike worth 16 lakhs, 4 riding modes and more, see this Beast in pictures
Next articleComplete this important work related to Demat Account by September 30, otherwise you will not be able to buy and sell shares