VIDEO: The elephant started playing football after entering the army camp, you will also be laughing after watching the video 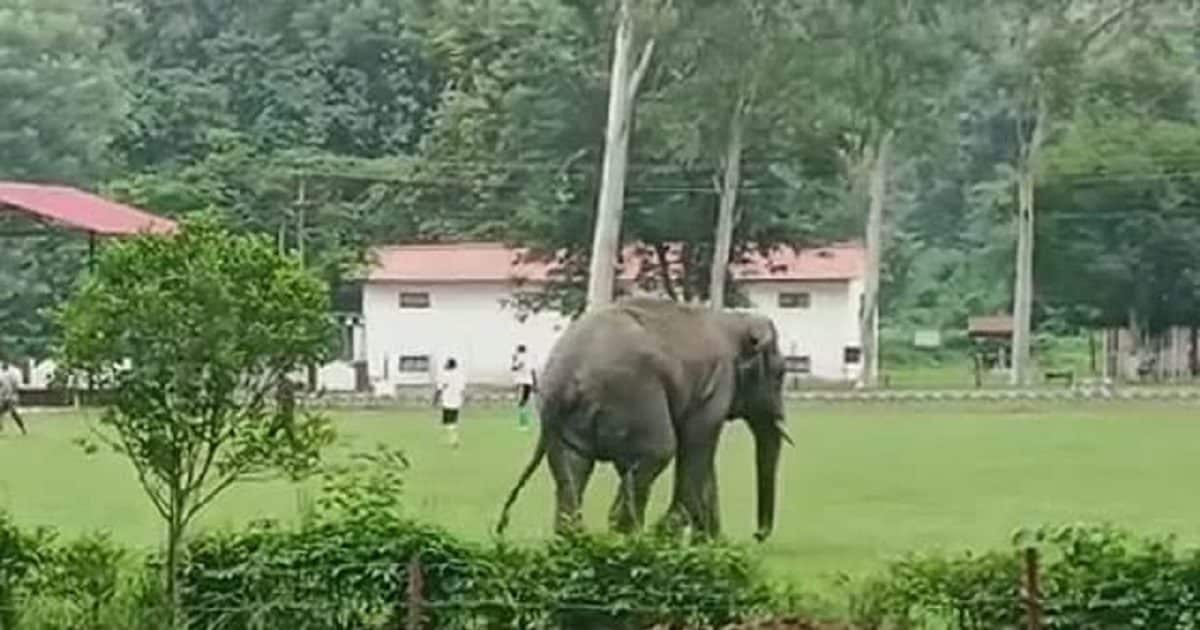 Guwahati: The video of an elephant becoming increasingly viral on social media has shocked people. In fact, this wild elephant took part in an army camp in Guwahati, Assam with the soldiers playing football and started imitating them. The video is very cute to watch, in which the elephant is seen pushing the ball around with its feet.

In a video widely shared on social media, the elephant is first seen watching people playing football in the campground across the street, but then walks in and surprises the playing group. Seeing the elephant entering the camp, everyone goes to the other side, but as soon as he enters, he moves towards the ball, kicks a little and then leaves.

People have liked this video being shared on social media. It is seen in this that when the elephant enters the field, it first sweeps the dirt of its back, after that it enters the field. On seeing the elephant, the players stop the match and make a distance from it. Meanwhile, the elephant kicks the football, seeing which the people present there shout with joy.

When the elephant gave birth to a child, a herd of elephants made a circle, watch this emotional video

After a small kick, the elephant then slowly leaves the field, its trunk raised high, as if saying goodbye friends. Local people said that it must have come in search of food and anyway there are many elephants in Assam. It is common to see herds of wild elephants wandering on the highways.