Viral Video: When a dead frog was found inside a bottle of country liquor, the salesman said – it is not our fault… 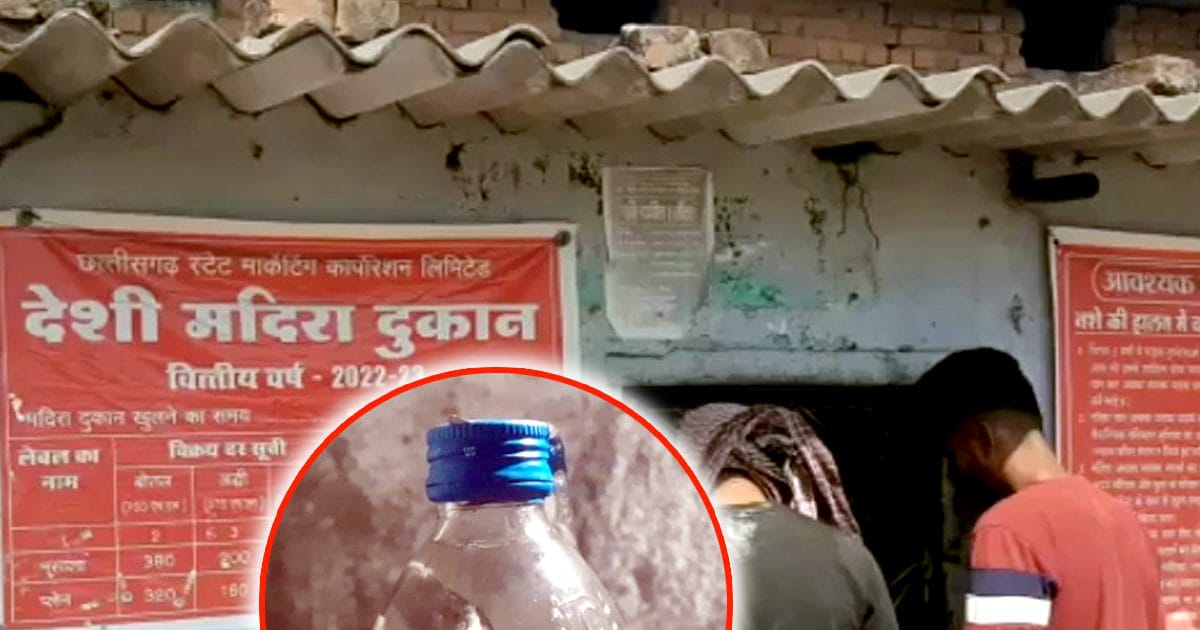 The supervisor told that it is not our fault in this, there has been a mistake in the packing.

Korba. A dead frog was found inside a liquor bottle in a country liquor shop running in Hardi Bazar, Korba, Chhattisgarh. When the person who took the liquor complained about it to the salesman of the liquor shop, then in a hurry, the bottle was returned to him and he was given another bottle of liquor. There is resentment among the people due to negligence in the packaging of liquor bottles.

The incident of finding a dead frog in a bottle of a country liquor shop operating in Hardibazar, Korba has angered the drinkers. When this incident happened, everyone was stunned. In a hurry, the salesman changed the bottle of liquor but the other people present there were shocked.

The supervisor told that it is not our fault in this, there has been a mistake in the packing. Whatever box of liquor comes, it comes from the warehouse and is scanned and given to the customers. The first such incident has come to the fore in this liquor shop.

Finding a dead frog in a wine bottle is not a common occurrence. This matter needs to be taken seriously by the government and action should also be taken against the contractor so that such incidents do not happen again.

Share
Facebook
Twitter
WhatsApp
Linkedin
Email
Telegram
Previous articleLook and interior of Ola electric car revealed, see awesome video of the car
Next articleConsumption of alcohol in diabetes can be dangerous, these problems will increase