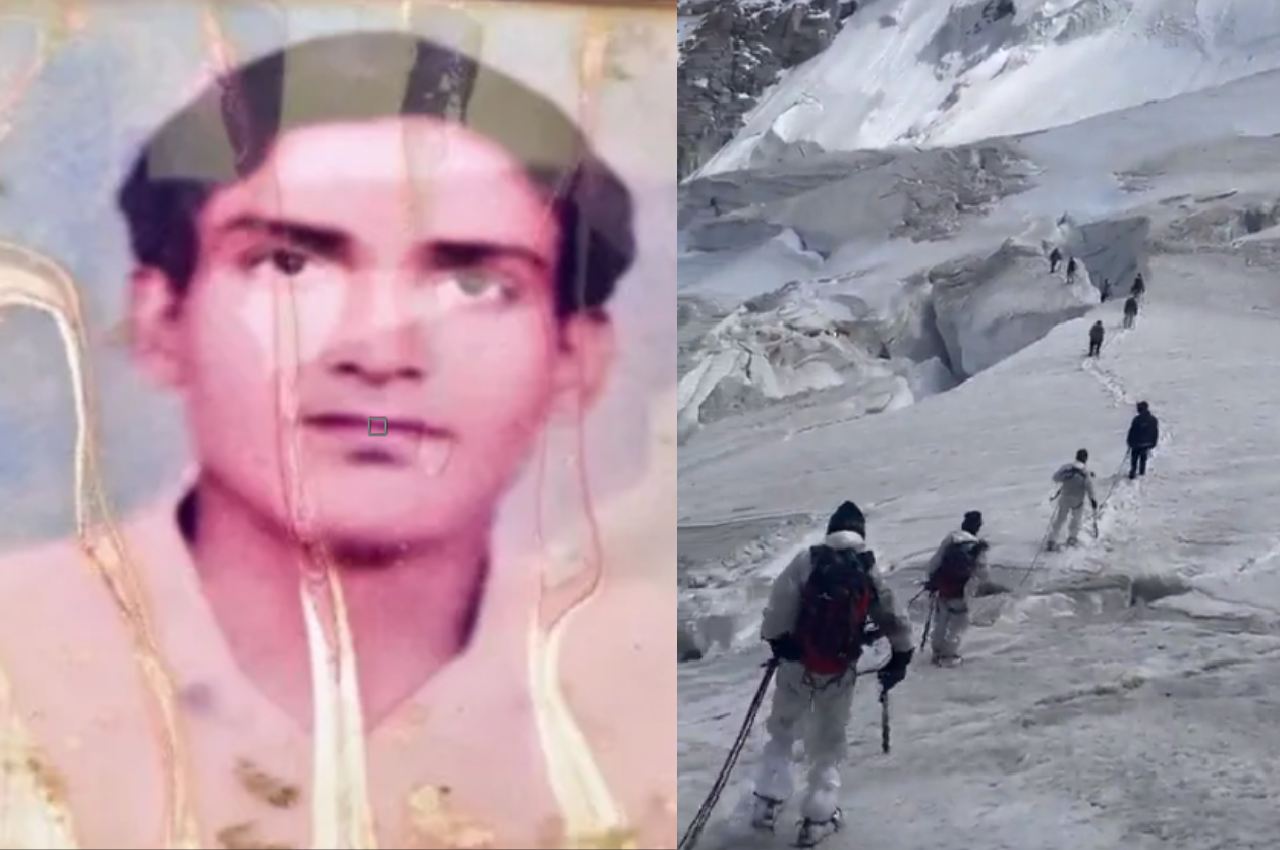 New Delhi: In an accidental recovery, the skeletal remains of an Indian soldier have been found after more than 38 years. Late soldier Lance Naik Chander Shekhar went missing after being hit by an avalanche. He has been missing since 1984.

On 13 August, the body of Lance Naik Chander Shekhar, who participated in Operation Meghdoot at Sachen in 1984, was found in an unused bunker in the glacier.

News agency ANI tweeted, “An Indian Army Patrol recovers the mortal remains of LNK (Late) Chandra Shekhar, who was posted at Glacier due to avalanche since 29 May 1984: Northern Command, Indian Army”

In another tweet, ANI reported, “Bone of a soldier was accidentally found at an altitude of more than 16,000 feet in Siachen on August 13. Besides the remains, a disc bearing the army identification number of Lance Naik Chandrashekhar was discovered.”

LNK (Late) Chander Shekhar was identified with the help of an identification disc bearing the number of his army which was intertwined with the mortal remains; More details recovered from official army records: Northern Command, Indian Army pic.twitter.com/aoUYVWeNwD

What was Operation Meghdoot?

The Indian Armed Forces’ operation to gain control of the Siachen Glacier in Kashmir, which started the Siachen conflict, was known as Operation Meghdoot. Meghdoot was the first military attack of its kind, and was carried out in the early hours of April 13, 1984, on the highest battlefield in the world.

The operation was successful in stopping Pakistan’s ensuing Operation Ababeel, which aimed to accomplish the same goal as Meghdoot. As a result, the Indian Army was able to take complete control of the Siachen Glacier.

Share
Facebook
Twitter
WhatsApp
Linkedin
Email
Telegram
Previous articleIndependence Day 2022: Know how the rupee fell from 4 to 80 levels against a dollar in 75 years
Next articleChina is conducting new military exercises around Taiwan during a visit by a US congressional delegation CNN – Latest US News Hub