What are the new ways Congress is adopting to choose the president, read interesting report 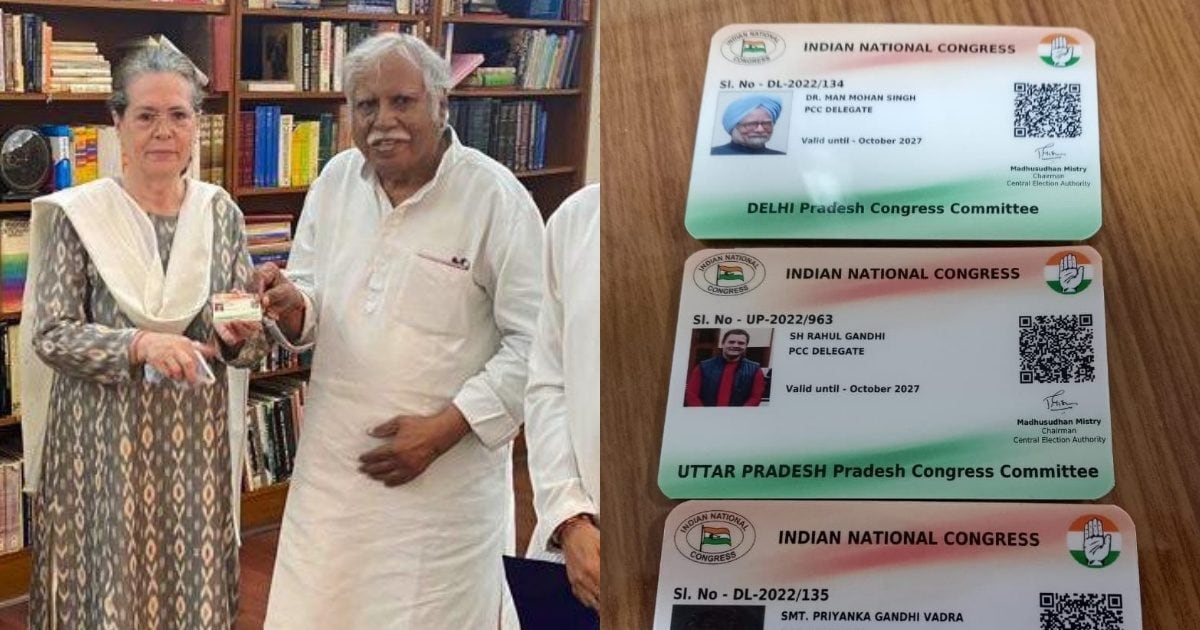 New Delhi. The preparations for the election for the post of National President of Congress have intensified. The representatives will be given ID cards with QR codes. The voter list for the party president election is public. Meanwhile, Sonia Gandhi has said that she will not support anyone. In search of a face other than Gehlot, the Gandhi family wants someone they can trust. After 22 years, special arrangements have been made in the election for the top post in the Congress.

The last election for Congress President was in 2000, when Sonia Gandhi contested against Jitendra Prasad. The current elections are also being held under pressure. G23 is raising questions as to why organizational elections are not being held. Apart from this, Sonia Gandhi wants to retire and Rahul Gandhi has clearly refused for the party president. That’s why the party needs these elections. A special office has been built in a corner room of the Congress office. Madhusudan Mistry is the Chief Electoral Officer and has a team that works round the clock to oversee the arrangements.

Such QR ID cards have been issued to the voters.

Gandhi family wants to give the message of transparency
Transparency is the mantra of these elections and this is the message Gandhi family wants to give. Many new features have also been made in it. The representatives or voters will be given ID cards with a QR code. This will help the candidates to identify their supporters from among the representatives and file their nominations accordingly.