What is the difference between red ladyfinger or green ladyfinger? From price to immunity booster, know what are its benefits 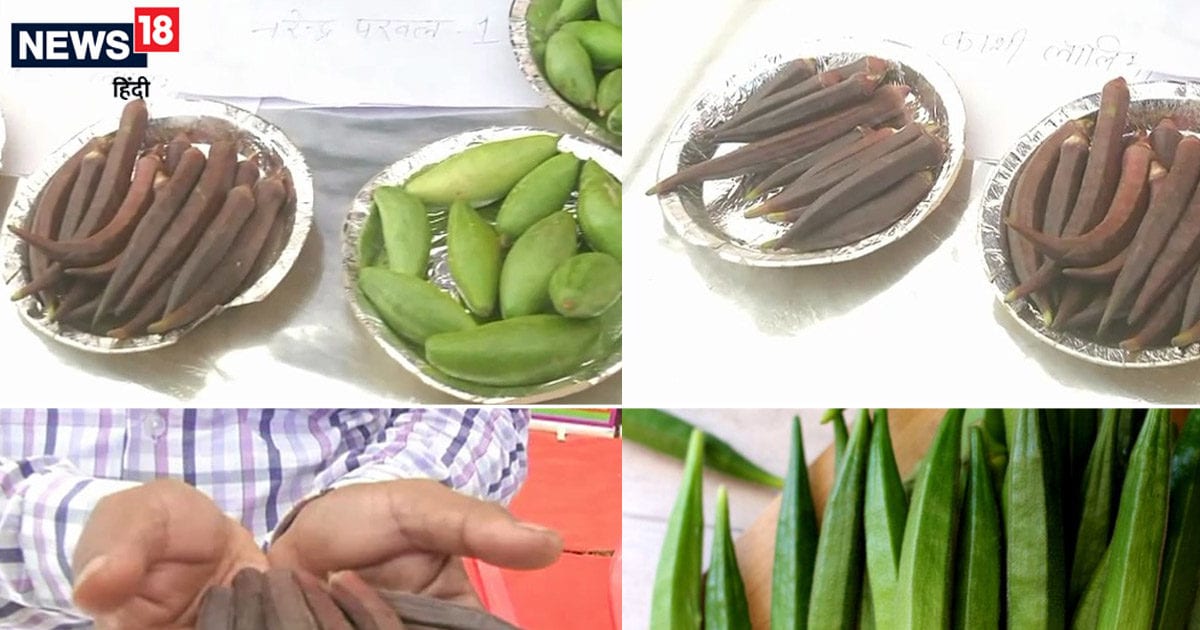 According to scientists, this ladyfinger is a medicine.

Meerut. More than one stall is attracting the attention of people in the agriculture fair of Meerut in Uttar Pradesh. Here the stall of red ladyfinger is also a topic of much discussion. When the scientists from Krishi Vigyan Kendra told the farmers about the importance of red ladyfinger and its cultivation, they were surprised how their income could be doubled.

Red ladyfinger is more of a medicine than a taste. It tastes just like a normal bhindi, but has 100 properties of immunity booster pills. Pregnant women, normal women, adolescent girls, normal persons, elderly people can eat it regularly. Spinach is said to be a source of iron in vegetables, but this ladyfinger is more beneficial than that. According to scientists, this ladyfinger is a medicine. It is good to grow it through organic farming. It has been developed as a bio fortify. If it is grown organically, its nutritional properties remain intact. In India, the demand for red ladyfinger is less in the general market, but it is in great demand in hotels, hospitals and organic stores. At present, the green ladyfinger is 60 rupees per kg. At the same time, the price of red ladyfinger ranges from 80 to 100 rupees per kg. It is being bought a lot in hotels, hospitals. It was told that eating red okra increases hemoglobin and iron in the body by 30%.

Women also showed their craftsmanship skills in the agricultural fair. Many such stalls were also seen where women have made special lamps, Ganesh Lakshmi etc. in view of Diwali. Women are also getting a lot of benefit by taking advantage of the government’s schemes.

Share
Facebook
Twitter
WhatsApp
Linkedin
Email
Telegram
Previous articleKangana Ranaut impressed by Rishabh Shetty’s Kantara, demanded to be sent to ‘Oscar’, said- ‘I will not be able to forget the film’
Next articlePhotos: See how is Baba Kedarnath’s sanctum, visit with PM Modi