When Indian Army did surgical strike by entering Pakistan, this is how it took revenge for Uri attack 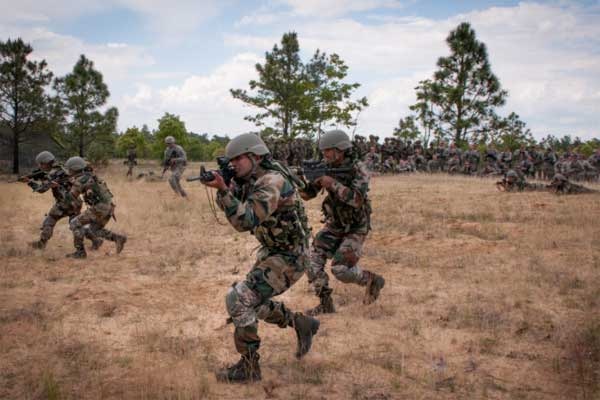 Surgical Strike: India has suffered many times from neighboring countries like Pakistan, terrorist organizations present in Pakistan constantly try to infiltrate into India and terrorist attacks are carried out. One such cowardly act also happened on 16 September 2016. When terrorists attacked the sleeping Indian Army soldiers. 18 soldiers were martyred in this attack in the army camp, but after this the response received by the Pakistani terrorists will still echo in their ears. 11 days after the terrorist attack, the Indian Army took its revenge by conducting a surgical strike.

How did the Uri attack happen?
Actually there was a camp of Indian Army in Uri of Jammu and Kashmir. The terrorists had hatched a plan to attack in this camp. The attack was carried out just before sunrise in the morning, when all the soldiers were sleeping. Four terrorists entered the camp and started firing. The tents of the sleeping soldiers were set on fire. This attack was carried out from an ambush, so the soldiers did not get a chance to escape. The result was that India lost 18 of its soldiers. At the same time, all the four terrorists were later killed.

the fire of revenge was smoldering
After this big terrorist attack, the fire of revenge started burning across the country. People were demanding that terrorists should be taught a lesson. During this, nothing was said from the government side, but behind the scenes the entire script of revenge was being written. Nobody got any idea about it. Terrorist bases were identified for this entire operation, it was decided where to attack and where terrorist camps are present. After this, on the late night of 29 September 2016, a team of para commandos of India entered Pakistan Occupied Kashmir (PoK). After entering about 3 kilometers inside, the soldiers of the Indian Army started their special operation. The soldiers destroyed all the terrorist bases present in PoK.

During this entire operation, the Pakistani army could not get any idea. As soon as Pakistan came to know about it, it sent its fighter jets to the border, but the Indian Army had returned after doing its work. Nothing could be found in the hands of Pakistan. In this entire attack, more than 50 terrorists were killed. This operation was named as Surgical Strike. PM Modi himself put this thing in front of the country, after which it was celebrated all over the country.

New CDS of India: The country got a new CDS, know what are their privileges and how much salary they get?

Share
Facebook
Twitter
WhatsApp
Linkedin
Email
Telegram
Previous articleChildren of working parents get mentally disturbed, identify in these 5 ways
Next articleAyan Mukerji broke his silence on the negative review of Brahmastra, said- I am waiting for the right feedback ..