While being CJI, NV Ramana took many big decisions, from media to ruling party also reprimanded 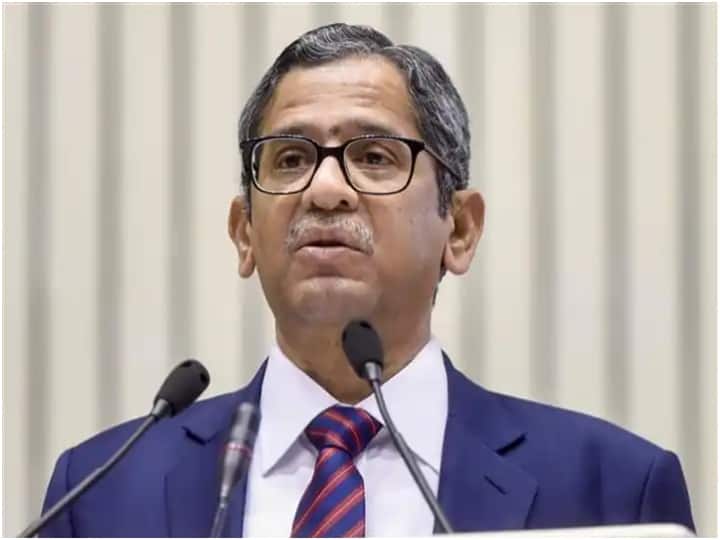 NV Raman: Nutalapathy Venkata Ramana or NV Ramana, who was the 48th Chief Justice of the country, retired on Friday. Justice Ramana’s tenure as a judge of the Supreme Court lasted for more than 8 years. He held the post of Chief Justice for about 16 months. Soft-natured Justice Ramana is recognized as a judge who takes tough decisions. Even on the last day of his working day, the 48th CJI implemented the 2018 judgment and made another achievement by ensuring live streaming of the proceedings of the Supreme Court.

Even in the last 48 hours of his tenure, the Chief Justice heard many big cases. Among them is the Bilkis Bano case. The security of PM Modi in Punjab includes hearing on Pegasus case including dent case and review petition of ED’s powers. A bench headed by NV Ramana also heard the Gorakhpur riots in 2007, Karnataka Mining, Rajasthan Mining Leading and Bankruptcy Cases including free schemes in elections.

NV Ramana, the CJI, has always taken path-breaking judicial and administrative decisions including quashing the sedition law, reviewing money laundering verdicts, ordering investigations into the Pegasus espionage and Lakhimpur Kheri cases and serving a record 11 judges in the apex court and high courts. This includes the appointment of more than 220 judges.

Students also associated with politics during college days
Born on 27 August 1957 in Ponnavaram village of Krishna district of Andhra Pradesh, Justice Ramana participated in the Jai Andhra movement at a young age for the rights of the people of Coastal Andhra and Rayalaseema. He was associated with student politics during his college days and also did journalism for some time. Ramana started his practice in February 1983 and was also the Additional Advocate General of Andhra Pradesh. He was also a lawyer for several departments of the central government, in 2000, he became a permanent judge of the Andhra Pradesh High Court. He was the Chief Justice of the Delhi High Court before his appointment to the Supreme Court in 2014.

What were the big decisions taken by NV Ramana, who was CJI

NV Ramana reprimanded the media from the ruling party as well

Twitter War: A Twitter war broke out between the Chief Ministers of Delhi and Assam, Kejriwal said – When should I come to see the government school?

Share
Facebook
Twitter
WhatsApp
Linkedin
Email
Telegram
Previous articleThis app will make your smartphone a CCTV Camera, will be able to monitor the whole house without spending money
Next articleWhere did BJP give a big blow to JDU? Know in which way Lalan Singh gave the answer