Why did cheetahs become extinct from India? There are many reasons from hunting to domestication 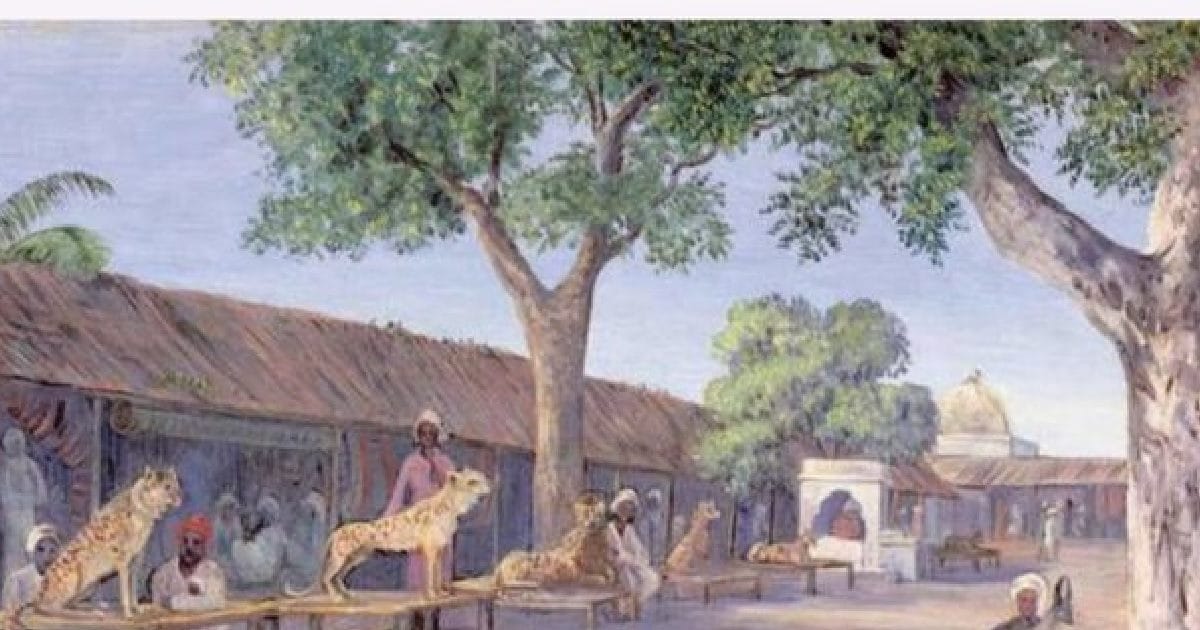 In India, cheetahs were officially declared extinct in the year 1952.

After 70 years, efforts have been started to resettle the cheetahs back in the country.

New Delhi. 70 years after the extinction of cheetahs in India, the government has started efforts to resettle this wild Vidal back in the country. Prime Minister Narendra Modi on Saturday released eight cheetahs brought from Namibia in special enclosures at Kuno National Park in Madhya Pradesh.

However, in the midst of the joy of resettling these cheetahs, a question that arises in everyone’s mind is why did the cheetah become extinct in India? Experts count several reasons behind this, which News18 is putting before you.

Climate change, low fertility rates, hunting
According to a report by National Geographic, cheetahs are facing extinction worldwide as a result of climate change, hunting by humans and destruction of natural habitats. All these are reducing the size of their population.

This report further suggests that cheetahs’ own genes are also putting their existence at risk. Cheetahs have a low reproductive success rate and with fewer offspring, the population cannot grow or adapt to environmental changes.

A researcher included in the Indian delegation to the Conference of the Parties to the United Nations Convention to Combat Desertification (UNCCD COP 14) said that desertification was the primary reason for the extinction of the cheetah.

domesticated and sporting use
However, there were many other reasons behind the extinction of these cheetahs in India. A report published in the English newspaper The Hindu states that the unique characteristics of this Vidal contributed to his elimination. One of these was that it was very easy to tame: it was often trained to run down and hunt animals, almost like a huntsman, and then used in a ‘game’ called known as corsings… and thus were taken hostage in large numbers for use in hunting.

A photograph from the year 1878 shared by an IFS officer also throws a light on the cause of the extinction of cheetahs. In this, cheetahs are shown chained like pet dogs.

When #Cheetah are coming back to #India, A look at how the last of the lots were hunted, maimed and domesticated for hunting parties. Video made in 1939. 1/n pic.twitter.com/obUbuZoNv5

As The Hindu reports, the humility of this animal also worked against it. These cheetahs were so gentle that they were compared to dogs. The report said that it never scared people like tigers, lions and leopards.

The newspaper quoted English naturalist WT Blanford as saying, ‘The hunting cheetah is easily tamed. It takes about six months to bring him into a full state of obedience and complete his training. Many of these animals, when domesticated, become gentle and docile like dogs. They are happy to be pets and show good nature even with strangers, growling and rubbing their bodies like cats against their friends. When domesticated, they are usually kept chained to a cot or wall, or kept in a cage.’

extinction due to hunting
A report in the Indian Express has described hunting as a favorite pastime of Indian royalty, which has been going on for centuries. Cheetahs, which were easier to tame and less dangerous than tigers, were often used by Indian elites for sport hunting. The report states that the earliest record of cheetahs being used for hunting in India is in the 12th-century Sanskrit text Manasullas, written by the Kalyani Chalukya ruler Someswara III (who ruled from 1127–1138 AD) .

According to wildlife expert Divyabhanusingh, cheetah running or the use of trained cheetahs for hunting became a highly prevalent activity in the medieval period and was done extensively during the Mughal Empire. Emperor Akbar, who ruled from 1556 to 1605, was particularly fond of this activity and is said to have collected 9,000 cheetahs during his lifetime.

under British rule
The Indian Express report itself suggests that cheetahs were close to extinction during the British rule. However, he was not interested in chasing the cheetahs. The report states, ‘They used to hunt big animals like tigers, buffaloes and elephants. During the British Raj, forests were extensively cleared to develop settlements and establish indigo, tea and coffee plantations. This resulted in the loss of the natural habitat of these Vidals, which contributed to their extinction.

Tigers used to be the favorite prey of the British, but some Indian and British hunters used to hunt cheetahs. According to the report, there is evidence that the British authorities considered this animal to be a ‘predator’ and as early as 1871 began to reward money for killing cheetahs. In Sindh, the reward for killing a cheetah cub was Rs 6 and for killing an adult was Rs 12. According to environmental historian Mahesh Rangarajan, this administrative policy of the British Raj ‘played a major role in its (cheetah) extinction in India’.

When #Cheetah are coming back to #India, A look at how the last of the lots were hunted, maimed and domesticated for hunting parties. Video made in 1939. 1/n pic.twitter.com/obUbuZoNv5

Harmful mutations and inbreeding a threat
National Geographic reports how cheetahs are on the verge of extinction. According to the report, according to genetic analysis of wild cheetahs, they may have escaped two historical barriers, events that significantly reduced population sizes.

“When this happens, the few survivors go through inbreeding or mating with relatives,” the report said. Inbreeding reduces the size of the gene pool, which can lead to issues such as a reduction in genetic mutations and potentially harmful mutations. This makes it more difficult for the rest of the population to adapt to environmental changes and they are on the verge of extinction.