Why is it difficult for the opposition to oppose Murmu? 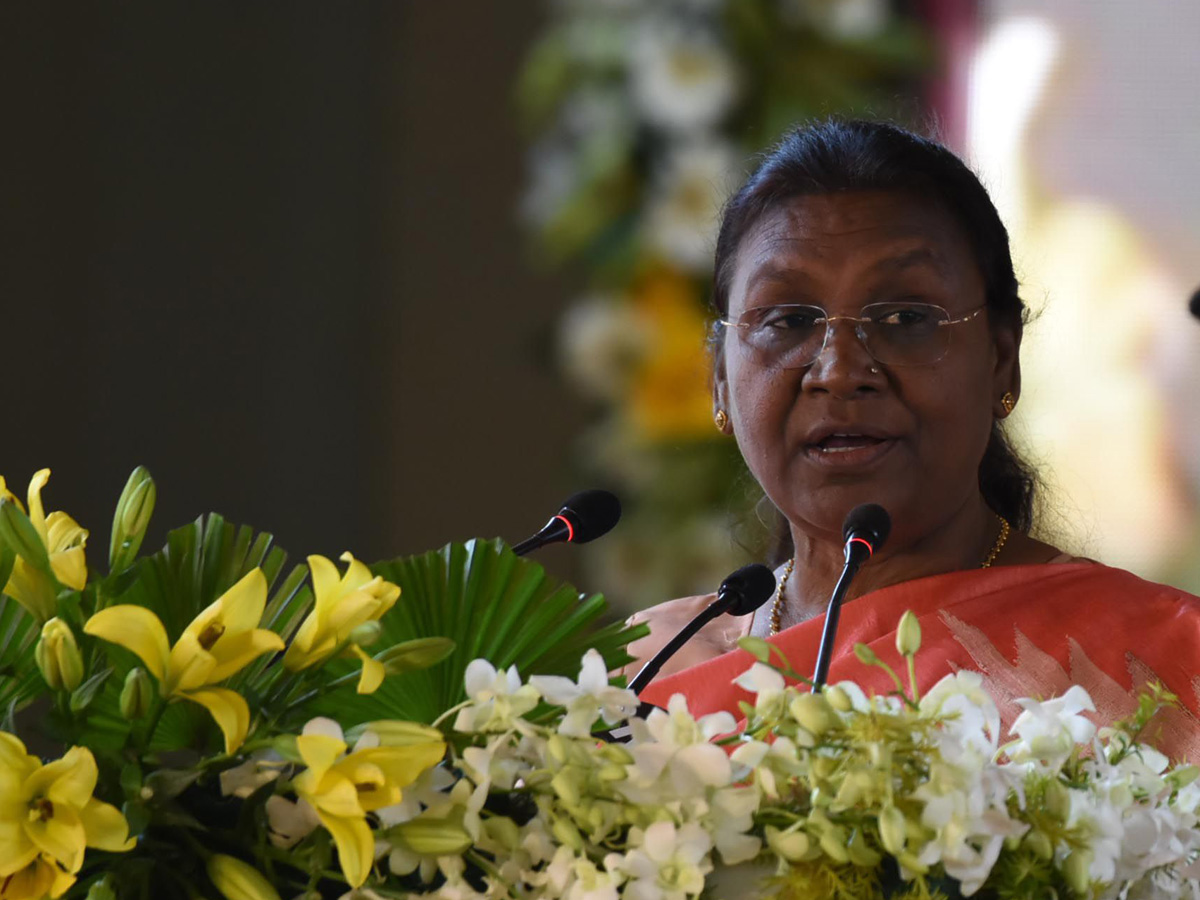 The BJP-led NDA has hit many targets with a single arrow by declaring Draupadi Murmu’s name as the presidential candidate. When Yashwant Sinha’s name was announced on Tuesday as the joint candidate of the UPA, the name was also announced by the NDA a few hours later. Now if there is no major political reshuffle, then Draupadi Murmu is almost certain to become the new President of the country. NDA has around 48 per cent votes. With the additional support of just one or two regional parties, it will cross the majority mark. The presidential election is to be held on 18 July. The kind of reaction that came soon after the announcement of Draupadi Murmu’s name immediately indicated that the arrow fired by the BJP hit the target. The opposition has already started appearing in a guise. It will not be easy for him to oppose Draupadi Murmu. The NDA has taken the lead in the battle of symbols in politics.

This time though the NDA is in a strong position in terms of numbers, yet it needs the support of other regional parties apart from its own votes. In the presidential election, West Bengal CM Mamta Banerjee and Telangana CM KCR were engaged in a campaign to unite all the opposition parties. They were also trying to get Odisha CM Naveen Patnaik in their court. On the other hand, the BJP was also not sure about the stand of Bihar CM Nitish Kumar and his party JDU. In such a situation, the first challenge before the BJP was to create such an equation, which the opposition could not break.

Read: ‘The country does not need a rubber stamp President, I am more constitutional…’

first hurdle over
By bringing the name of Draupadi Murmu to the fore, the NDA has crossed the first political hurdle and has prepared the equation according to its needs. As soon as Murmu’s name was announced on Tuesday, the first message of congratulation came from Odisha CM Naveen Patnaik. He expressed happiness over his claim by tweeting and said that PM Modi had also talked to him about it. Since she herself hails from Odisha, there is no doubt about Naveen Patnaik’s support. But it is not only about Naveen Patnaik. The dilemma will also be in front of Jharkhand CM and JMM party chief Hemant Soren. It will not be easy for Soren to vote for any other candidate except her when the country’s first tribal woman President is standing in front of her. That too when Soren wants to take a lead in tribal politics. Hemant Soren is constantly playing tribal bets in the state in the name of Sarna Dharma Code. There are about 28 percent tribals in Jharkhand, the support of which was largely supported by Hemant Soren. Although the opposition candidate Yashwant Sinha is also from Jharkhand, JMM’s dilemma will be bigger now. It is worth noting that when Murmu was the governor of Jharkhand, she had a very good relationship with Hemant Soren. Apart from this, due to her being a female tribal leader, it will not be easy for leaders like Mamata Banerjee or Sonia Gandhi to oppose her. A similar dilemma will arise in the Congress-ruled state of Chhattisgarh, which has a large tribal population. Many Congress MLAs have been elected from here, who got victory with tribal support. In such a situation, now there will be a similar situation of confusion in front of them. On the other hand, BJP’s ally JDU also does not have many options. Soon after the announcement of his name, party leader and Union Minister RCP Singh even congratulated him. However, RCP Singh is still angry with Nitish Kumar. Still, there is no doubt that the BJP has done political math by bringing the name of Draupadi Murmu to the fore.

set social equation
NDA has tried to improve and strengthen the social equation by revealing the name of Draupadi Murmu. There are assembly elections in Gujarat at the end of the year, and there too the tribal population is in decisive numbers in about one and a half dozen seats. The BJP’s performance in these seats was not as effective, but in 2019, it won more than half of the 50 seats dominated by tribals. Since then the party has paid special attention to making inroads among the tribal under the leadership of Narendra Modi. With this intention, the central government decided to celebrate the birth anniversary of Birsa Munda on November 15 as Tribal Pride Day in the country. Under this, the government is also going to organize programs on the glorious history, achievements and culture of tribal communities from November 15 to 22.

By the way, in the context of the whole country outside Gujarat, BJP under the leadership of Narendra Modi has paid a lot of attention to increase the mass base among Dalits, deprived, backward. Its first major impact was seen in the 2014 general election, when the BJP won 67 of the 131 reserved seats. In the 2019 general election, the party further improved its performance by securing 77 seats. By making a Dalit in the form of Ram Nath Kovind five years ago, and now a tribal woman as the President, the BJP has reinforced the notion that every section of the society gets respect in the government. This notion is going to come in handy in all the elections ahead.

Disclaimer: The views expressed above are those of the author.

Share
Facebook
Twitter
WhatsApp
Linkedin
Email
Telegram
Previous articleMuslim women will not get the freedom to wear burkini, the court reversed the decision
Next articlePreparations have been going on for several decades to deal with Russia… Finland’s army chief fearless of Putin, 82 percent of the people are ready to fight!