Will Nitish go with Lalu’s party if the matter is not made with BJP? JDU and RJD called meetings 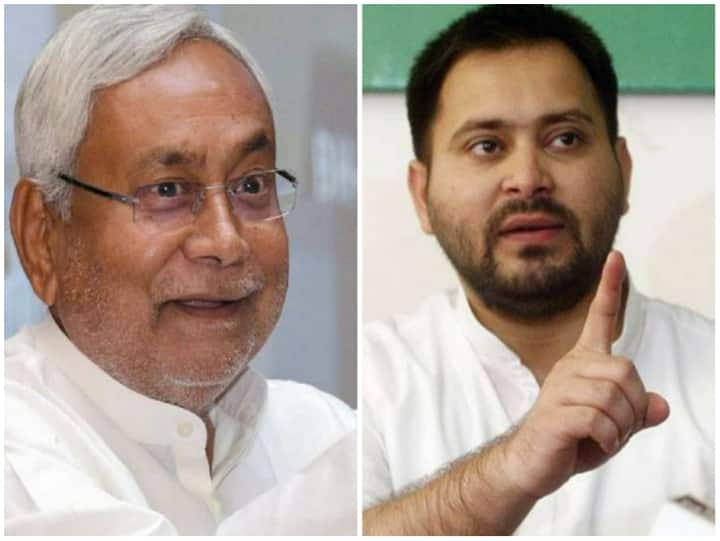 Bihar JDU MeetingIf there is no talk of BJP in Bihar, will Nitish Kumar go with RJD?Nitish Kumar) , Amidst these questions, a different important meeting of JDU and RJD is going to be held in Patna, the capital of Bihar today. The political drama that started in Bihar on Saturday has now turned into a war of all. The distance between BJP and JDU has given RJD a golden opportunity to return to power. There is turmoil in NDA. The alliance is on the verge of collapse. Meanwhile, the possibility of resuming the politics of manipulation increased. Amidst the political turmoil, separate meetings of JDU and RJD are going to be held in Patna today.

JDU has directed all its 21 MPs to reach Patna. All JDU MLAs and Legislative Council members will have a meeting at the CM residence at 11 am. RJD MLAs will also have a meeting at 9 am at Rabri Devi’s house. At the same time, Bihar Congress has issued a decree to all the MLAs to be present in Patna today. Seeing the stir in Patna, it seems that something big is going to happen today.

meetings will be held today

In Bihar, today i.e. on 9th August, JDU, RJD and HAM have called a meeting of the legislature parties. At the same time, Congress held a meeting a day before. This is no coincidence. Obviously something is brewing inside the politics of the state. An important decision can be taken in this meeting regarding the new alliance. If there is a new alliance, the numbers will be around two-thirds. In the Grand Alliance, the RJD has 79, the Congress 19 and the Left 16, ie a total of 114 MLAs. At the same time, the number of JDU-Hum is 49. All together there are 163 MLAs.

On the other hand, a day before the meeting, JDU spokesperson KC Tyagi said, “Nitish Kumar is the undisputed leader of JDU. He is respected by all the leaders and workers of the party. So there is no question of any division in the party. Whatever decision the party takes under the leadership of Nitish Kumar, it will be acceptable to all.

Meanwhile, Union Home Minister Amit Shah spoke to CM Nitish Kumar on the phone on Monday i.e. 8 August. However, it has not been revealed what happened between the two. But if sources are to be believed, if BJP accepts the conditions of JDU, then the government can remain in the state. At present, BJP leaders Ravi Shankar Prasad, Shahnawaz Hussain, Bhikhu Dalsania left for Delhi late in the evening. BJP will wait for Nitish’s decision.

Maharashtra Cabinet Expansion: These are the leaders of Maharashtra who can become ministers, know everything about them

Share
Facebook
Twitter
WhatsApp
Linkedin
Email
Telegram
Previous articleChanakya Niti: If you get into a relationship, then these 3 things go away
Next articleChhaparfad Returns: Knowing the returns of these stocks, you will also say- I wish! I would have invested money in these too