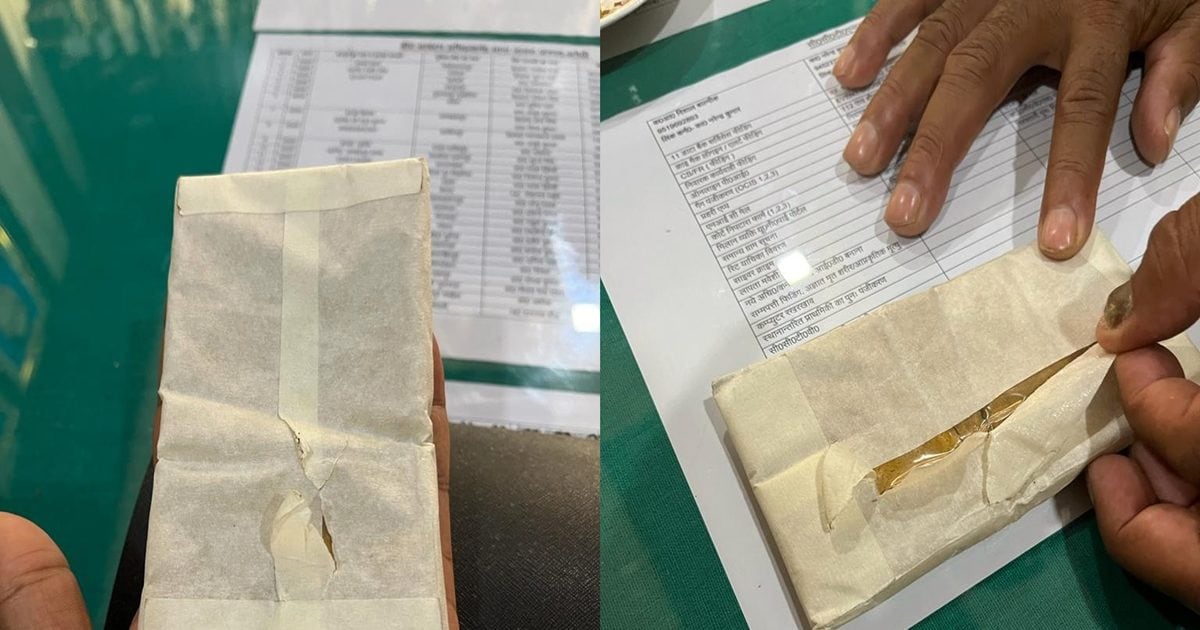 Amethi. The smuggling of gold from Dubai across the seven seas to India continues. Throwing dust in the eyes of the officials of the Customs Department posted at the airport, a young man reached Amethi with millions of cash and lakhs of gold chocolates without any knowledge. Suspecting the gold being chocolate, the young man sold some part to a businessman in Lucknow. The smugglers from Dubai also reached India and caught the young man when the delivery was not done at the place mentioned by the smugglers sitting in Dubai.

Meanwhile, during the late night checking, the local police detained seven people from the SUV car. During the search, 11 lakh 32 thousand rupees in cash and 506.7 grams of gold chocolate were recovered from the car. The police handed over the chocolates and cash along with the detained people to the officials of the Customs Department.

Actually, this whole matter is related to the town of Jais police station area, where Ikar, a resident of India, had gone to Dubai in the last September to earn money. Iqrar could not get a job in Dubai. While looking for a job, all the money of the contract was also exhausted and there was no money left for the return ticket. After wandering in Dubai for several days, Iqrar met a man named Liaquat. Liaquat put a condition on sending a parcel to India to send Iqar back to India. Iqrar accepted the condition and reached Jais at his home two days ago with the packet given by Liaquat.

On reaching home, Ikrar started getting calls for parcel delivery, after which Ikrar, on suspicion, informed brother Irfan about the whole matter. After there was a huge network of gold smuggling, five people from different areas of Dubai and India reached Jais, where everyone met. During the late night vehicle checking, Jais police stopped the Rajasthan number vehicle near Mojamganj intersection and searched, then 11 lakh 32 thousand rupees and 506.7 grams of gold were recovered from the vehicle. When seven people sitting in the car were taken into custody and interrogated by the police, it came to know that all this gold and money was smuggled from Dubai to India.

After interrogation, the Jais police immediately informed the customs officials about this matter, after which the customs officers who reached Amethi this morning left with the seven detained people and cash gold.