Apart from gold and silver, these things will be bought fiercely on Dhanteras, estimated business of 40 thousand crores 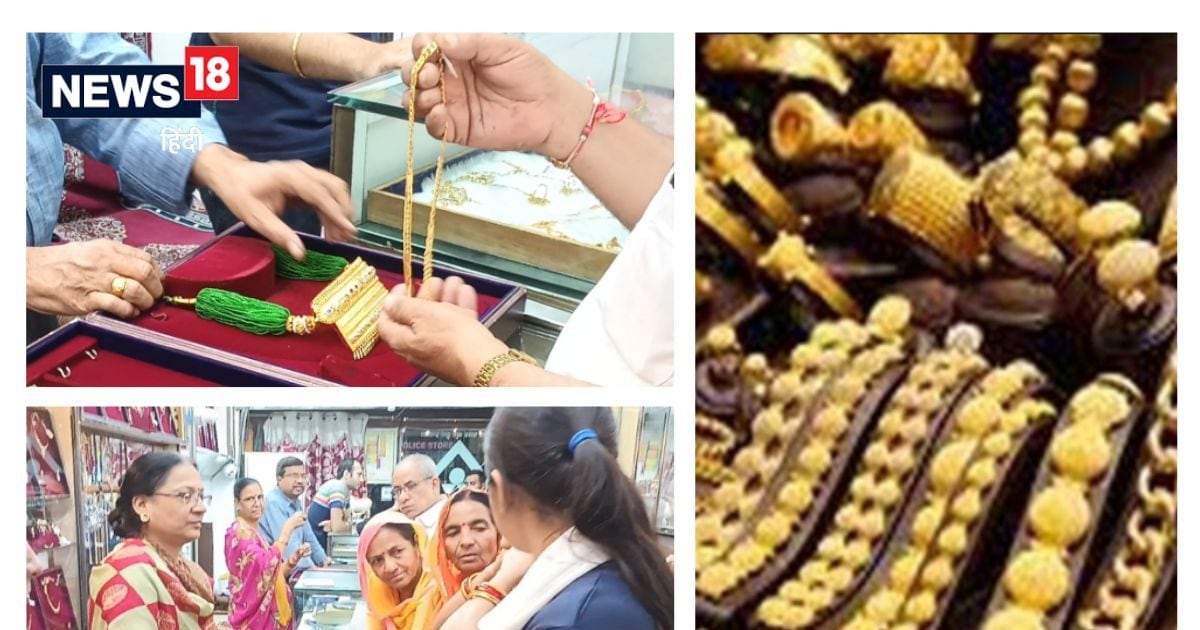 New Delhi. The festival of Dhanteras is being celebrated in India for two days. People shop fiercely on this festival being celebrated on 22nd and 23rd October, in such a situation, a business of 40 thousand crores is being estimated across the country.

BC Bhartia, National President of Confederation of All India Traders (CAT) and National General Secretary Praveen Khandelwal said that on October 22, about Rs 15 thousand crore across the country and tomorrow about Rs 25 thousand crore by adding about Rs 40 thousand crore retail trade. estimate of.

It was told by CAT that on the day of Dhanteras, Siddhi Vinayak Shri Ganesh ji, Goddess of wealth Mahalakshmi and Kuber ji are worshipped. Buying a new item on this day is considered auspicious. On this day especially gold, silver, jewelery and other items, all kinds of utensils, kitchenware, vehicles, clothes and readymade garments, electronics, electrical goods and equipment, business tools such as computers and computer equipment, mobiles. , books of accounts, furniture, other accounting items etc. are specially purchased.

On the other hand, Pankaj Arora, National President of All India Jewelers and Goldsmith Federation said that there is great enthusiasm among jewelery traders across the country regarding the sale of Dhanteras in two days, for which jewelery traders have made elaborate preparations. An abundant stock of other items including gold-silver, diamond, etc. jewelry and jewelery of new designs has been kept. He said that along with this, a huge demand for artificial jewelery is also visible in the markets this year, while gold, silver coins, notes and idols are also likely to be bought in large quantities on Dhanteras. Although Sunday is a holiday, but still gold and silver shops will remain open across the country.

Acharya Durgesh Tare of Ujjain, the convener of CAT’s Vedic and Astrology Committee and renowned Veda penetrating Ujjain, said that Dhanteras is being celebrated across the country only on 23rd. The appearance of Lord Dhanvantari also happened on the day of Dhanteras. Lord Dhanvantari is an incarnation of Lord Vishnu and also the god of medicine. It was Lord Dhanvantari who started Ayurveda in India. Due to being Trayodashi in Udayat Tithi on 23rd October, the entire day can be celebrated as Dhanteras. He said that taking the Udayat date as the basis, the Dhanteras festival should be completed only on 23rd.