Delhi-NCR Air Pollution: What should be the first aid in case of asthma attack? Learn important tips from the doctor 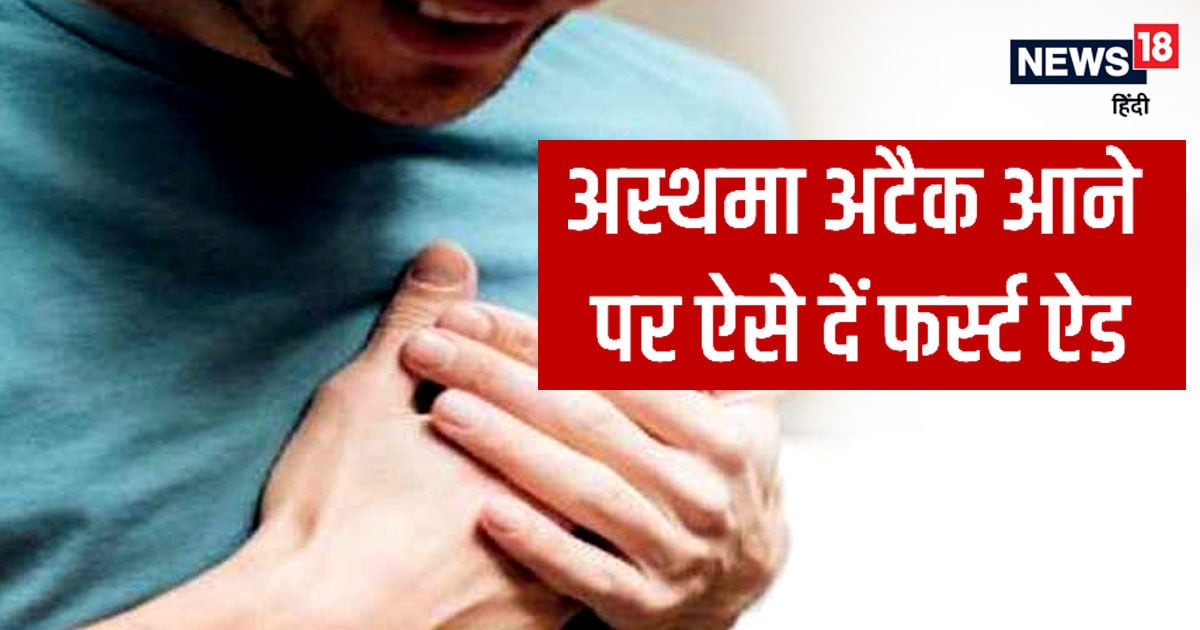 Lungs function test should be done after every three months to avoid an asthma attack.

Emergency medicines must be taken from the doctor for conditions like asthma attack.

Delhi Air Pollution & Asthma Attack First Aid: For the last few weeks, the air quality (AQI) of the capital Delhi and its surrounding cities is at a very critical level. Due to air pollution, people are facing problems like breathing problems, burning eyes and asthma attacks. In view of this, many people are also moving away from Delhi to places with clean air, so that trouble can be avoided. Air pollution is proving to be very dangerous for the patients of asthma and respiratory diseases. Asthma attacks are increasing rapidly due to lack of clean air. Asthma attack can be fatal. In such a situation, people should recognize its symptoms and give first aid immediately. After this a doctor should be contacted as soon as possible. Now the question arises that what is the first aid in the condition of asthma attack? Learn important things about this from a pulmonologist.

Are cases of asthma attacks increasing due to pollution?
of New Delhi Dr. Bhagwan Mantri, Pulmonologist at Moolchand Hospital According to this, many things including air pollution, weather changes and allergens can trigger asthma. Asthma patients are facing problems due to pollution and cases of asthma attacks have increased. After increasing the pollution, cases like difficulty in breathing, sore throat, severe cough, cold, chest tension are being seen the most. People suffering from asthma or other respiratory diseases are most at risk from pollution. Pollution causes a lot of damage to the lungs and prolonged exposure to pollution also increases the risk of lung cancer, throat cancer and other cancers.

Read also: Increase in uric acid can cause kidney stone problem. Learn how to control

What is the First Aid in case of Asthma Attack?
Dr. Bhagwan Mantri says that most people get confused about asthma attack and cardiac arrest. First of all it should be understood what kind of attack it is. Breathing problem is very high in asthma attack. People who are already suffering from the problem of asthma, they can identify it on the basis of symptoms. In case of asthma attack, first of all medicine should be taken through inhaler or nebulizer. If the symptoms are more during this time, then you can take more dose of inhaler. When an asthma attack occurs, the airways constrict and it becomes difficult to breathe. For this, doctors give some emergency medicines, which should be used. After first aid, one should go to the pulmonologist as soon as possible.

Read also: Headache all day is not a symptom of tumor? Learn how to identify from a doctor

Which people are at higher risk of asthma attack?
According to pulmonologists, asthma patients should undergo pulmonary function test every 3 months. The capacity of the lungs is seen in this test. Patients who have less lung capacity are more prone to asthma attacks. Vaccines can also be administered to avoid an asthma attack. Every year doctors apply this vaccine after seeing the condition of the patient. People who are healthy can also have breathing attacks or acute viral syndrome due to pollution. If such people have problems, they should immediately consult a doctor and take medicine.

How to protect against the dangerous effects of Air Pollution?
– At least you should go out of the house
Keep the doors and windows of the house closed
– Must go out only with a mask
Asthma patients take medicines on time
– Eat healthy food and drink plenty of water
– Can install air purifier in the house

Sunday Ka Rashifal: Will you be able to make Sunday a ‘fun day’ or will the mood be bad today? Read today’s horoscope