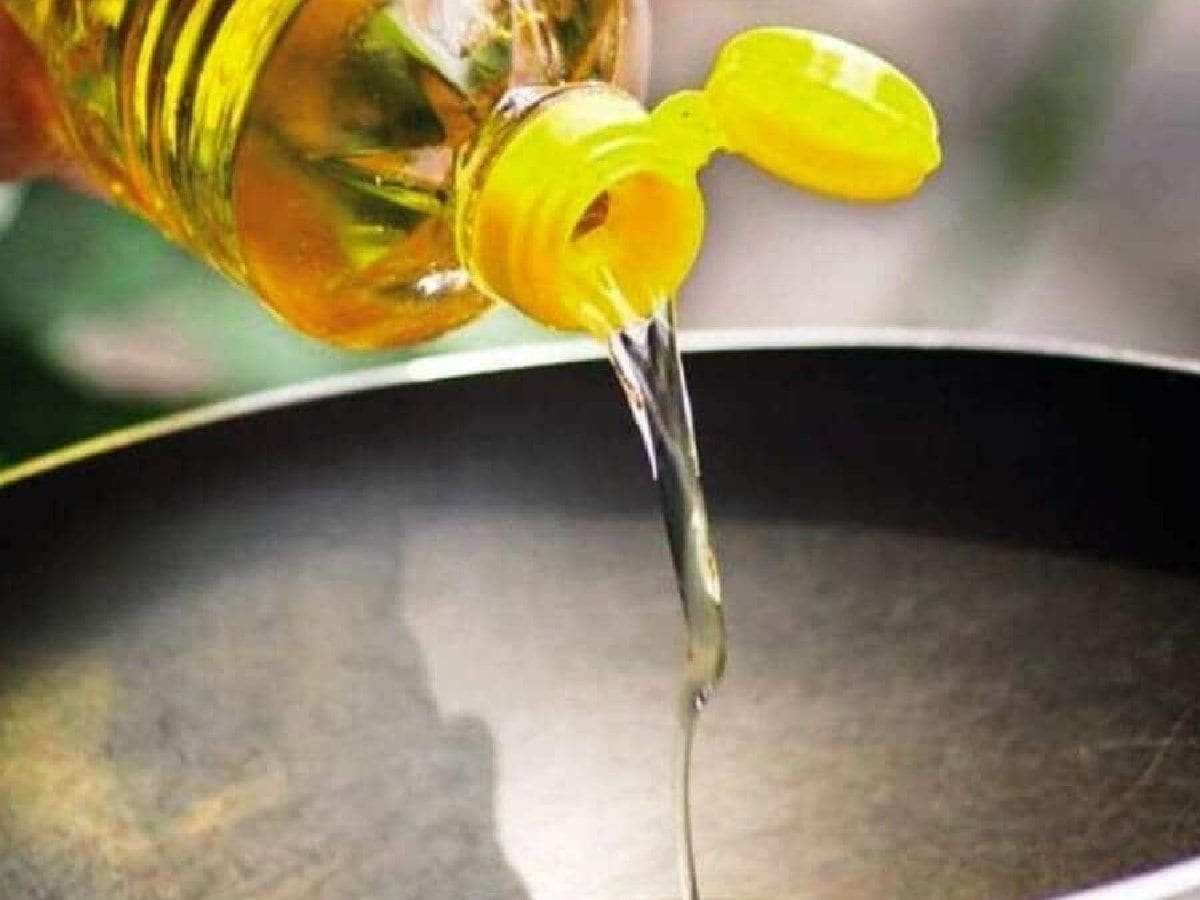 New Delhi. In the midst of rising inflation, there is relief news for the common man. Due to the breakdown of edible oils in foreign markets last week, almost all edible oilseeds including mustard, groundnut, soybean oil-oilseeds and cottonseed, crude palm oil (CPO), palmolein oil prices in oil-oilseeds markets across the country. ) recorded loss. There was no change in the prices of other oilseeds. Traders said oilseeds prices fell last week due to cheaper imported edible oils.

Edible oil prices expected to decrease by Rs 8-10 a liter in next 10 days
Sources said that in view of the sharp fall in global oil-oilseed prices, the government had called a meeting of oil unions and oil industry last week. In the meeting, representatives of oil associations and oil industry have assured to reduce edible oil prices by Rs 8-10 per liter in the next 10 days. The prices of edible oil and oilseeds are under heavy pressure in foreign as well as in the country, which is the main reason for the fall in prices.

Consumers are not getting the benefit of fall in prices
He said that despite assurances by the oil traders and representatives of oil organizations to reduce the prices of edible oilseeds by about Rs 10 a liter, the consumers are not getting proper benefit of the fall in global oil prices as the MRP is about 40-50 per liter as compared to the cost. Liter is more up to Rs. Even if there is a decrease of 10 rupees in this 50 rupees, then the consumers will not be able to get the proper benefit.

Giving an example, the source said, “The Argentine sunflower oil price at Kandla port is $1,550 per tonne or Rs 123.50 per kg. After adding the port cost and refining cost, the total cost will come to Rs 130 per kg. Now adding the cost of GST, packing and transportation on this, then the total cost is Rs 134 per liter. Now, if the margin of retail oil traders and refining people is also applied, then the price of this sunflower oil should be maximum Rs 145-150 a liter.

Also read- No good for adulterants! FSSAI will conduct a campaign till August 14 to investigate edible oil

He said that in the last two-and-a-half months, the prices of sunflower, soybean degum, palmolein and CPO have come down by Rs 75-85 a liter, but consumers are yet to get its due benefit. However, sources said that this sunflower oil is being available to the common consumers in the retail market at a price of Rs 190-200 per liter. Even after the reduction in the price, its price is only between Rs 180-190 per liter.

Need to control MRP in oil business
Sources said that there is a need to control the MRP in the oil business so that its MRP is more than the actual cost to a limit. Despite the sharp fall in the global edible oil prices and the meetings of the oil traders, neither the consumers, nor the farmers nor the oil industry are getting the benefit of the fall in edible oil prices.

Mustard oil is being sold in the retail market for around Rs 175 per liter
Sources said that the wholesale price including surcharge of mustard oil is Rs 135 per liter and in retail trade its maximum price should be Rs 155-160 per liter only. But in the retail market, mustard oil is being sold around Rs 175 per liter. He said that the new consignment of import of CPO, Palmolein will be cheaper by about Rs 20 per liter than the current weak price. The price of new consignments of sunflower oil is also expected to be Rs 25-30 cheaper than the current price.

Sources said importing edible oil from abroad is cheap, which is the main reason for the decline in edible oilseeds. . Similarly, soybean degum and palmolein have become cheaper than before, but it is too late to get its proper benefits.

Also read- The price of edible oil is expected to fall by Rs 10 to 12 more, the fall in global prices may benefit

exposure! Twitter’s secret team used to blacklist users, how was the company’s environment before Elon Musk

Relationship without wife’s consent is rape or not? Know the important decisions of the courts regarding husband, wife and sex