Gyan Ganga: Why did Narada Muni breathe a sigh of relief as soon as Shri Hari left? 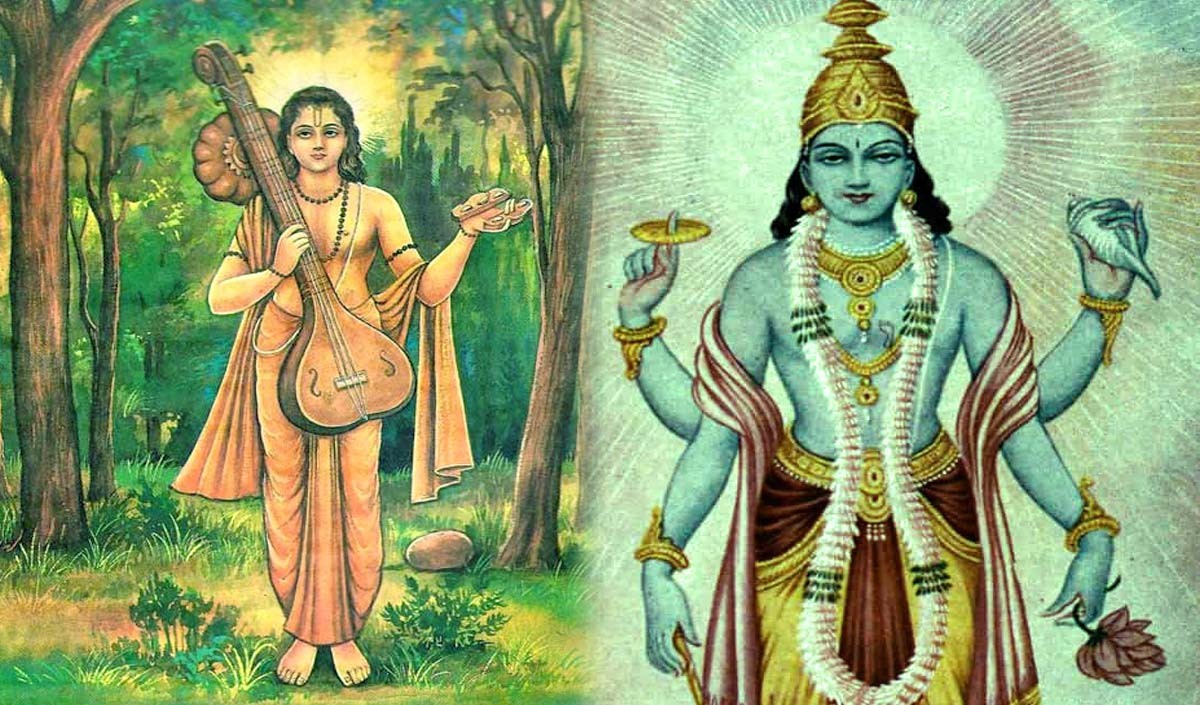 Lord Vishnu ji slapped the sage as if and said, O Muni Yogi, listen! Just as a patient suffering from disease asks for malpractice from a doctor, does the doctor give him that malnourishment? No. In the same way, I have also decided to do your best.

What did Devrishi Narad ji ask from Shri Hari ji? Not only that, O Lord! Give me your form Surely this should be the goal of any best seeker, that he should attain the form of his Lord. But the context in which the sage wanted to get the form of Shri Hari was different. People want to take medicine so that their disease is cured. But the sage wanted to take medicine only because he had fallen in love with the disease. If Devrishi Narad ji wanted it, he had to conquer the subjects. And it should be believed that the only main solution to that problem was that the sage should assume the form of Shri Hari. Then the request of Devrishi Narad ji was justified. But if the form of the Lord was helping in the cultivation of the subject, then since when the Lord had become so innocent or innocent that he would have readily agreed to give his form. They remained silent. But then a sentence came out from the mouth of Devrishi Narad ji, that Shrihari had to speak. The sage said-

Karhu so begi das I tora.

Srihari thought that there is anything. Even though the sages are going deeper and deeper into the quagmire of subjects, but still, words are coming out from their mouths towards Me, their slaves. Look, the sage has said only in words, not that I should only do his interest. And for that good, whatever measure I take, it has nothing to do with it. Now that the sage has told us, whatever method I should follow. So who can stop us now in doing the ultimate benefit of the sage. But even then we must give some indication to the sage, that what our mind really is. So while addressing Shri Hari Muni, he says-

Also read: Gyan Ganga: With what expressions did Lord Shrihari listen to the story of Narad Muni

Pay some attention to the words of Shri Hari ji. The sage had only said that, however, you should do my best. But Shri Hari has even said that Narada, you were talking only about your own interest. Lo, we are bent on doing your utmost benefit. We take a vow that we will do only and only that, which is not only in your interest, but in the ultimate interest. Apart from this we will not do anything else. You understand this very well that our word is never proven false.

Also read: Gyan Ganga: How did Devrishi Narada get caught in the beauty loop of King Sheelnidhi’s daughter?

When the sage heard this sentence, he was filled with joy in his heart. Come on, now even God is with us. He is also promising that he will help us in every situation. The sage felt that now there is no point in pursuing further talks. So why not work towards your goal? Seeing the sage in his own world like this, Shrihari thought, that the sage is feeling, now where is the interest in my words. But the main thing I had to say now. But sages are, that they are still deaf to my words. But even then, it is necessary to teach this lesson. Such thinking Shrihari said his words-

Ehi Bidhi Hit you, I will sit.

Where is the innermost God fearful?

Lord Vishnu slapped the sage as if and said, Hey sage yogi! Just as a patient suffering from disease asks for malpractice from a doctor, does the doctor give him that malnourishment? No. In the same way, I have also decided to do your best. These were the last words of Srihari. And by saying this he became enthralled. Even a simple intellect could understand the meaning of such cryptic yet simple words of Srihari. But the Muni did not bear anything. They could not even understand that Shri Hari was calling him a sick person in many things. And the subject is called malaise. He did not feel bad even in the slightest of being contemplative of God. Whereas before that they never wanted that the image of God should ever be blind from their eyes. But today the sage felt that when God has given his blessings. So why are they not leaving from here now? As soon as the Lord leaves from there, the sage takes a breath of peace. That if let Shrihari go away from here. He did not understand anything of what Srihari said while leaving. Because Maya didn’t let them get away with anything. When the sage saw that Lord Vishnu is gone, he immediately reaches the place where the Swayamvara land was built.

Can sages succeed in their goals by going there? Will know in the next issue—(respectively)—Jai Shri Ram.