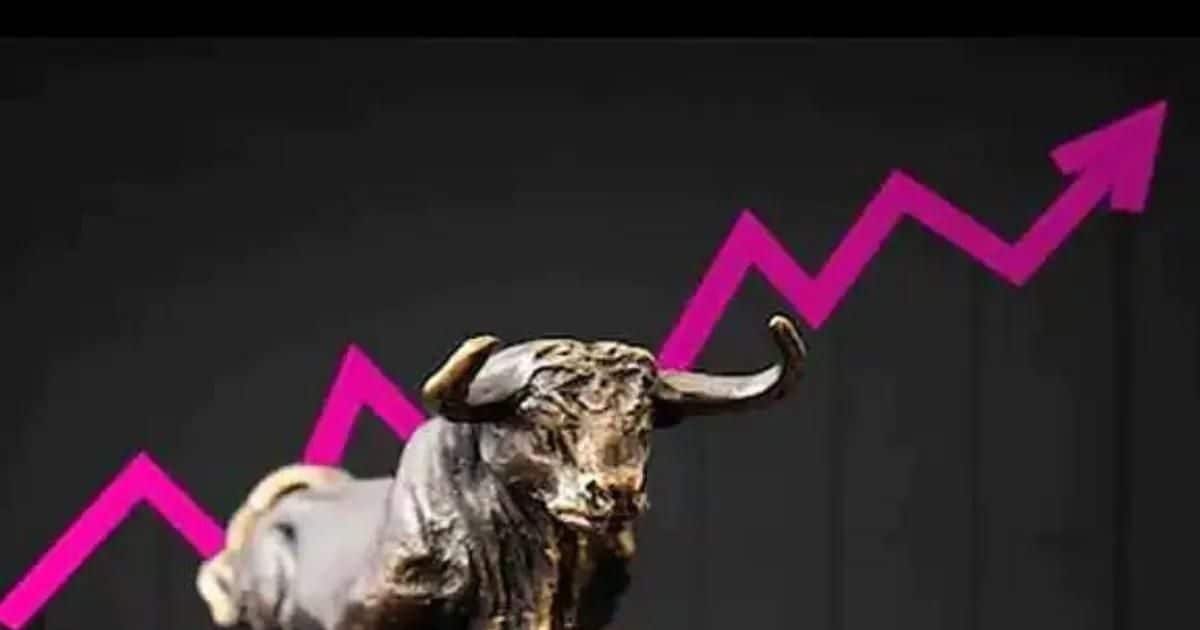 Can Fin Homes Limited has fulfilled the dream of crores of people to buy their own home.

In the last 23 years, the share price of Can Fin Homes Limited has increased by 190 times.

According to the brokerage, the shares of Can Fin Homes can gain about 27 per cent from the current level.

New Delhi. Housing finance company Can Fin Homes Ltd has fulfilled the dream of crores of people to buy their own home. At the same time, it has also given huge returns to its investors. In the last 23 years, the share price of Can Fin Homes Limited has increased by 190 times.

Can Fin Homes Limited Company was established in the year 1987 with the objective of promoting the sale of houses in the country. Public sector lender Canara Bank is its promoter. The total market value of Can Fin Homes Limited is Rs 6,970 crore. Its share price has grown wildly in the last two decades and has proved to be a multibagger for the investors.

read this also – Stock Market Opening: Market slipped after making gains, Sensex came down from record high, where is the selling happening today?

The company’s share increased so much
About 23 years ago, on January 1, 1999, when trading in Can Fin Homes shares started on NSE for the first time, its effective price was just Rs 2.73. Whereas on Thursday, November 24, its shares closed at Rs 523.40 on the NSE. In this way, in the last 23 years, the shares of this company have increased by about 19,072.16 percent.

1.90 crore return instead of 1 lakh
If an investor had invested Rs 1 lakh in Can Fin Homes shares on January 1, 1999 and had kept it till now, then the value of Rs 1 lakh would have increased by 19,072.16% to Rs 1.90 crore today. This is how Can Fin Homes has made its investors from millionaires to millionaires.

Brokerage estimates further 27% growth
Can Fin Homes shares are expected to rise even further. Domestic brokerage firm Keynote Capital says that shares of Can Fin Homes may gain about 27 per cent from the current level. The brokerage said in its report, Can Fin Homes was started by Canara Bank in association with HDFC and UTI in the year 1987. This company focuses on people with lower and middle income groups and first time home buyers. The average size of its home loan in FY 2022 was Rs 21 lakh. The Assets Under Management (AUM) of the company has grown at a CAGR of 26% since FY12. At the same time, it increased to Rs 270 billion in FY 2022, which was Rs 27 billion in FY 2012.

Read this also – Will get relief from the expensive recharge bill of TV! You can get up to 45% discount – know the new rules of TRAI

read this also – Elon Musk laughed at the special T-shirt received from Twitter’s office, then people heard the truth

The company is opening 12-15 new branches every year.
Brokerage firm Keynote Capital says that Can Fin Homes has also performed well at all operating levels. At the same time, the company is opening 12 to 15 new branches every year in cities without competition. In such a situation, the brokerage believes that the growth of 18-20% in the company’s AUM will remain intact in the future. Apart from this, the company has also entered into the business of cross-selling insurance policies, for which it has tied up with three companies.

If there is pain while sitting or walking in winter, then it can be a sign of this ‘silent killer’ disease.

Bhagyam: See how your fortune will be today, what does your zodiac sign say. Daily Astrology | 30 November 2022

Who is the real ‘action hero’ between Ayushmann Khurrana and Tiger Shroff? Watch the tremendous clash in the video