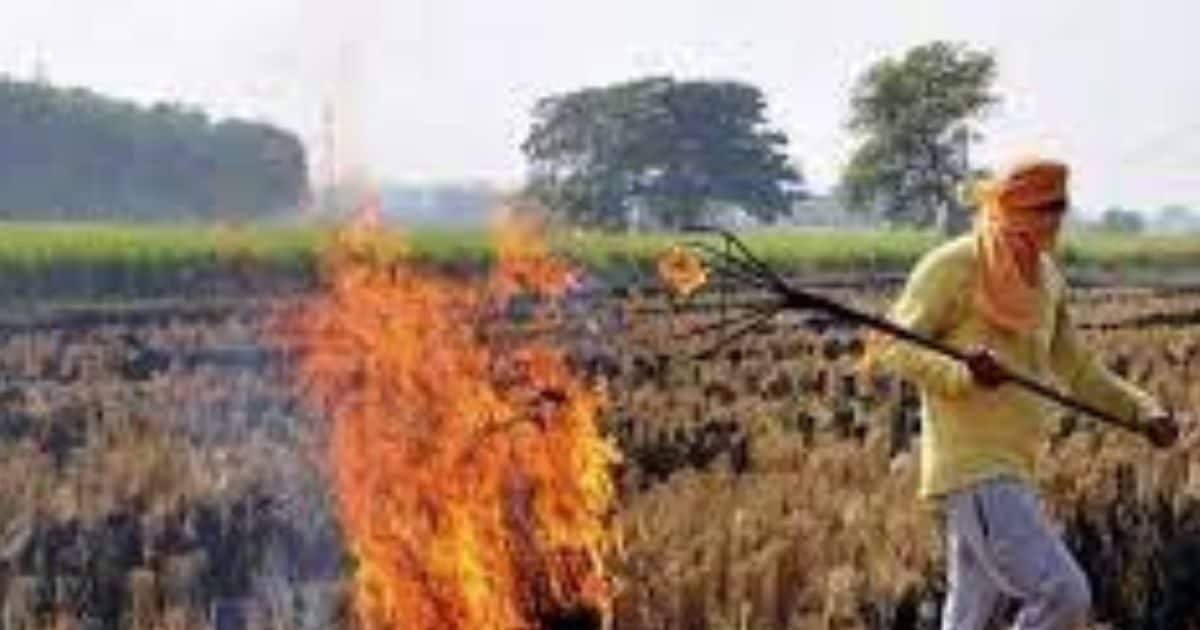 Nitin Gadkari says that everyone has to come together to tackle the problem of pollution.

Work is being done on the technology of making bio-bitumen from stubble.

With this, bitumen which can be used for road construction from stubble in the fields can be made.

New Delhi. Pollution has reached dangerous levels in many places of North India including Delhi-NCR due to paddy stubble burning. In the national capital, even breathing became difficult after farmers set fire to stubble in the fields of Haryana and Punjab. But, in the coming season, maybe this problem can be got rid of. Union Minister for Road Transport and Highways Nitin Gadkari has revealed that his ministry is working on the technology of making roads from stubble. In this, stubble will be used to make bio-bitumen.

Moneycontrol According to a report in Madhya Pradesh, Gadkari said at a program organized to lay the foundation stone of road projects worth Rs 1,261 crore in Mandla, a tribal district of Madhya Pradesh, that this technology would come in 2-3 months. Gadkari said that the farmers of the country are also capable of generating energy. Our farmers are becoming not only food donors but energy providers as well. They can also produce bio-bitumen for road construction and ethanol to make fuel.

What is bitumen?
Bitumen is a dark colored liquid. In many places it is also called Tarkol. It is obtained from crude petroleum. It is also found naturally. It is used in road construction, flight strip construction etc. It is used extensively in making roads. It sticks to gravel and stones.

Bio-bitumen will be made from straw like this
Nitin Gadkari said that bio-bitumen from stubble will be made in the field itself. To make it, a machine will be installed behind the tractor. This machine itself will make bio-bitumen. Bio-bitumen can be used to build roads. He said that we will launch the new technology in two to three months.

We have to come together to tackle pollution
On the increasing pollution in Delhi, Gadkari said that it is a bit difficult to deal with, but not impossible. If the central government, state government, municipal corporation and farmers try together, then it can be got rid of. We need to forget politics and work together to tackle the problem of pollution.

savings from ethanol
Gadkari said that in a cabinet meeting, the Petroleum Minister said that the country has saved foreign currency worth Rs 40,000 crore by mixing fuel grade ethanol extracted from sugarcane and other agricultural products with petrol.