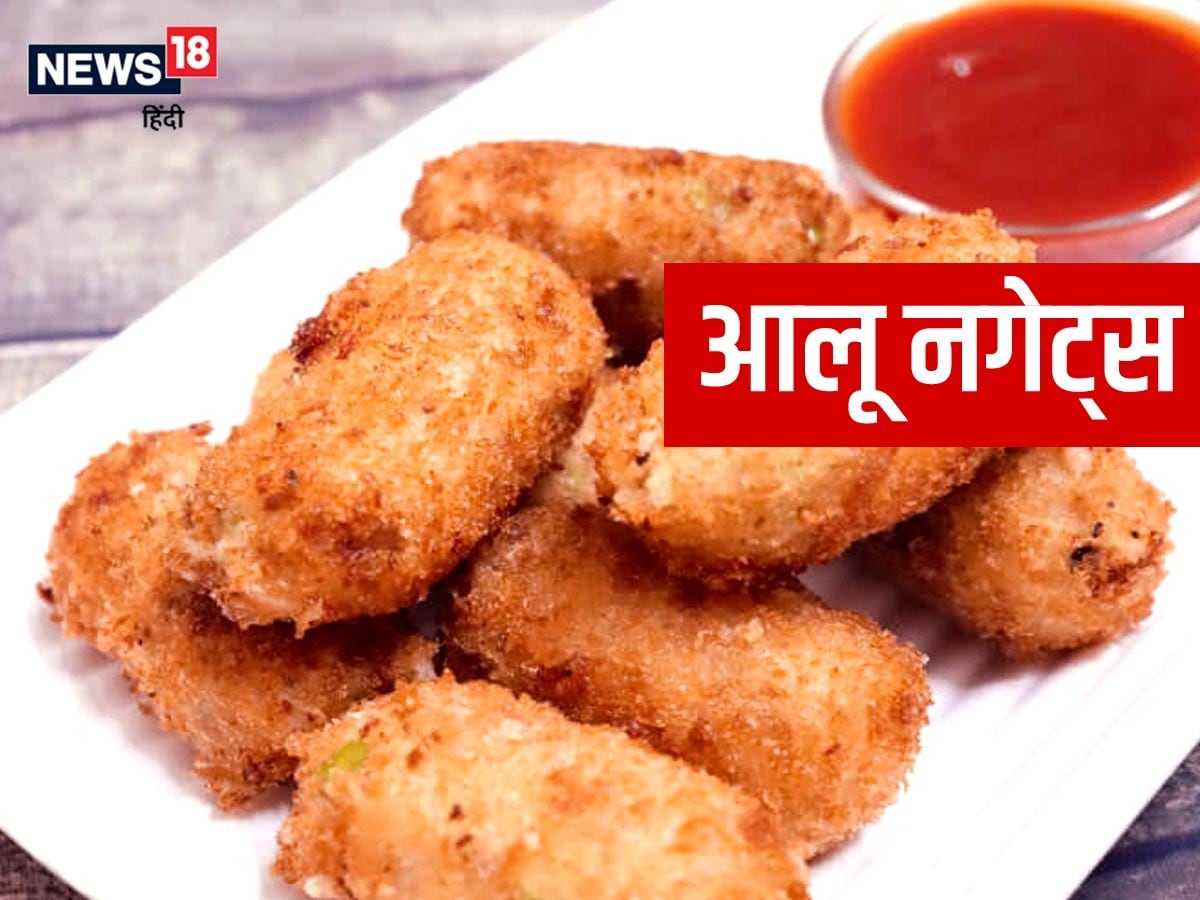 Potato nuggets can be made as breakfast or snack.

Potato nuggets can be kept in children’s lunch boxes.

Potato Nuggets Recipe: Potato nuggets ie potato nuggets can be eaten as a breakfast or snack. This food dish is full of taste. The taste of Crispy Spicy Aloo Nuggets is very much liked by children too. As delicious as this recipe is to eat, it is equally easy to make. If you are tired of eating similar dishes, then you can try potato nuggets in breakfast. The specialty of this dish is that it is prepared in a short time, along with this, potato nuggets can also be kept in children’s lunch boxes.
Along with potatoes, bread powder and other ingredients are used to make potato nuggets. If you have never made potato nuggets till now, then the method given by us can be very helpful for you in preparing this recipe.

Also read: Kids Will Love Manchurian Pakora, Make It Like This

Now in another bowl prepare corn flour batter by mixing corn flour, a little black pepper powder, a pinch of salt and a little water. Keep in mind that the batter should be smooth and smooth. Now take a little bit of potato spice and make it cylindrical with hands. Dip it in cornflour batter first and then put it in a bowl of bread crumbs and roll it around. Similarly, make rolls from all the spices and put bread crumbs on them.

Now put oil in a pan and heat it on medium flame. When the oil becomes hot, add the pre-prepared potato nuggets according to the capacity of the pan and deep fry them. Fry them till the nuggets become golden brown. After that take them out in a plate. Similarly fry all the potato nuggets. Now serve Tasty Aloo Nuggets with tomato sauce or green chutney in breakfast.