Rare Yoga of Guru-Saturn on Deepawali after 178 years, Deepawali will be celebrated on October 24 in 5 Raj Yoga 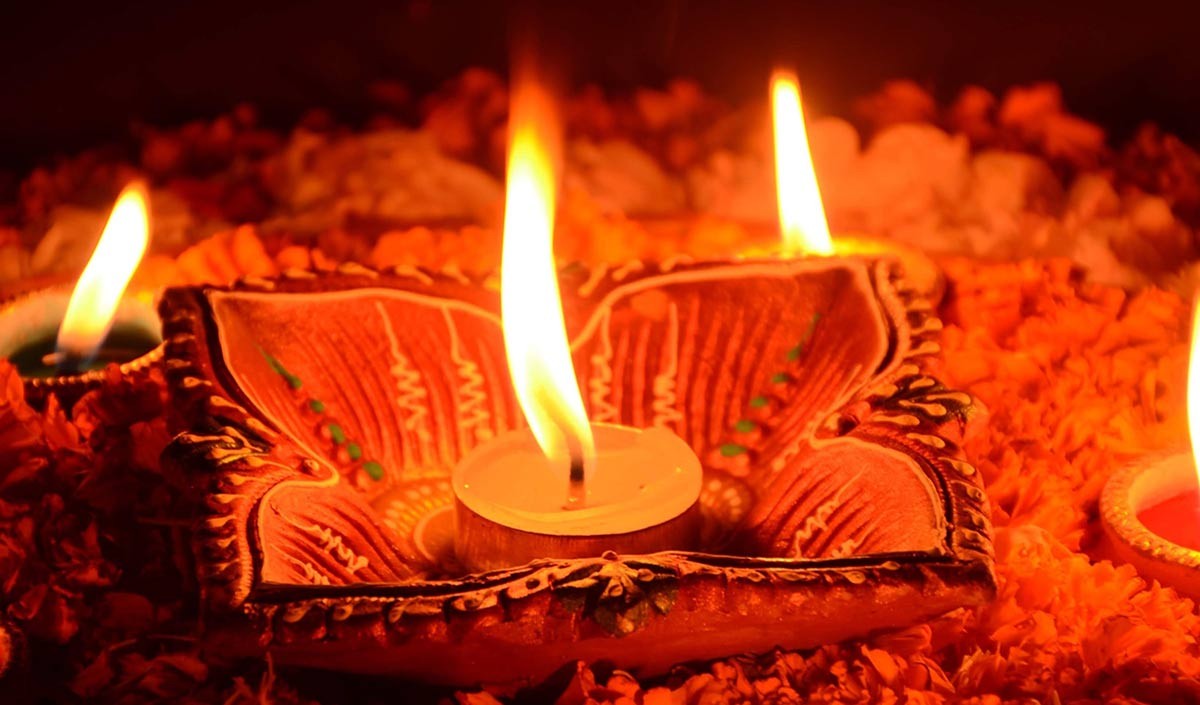 Astrologer Dr. Anish Vyas told that this time on Diwali, not 1-2 but 4 planets will remain in their own zodiac. The planet Mercury will be in Virgo, Venus will be in Libra, Venus will be in Capricorn and Jupiter will be in Pisces. In this way, it is a rare coincidence that four planets are in their respective zodiac signs at the same time.

Diwali will be celebrated on Monday 24 October. On this day Kartik Amavasya will start after 5.27 pm. In the evening, at the time of Lakshmi Puja, there will be Chitra Nakshatra and five Raja Yogas will be formed. There will be a rare combination of Mercury, Jupiter, Venus and Saturn with them. In this way, this Lakshmi festival will give happiness and prosperity. Jyotishacharya Dr. Anish Vyas, Director of Pal Balaji Jyotish Sansthan Jaipur-Jodhpur, told that before 2022, Deepawali was celebrated on November 10, 1844, while staying in the sign of Guru-Saturn. This year, Diwali being on Monday will give auspicious results for everyone. The Diwali traders coming on Monday will also be very good. After Diwali on 24 October, there will be a solar eclipse on 25 October. Because of this, Govardhan Puja will be on 26th and Bhai Dooj will be on 27th. Due to the eclipse, this year Deepotsav will be for six days instead of five. This time on Diwali, Mercury, Jupiter, Venus and Saturn, these four planets will remain in their respective zodiac signs. On this day the sun will be debilitated. This is also a wonderful yoga. On Kartik Amavasya i.e. Deepawali, the ancestors return to their ancestors. This time on Diwali, four planets i.e. Mercury, Jupiter, Venus and Saturn will be in their own signs from the line. The combination of these planets is indicating to increase prosperity. Along with this, rare wealth yoga is also being formed from Mercury-Guru at the time of Lakshmi Puja. Such a position of the stars has not happened till now in the last 2000 years.

4 planets will remain in their own zodiac

Astrologer Dr. Anish Vyas told that this time on Diwali, not 1-2 but 4 planets will remain in their own zodiac. The planet Mercury will be in Virgo, Venus will be in Libra, Venus will be in Capricorn and Jupiter will be in Pisces. In this way, it is a rare coincidence that four planets are in their respective zodiac signs at the same time. Such a position of the planets has not yet been created in the last 2000 years. Due to this Diwali festival has become very special this time.

Also read: Change of location of Lakshmi ji will have to be done before the sutak of solar eclipse

Astrologer Dr. Anish Vyas told that Mercury will remain in Virgo at this time and Sun-Venus conjunction will be formed in its next sign i.e. Libra, which will create the sum of economic progress. With Venus and Mercury in their respective signs, business is expected to improve and the economic condition of the country will also be strong. With Jupiter and Mercury facing each other, economic slowdown will be overcome. There will be strength in the telecom sector. Saturn will have a vision on Jupiter, due to which silver prices may rise.

Dr. Anish Vyas, the prophet and horoscope analyst, told that this time Lakshmi Puja will be held on October 24 at 6 pm. At this time, Raja Yogas named Malavya, Shash, Gajakesari, Harsha and Vimal are being formed. In these five auspicious yogas, Lakshmi Puja will be very auspicious. It will also be auspicious to make transactions and investments during this period. Its effect will be seen throughout the year. Chitra Nakshatra will remain during Lakshmi Puja, whose lord is Mars. Due to Mars, there are chances of boom in property and electronics business.

Kundali analyst Dr. Anish Vyas told that Lakshmi Puja will be done in Chitra Nakshatra. Its lord is Mars. There are chances of boom in property and electronics business due to Mars. Mercury, the factor of business, will also be in an exalted sign on this day. With this, the whole year will be auspicious for big transactions and investments. There will also be benefits in business. Due to Jupiter and Venus, shopping will increase happiness and prosperity. Due to the influence of Saturn, the benefit of buying and selling will be available for a long time.

positive change in the economy

The prophet Dr. Anish Vyas told that it is auspicious for Mercury to be in its own zodiac on Diwali. This will show positive changes in the economy of the country. Saturn will also be in its own zodiac. Financial condition will improve with Saturn. People from the lower strata will get good employment opportunities. National projects will get success. There are chances of economic development. There will be development in auspicious works from Jupiter. The dispute between education and religious is likely to end. Major administrative decisions can be made. Responsibilities of officers will change. Due to which the stalled works will be completed. The trust of the common people in the administration will increase. Due to the exaltation of Mercury, the prices of vegetables and pulses can come down. Food prices will remain normal. The production of rice, maize, jowar, bajra, groundnut, pulses and soybean will increase and their prices will also benefit.

Dr. Anish Vyas, the prophet and horoscope analyst, told that from the Krishna Paksha of Ashwin month i.e. from Pitru Paksha to Kartik Amavasya, ancestors reside at our house. For ancestors also, lamps should be lit on Diwali and incense-meditation should be done. On the afternoon of Kartik Amavasya, milk should be donated to a needy person for the ancestors. One should donate clothes after taking food. In the evening, the ancestors farewell. At that time, lamps should be lit in the house and outside the house.

Do these measures on the day of Diwali

Anish Vyas, a prophet and horoscope analyst, told that there is a law to worship Lakshmi ji and Ganesh Maharaj on Diwali. Apart from this, you must also worship Hanumanji, Yamraj, Chitragupta, Kuber, Bhairav, Kuldevata and your ancestors on this day. At the same time, worship Lord Vishnu along with Goddess Lakshmi, the goddess of wealth. Along with this, you can also recite Shrisukta and Vishnu Sahasranama in Deepawali Puja.

Also read: If you want Lakshmiji’s permanent residence in the house, then these things have to be kept in mind

Shubh-Amrit-Char Ka Choghadiya from midnight 01:47 to 04:14 at midnight

Share
Facebook
Twitter
WhatsApp
Linkedin
Email
Telegram
Previous articleChinese President Xi Jinping appeared with a new team, Li Qiang may be the new PM
Next articleRPSC Recruitment 2022: Golden opportunity to become an officer in health department, application starts from this day, you will get good salary

Do not take these things from anyone for free, there may be loss of health and money

Gold Price Today: Gold crosses 54 thousand, rates are increasing continuously in wedding season, what is the price of silver