Share market’s fiasco changed in a few days! Know which reasons spoiled the mood of the market 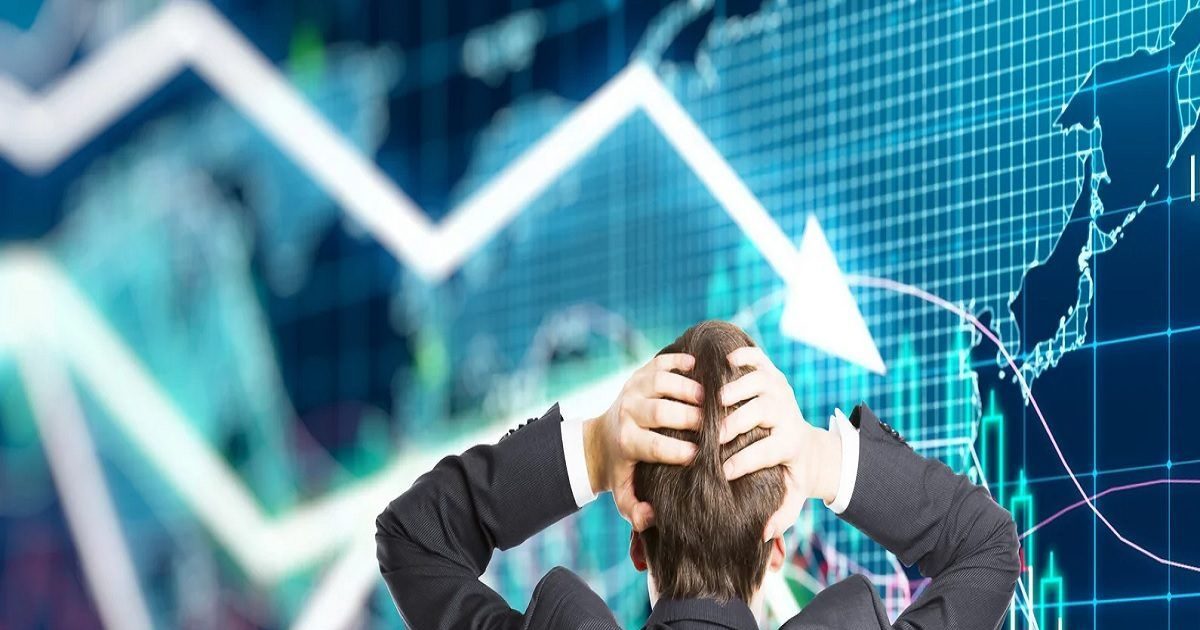 The world economy revolves around America.

The major reason for the decline in the world markets is also the mutual tension between the countries.

New Delhi. There was a boom in the market last week, everyone wanted to bathe in its light. But the taste changed in just 4 days. Now everyone seems to be running away from it. After all, what has happened to this market, whose decline is not taking the name of stopping now. The downside is that the Sensex has broken 3500 points and Nifty 1100 points in 8 trading sessions. The Nifty Bank which made a record high on 8 trading sessions, its beating is strong and it has fallen by about 3400 points from there.

The condition of midcap, smallcap stocks is even worse. There’s a lot of hitting. But what changed in 2 weeks that shook the sentiment of investors. In the last 5 trading sessions, Indian investors have sold large shares worth Rs 50,000 crore.

1. The turmoil in the global markets
A move by the US Central Bank, the Federal Reserve, spoiled the whole story. In fact, last Thursday, the Federal Reserve increased interest rates by 0.75% as expected. It was fine till now but the problem started with the commentary. The Federal Reserve chairman said that he will continue the process of increasing rates and whether these steps will bring inflation under control or not can not do anything now.

Let us tell you that inflation in America is at the height of 40 years and it is not coming under control by doing anything. The Federal Reserve said so much that the world markets started falling. US markets are at new lows of the year. European and Asian markets are also falling. The selling point is that 73% of the shares in the US have slipped below the key level of 200 DMA. Investors are running away by selling shares at the price they are getting.

2. Recession will spread in the world
The Joe Biden government and the Federal Reserve want to do whatever it takes to bring a recession in America. Are ready to sacrifice growth for that. The same intention of both is weighing heavily on the world. America may suffer recession but the world is not ready for it. If America’s economy is braked, then the wheel of world’s growth will stop. The world’s economy revolves around America, so recession in other countries will deepen ahead of time.

This fear is haunting the markets. Crude oil is getting the first indication of this, the crude oil which had touched the peak of $140 per barrel has come down to $85 today. The reason is only one- premature recession. The second is America or Europe, now there are clear signs of the wheel of the economy coming to a halt. All economic data is coming down except inflation. The third indication is coming from companies. Be it FedEx or the big global companies like Google, Apple, all have warned about the further growth. It has been said that be prepared for the bad days ahead.

3. Rise in interest rates
Actually, the central banks of all the big countries of the world are watching the action of the Federal Reserve. Last Thursday, what the Federal Reserve raised rates, everyone started making loans expensive. The rate hike was the biggest in 15 years. This move added fuel to the fire. About 90 central banks have made loans expensive. Of this, half have increased by 0.75%. The Reserve Bank of India is also going to take a decision on the rates on Friday. It is being estimated that the Reserve Bank can increase the rates by 0.50%. The increase in interest rates not only makes the loan costly, but also reduces the liquidity from the system. It has a hit on the economy and the other on the markets.

4. Big Currency Crisis
There was a big earthquake in the currency market due to the increase of the Federal Reserve’s rates. With the rise in rates, the dollar index has reached a 20-year high. Let us tell you that the movement of the dollar is measured in front of the basket of the world’s 6 largest currencies. Its increase puts pressure on other currencies of the whole world. The dollar index has been racing since the start of the Russia-Ukraine battle. During this time it has jumped by 15%. The effect of this was that the euro, pound, yen all reached record low levels. However, the weakness in the Indian rupee is less compared to all these big currencies and has fallen only 8 percent this year. The Federal Reserve’s decision has also had an impact on the bond market and it is also slipping.

5. Geopolitical Crisis
The major reason for the decline in the world markets is also the mutual tension between the countries. This tension is increasing now. Whether it is Russia-Ukraine or China-US tensions over Taiwan, all have increased. Russia has clearly threatened Ukraine and the world with nuclear war. Putin has bluntly said that do not consider this a mere threat. The news even came that Ukraine’s neighbor Poland has started distributing iodine medicines among its people. Both countries also started evacuating citizens living on the border. This caused a lot of fear in the world.

Russia gives oil and gas to the world, while Ukraine is a big store of food grains. If the fighting escalates, the entire supply chain will be affected. On the other hand, good news is not coming about China. Although nothing is being said officially, but the news is that there is an atmosphere of confusion ahead of the election to the top post and the market does not like uncertainty at all. This is the reason why there is fear in the world markets and India is also not untouched by it.