This mango cultivator is very special, 300 varieties have been grown from a single tree, named Aishwarya, Sachin and Narendra Modi 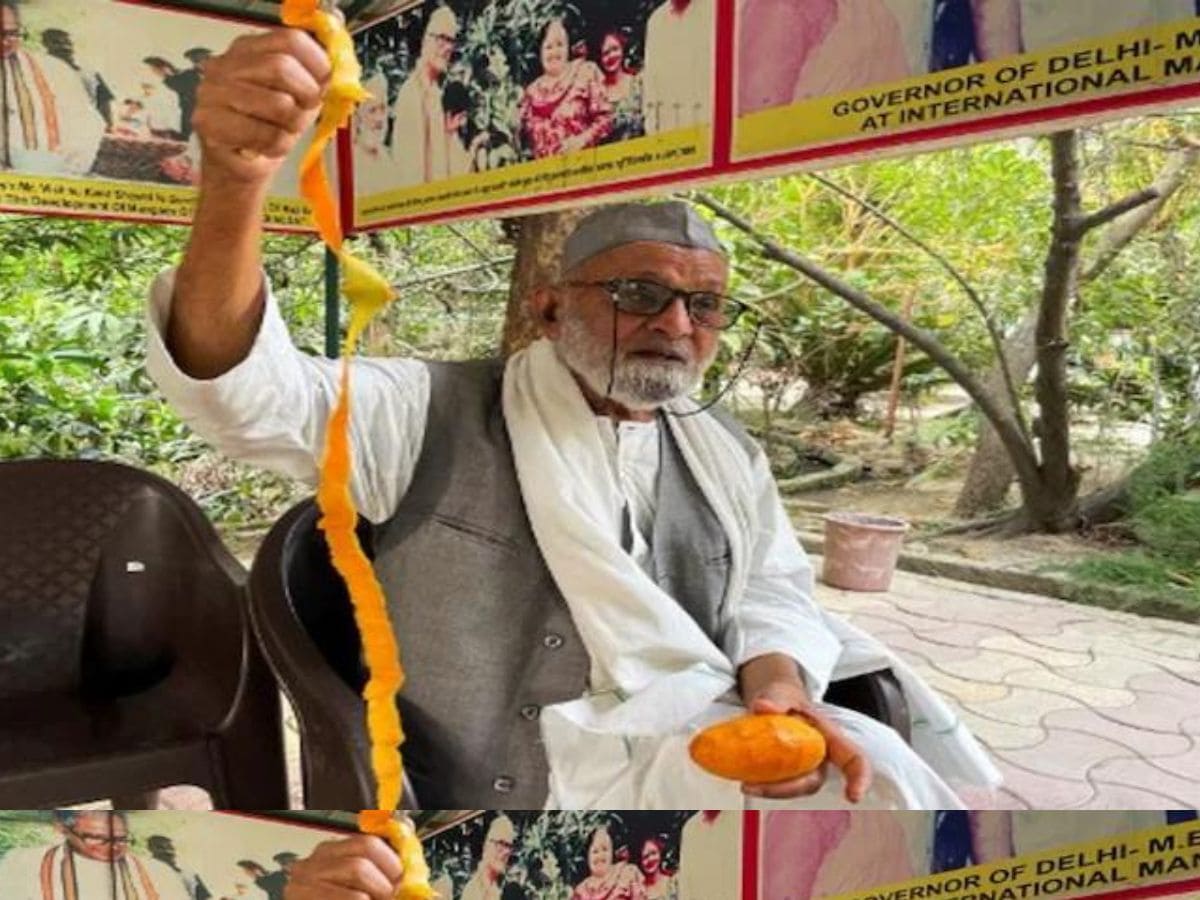 In 2008, he was awarded the country’s most prestigious civilian honor.

Kalim says that he has also grown mango crop in the desert.

Malihabad produces about 25 percent of the country’s total production.

New Delhi. Mango season is about to end now, but in the meantime very special news has come about mangoes. A farmer in Malihabad, UP, world-famous for mango cultivation, has grown about 300 varieties of mangoes from a 120-year-old tree.

Kalimullah Khan, a mango cultivator in Malihabad, says that when seen with normal eyes, it looks like only one mango tree, but it is a complete university of mango in itself and the world’s largest ‘college’ of mango. 82-year-old Kaleem told that in his childhood he left school and started creating a new variety of mango. Initially, seven new varieties of plants were prepared, but all were destroyed in a disaster.

Also read – India can produce crude oil only at 25 percent of the import price, Anil Agarwal told its method

Created 300 species since 1987
Kalim told that even after this he did not give up and since 1987 till now, from the 120-year-old mango tree, 300 different species have been developed. Everyone in this has a completely different colour, shape and taste. This 120-year-old mango tree is about 30 feet and its dense branches do not allow sunlight to reach the ground even today. Kalim said, I spent my whole life sitting in its shade.

Newest variety named after Aishwarya
According to Kaleem, the newest variety of mango has been named after Bollywood actress and 1994 Miss World winner Aishwarya. It is also proving to be the best variety ever. Kaleem said, this mango is also very beautiful like an actress. It also weighs up to one kilogram. Kaleem has also named a variety in honor of Prime Minister Narendra Modi. Apart from this, varieties of names like great cricketer Sachin Tendulkar, Anarkali are also in Kalim’s garden. He says that man comes and goes, but mangoes are always there. Whenever people eat this mango, they will remember their favorite cricketer.

none of the varieties are the same
Kalim claims that just as no two fingerprints are alike, in the same way two varieties of mango cannot be the same. For this, a new variety is prepared by planting two types of pen. Both the pens are joined together and tied with tape and by the next season a new variety of mango is ready.

environmental threat to agriculture
India is the largest producer of mangoes, where 50 percent of the world’s mangoes are produced. Malihabad of UP is the largest nursery in this case, where mango is cultivated in 30 thousand hectares, which is about 25 percent of the total production of the country. Kaleem said, farmers are cultivating with wrong technology nowadays, which is threatening new varieties. Climate is also creating risk for mango cultivation. But, I will keep working till my last breath to create new varieties of mangoes.

Garlic Tea: Garlic tea is very beneficial for heart diseases, it is best to drink at this time