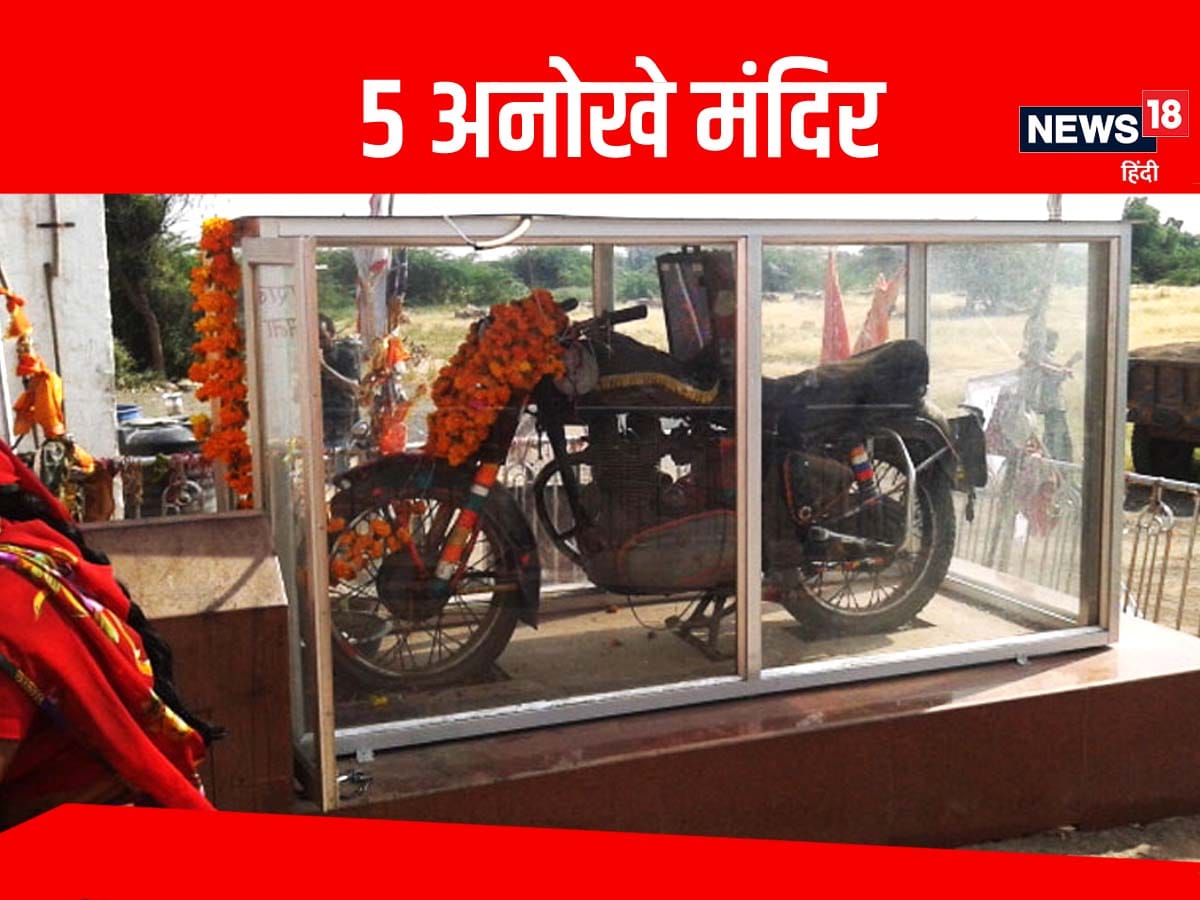 People offer airplane toys in a Gurdwara in Punjab.

Unusual Temples in India: India is called the country of temples. You will find temples and other religious places in every corner of this place. Different deities are worshiped in different temples. By now you too must have gone to many temples and will be familiar with the customs there. Have you ever seen a temple where bikes or rats are worshiped instead of gods and goddesses? It may sound strange, but it is completely true. Today we will tell you about 5 unique temples of the country, where strange traditions are seen.

There is a ‘Bullet Baba’ temple in Bandai village, about 40 km from Jodhpur. Here people worship Royal Enfield Bullet bike. There is an interesting story behind it. According to locals, a person was firing when he met with an accident. The police took the bike into their custody, but the very next day it disappeared from the police station and was later found at the accident spot. This convinced the villagers that the soul of that person was still present in the bullet. That’s why people together built a temple at that place. People come here to worship for a safe journey.

Also read: Kalimpong is a great place to visit, 3 tourist places here will surprise you

Located in Bikaner, Rajasthan, this place of worship is called the temple of rats. Devotees protect the rats and feed them. There are more than 20,000 rats in the temple and many devotees come here to seek their blessings. Devotees of Goddess Karni Mata believe that rats are an incarnation of Goddess Karni Mata, whose idol is enshrined in the temple. It is said that even after having so many rats, there has never been a case of plague here.

Devotees offer airplane toys to this gurudwara located in Jalandhar, Punjab. It is also called Aeroplane Gurudwara. Those who want to travel abroad, they offer a small plane toy at the Shaheed Baba Nihal Singh Gurdwara. This Gurudwara is considered to be a ticket to foreign countries especially America. Here you will get to see a large number of small plastic airplanes.

Also read: Explore these places of Rajasthan on Diwali, you will see spectacular views

In 2010, a businessman from Karnataka built a temple to worship Goddess Kempanna. According to locals, two dogs mysteriously disappeared from the village after the temple was built. That night Goddess Kempanna appeared in the man’s dream and wished to build a temple in the name of those dogs. Since then dogs have been worshiped in this temple. It is one of the unique temples of the country.

The name of this temple accurately describes it. Noodles, chop suey and rice are offered to the goddess in this temple located in Tangra, Kolkata, the capital of West Bengal. This area of ​​Kolkata is also called China Town. It is believed that this temple plays an important role in the life of Chinese people. Every Chinese citizen who enters this temple walks barefoot.