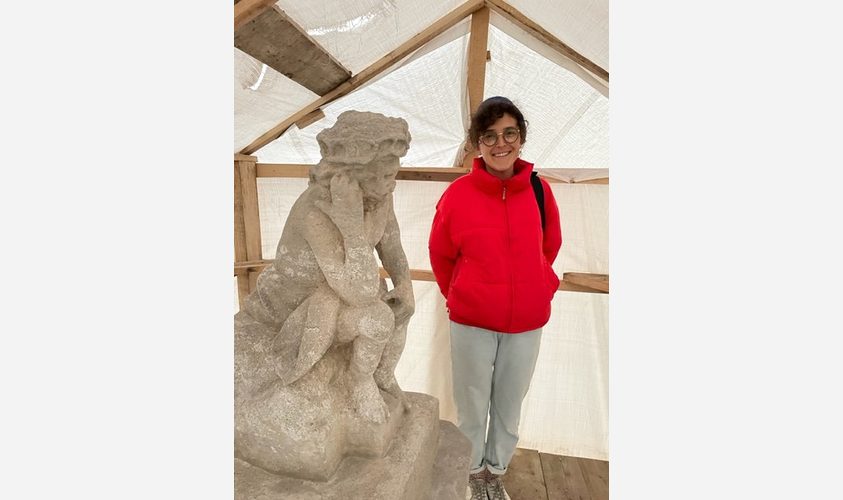 Anya Kudzia, a teacher at the Warsaw Academy of Arts, collected funds, bought and herself brought thousands of first-aid kits to Ukraine for our defenders. And in Poland, the campaign UkrainaPomagamy (“Help for Ukraine.” – T.K.) was launched. This was reported by the press service of the Lviv City Council.

“Anya Kudzia heads a Polish-Ukrainian group of restorers who have been working for several years in Lviv, Kamianets-Podilskyi, and Zhovkva,” says Lilia Onyshchenko, head of the historical environment protection department of the LMR. – The war caught Anya at work in Egypt, and she returned to Poland on the first flight and started the UkrainaPomagamy campaign. Since the beginning of the war, Anya collected funds, purchased and herself brought thousands of IFAK first-aid kits to Ukraine, which saved more than one life of our soldiers.”

The Lviv City Council recalls many moments of incredible support for Ukrainians by Poles. In particular, that from the first days of the war, Polish friends responded to the call to help Lviv and Ukrainian cities protect cultural monuments from possible destruction. Thus, thanks to LMR’s partners from the Ministry of Culture of Poland, the Polonik Institute and the Polish Cultural Heritage Foundation, as well as to all caring Poles, Lviv received several wagons of materials for securing Lviv’s monuments and fire extinguishers. And even shared protective materials with other regions of Ukraine. “The Day”, of course, did not ignore these events, publishing several materials on this topic.

Share
Facebook
Twitter
WhatsApp
Linkedin
Email
Telegram
Previous articleStrong offer up to Rs 8350 on Redmi 9 Activ worth Rs 8799, if you are not sure then see the deal now
Next articleFIR show actor Dipesh Bhan dies, Kavita Kaushik expressed grief by writing an emotional post