Abramovich accused of supplying the Russian army – The Moscow Times 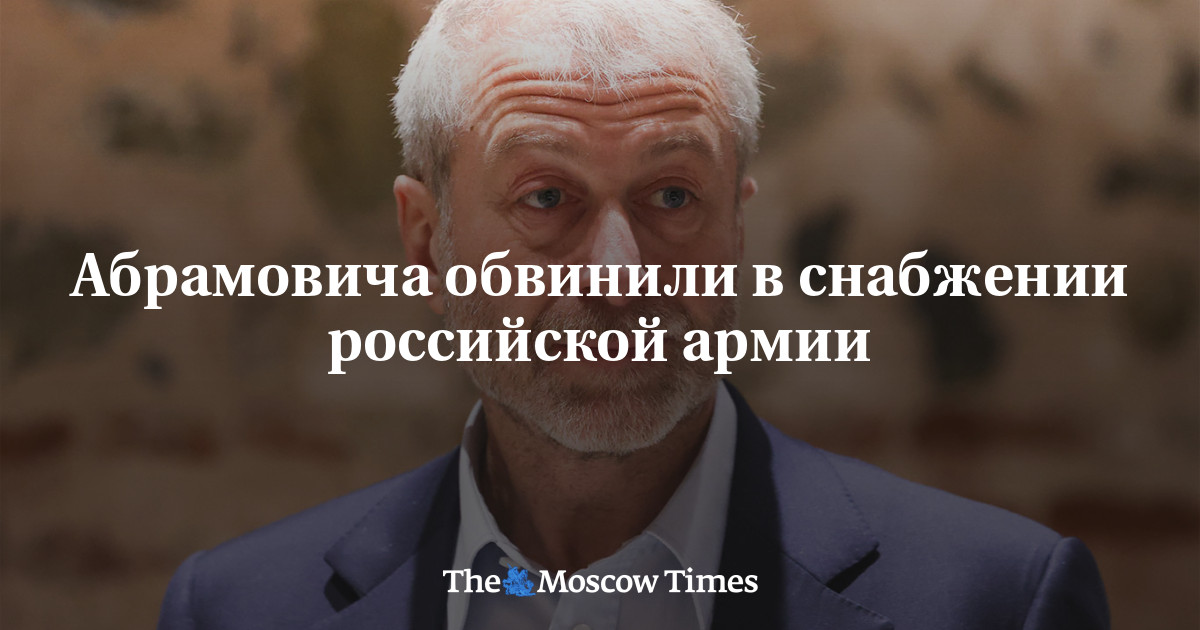 Companies owned by billionaire Roman Abramovich have been supplying the Russian army with resources for more than a decade. According to OCCRP, (Center for the Study of Corruption and Organized Crime), despite allegations of an exclusively peaceful use of products, subsidiaries of the Evraz group, owned by the oligarch, supplied raw materials for the production of tanks and explosives.

Abramovich, among other Russian oligarchs, ended up on the British sanctions list in March. London believes that Evraz could have supplied the produced steel to the Russian armed forces. The company, which is headquartered in the UK, denies that the government contracts it entered into could be in any way related to weapons.

In 2018, Evraz NTMK (Nizhny Tagil Metallurgical Plant) supplied Uralvagonzavod, which produces armored vehicles in addition to freight cars, with steel worth $1.4 million. In 2016 and 2017, a subsidiary of Evraz also supplied the plant with vanadium slag worth $227,000 used for alloying steel in the manufacture of weapons.

As noted by OCCRP, most likely, the cooperation of Abramovich’s company with the military will continue. Steel is widely used for the production of Russian weapons because it is cheaper than other materials. According to American intelligence, the tank manufacturer Uralvagonzavod suspended work precisely because of a shortage of components.

In July, the Russian parliament passed a law that would deprive companies such as Evraz, the right to refuse to conclude contracts to meet the needs of the army. Production workers can be involved in work at night, on weekends, and also deprived of vacations.