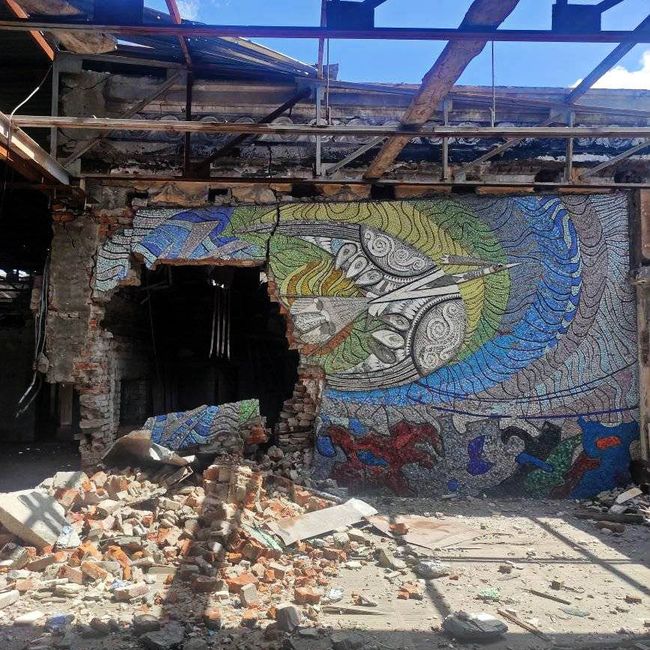 In Mariupol, which was temporarily occupied by Russian troops, as a result of shelling, masterpieces of monumental art – mosaics by Alla Gorska were destroyed.

Journalist Ivan Stanislavsky announced this on Facebook and published photos of the damaged panels, reports Ukrinform.

We are talking about the works “Tree of Life” and “Boryviter”, created in the interior of the restaurant “Ukraine” by a team of artists (A. Gorska, V. Zaretskyi, G. Zubchenko, B. Plaksii, G. Pryshedko with the participation of V. Prakhnin and N . Svitlichna) during a creative business trip in May-June 1967.

“The Mariupol masterpieces of Alla Gorska have come to an end… Timeless in terms of plot, aesthetically perfect and devoid of any socialist realist concepts, these two works of Alla Gorska’s brigade were the pearls of the Mariupol collection of monumental art,” wrote Stanislavskyi.

Alla Gorska is a Ukrainian artist and dissident, public activist, one of the founders and brightest creative personalities of the generation of the sixties movement, one of the first representatives of the underground, an activist of the human rights movement of the 1960s in Ukraine. She worked in monumental works, mosaics, graphics and painting. She was killed on November 28, 1970 at the age of 41.