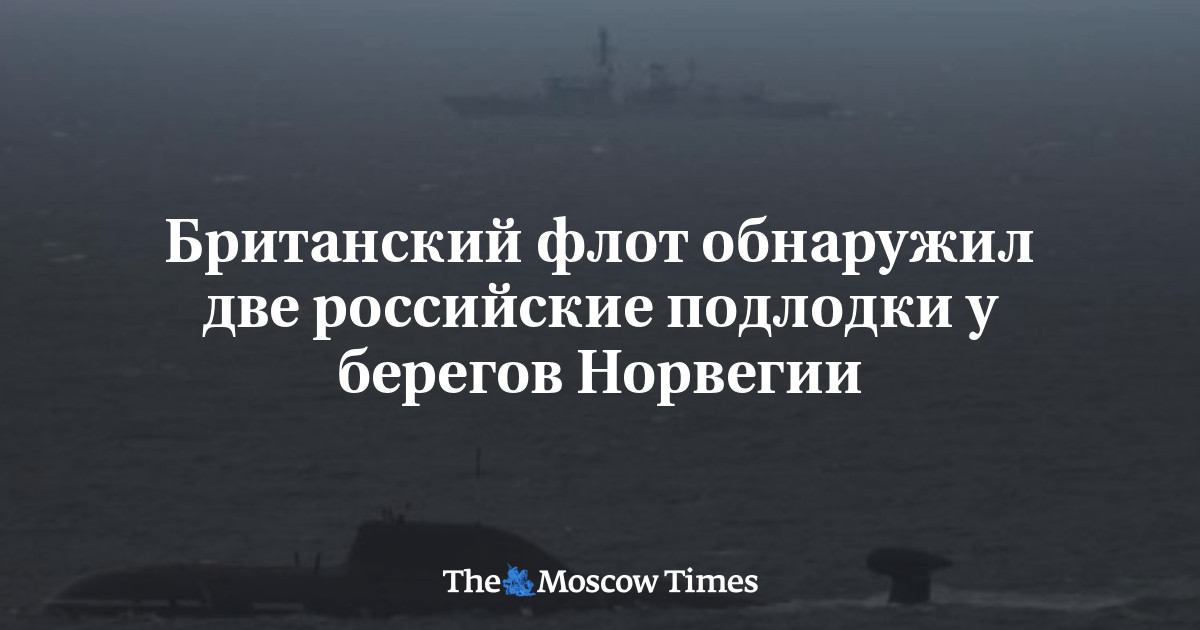 The British warship HMS Portland tracked the movements of two Russian submarines into the North Sea. As stated in the message of the country’s Navy, The submarines surfaced in Norway northwest of Bergen in the North Sea on July 16 and 19, and then sailed to St. Petersburg to celebrate Russian Navy Day on July 31.

London claims to have found the Severodvinsk cruise missile submarine; and the Akula-class attack submarine Vepr. Both submarines were south along the Norwegian coast from the Arctic.

A specialized Merlin helicopter took part in tracking the submarines along with HMS Portland. The equipment is equipped with sonar, sensors and torpedoes for submarine search operations, the British military said.

Severodvinsk (K-560) in 2021 became the first submarine to launch the Zircon hypersonic missile. In addition to them, the boat is armed with Caliber long-range cruise missiles. She made her first trip to the sea in July 2014.

“Vepr” (K-157) is a multi-purpose nuclear submarine of project 971 “Pike-B” subclass Akula II. In July 2021, she participated in the main naval parade on Navy Day. Also armed with modernization under the Caliber missile system. Both submarines are registered with the Northern Fleet.