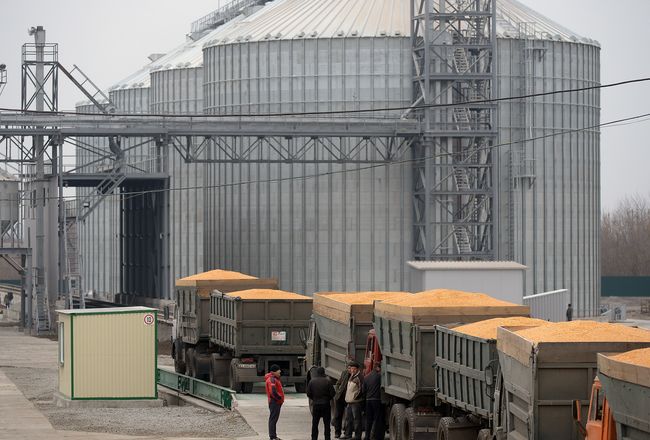 Deputy Minister of Agrarian Policy and Food of Ukraine Markiyan Dmytrasevych addressed a meeting of the EU Council on Agriculture and Fisheries. He outlined to MEPs the situation with the export of Ukrainian agricultural products and spoke about the priority needs of Ukraine due to the blockade of seaports, according to the Government portal.

“At the current low rate of exports, Ukraine may receive a shortage of storage facilities for the harvest of 10-15 million tons. Before the war, the total storage capacity was 75 million tons of grain, but today only 60 million tons of storage remains – the rest was lost due to destruction and temporary occupation. Therefore, we have an urgent need to equip temporary grain storages – modular structures and plastic bags, “Markiyan Dmytrasevych outlined the situation.

EU governments will consider providing Ukraine with such temporary storage facilities – as a result, it should significantly help preserve the harvest and secure future grain supplies to world markets.

“Functional phytosanitary and veterinary laboratories in the Danube port in Izmail will help speed up the export of Ukrainian products, as well as a sufficient number of laboratory equipment at border checkpoints through which transit takes place. Ukraine has already made a request to the European Commission, “said the Deputy Minister.

Markiyan Dmytrasevych thanked for the political, humanitarian, military and financial support provided to Ukraine by the EU member states, and called not to stop arms supplies to Ukraine, as “only support for the territorial integrity of our country is a guarantee of global food security.”

Following the meeting of the EU Agriculture and Fisheries Council, Markiyan Dmytrasevych said that the European delegation should visit border checkpoints next week to assess the situation with inspections and further reduce bureaucracy at the borders for the export of Ukrainian agricultural products.