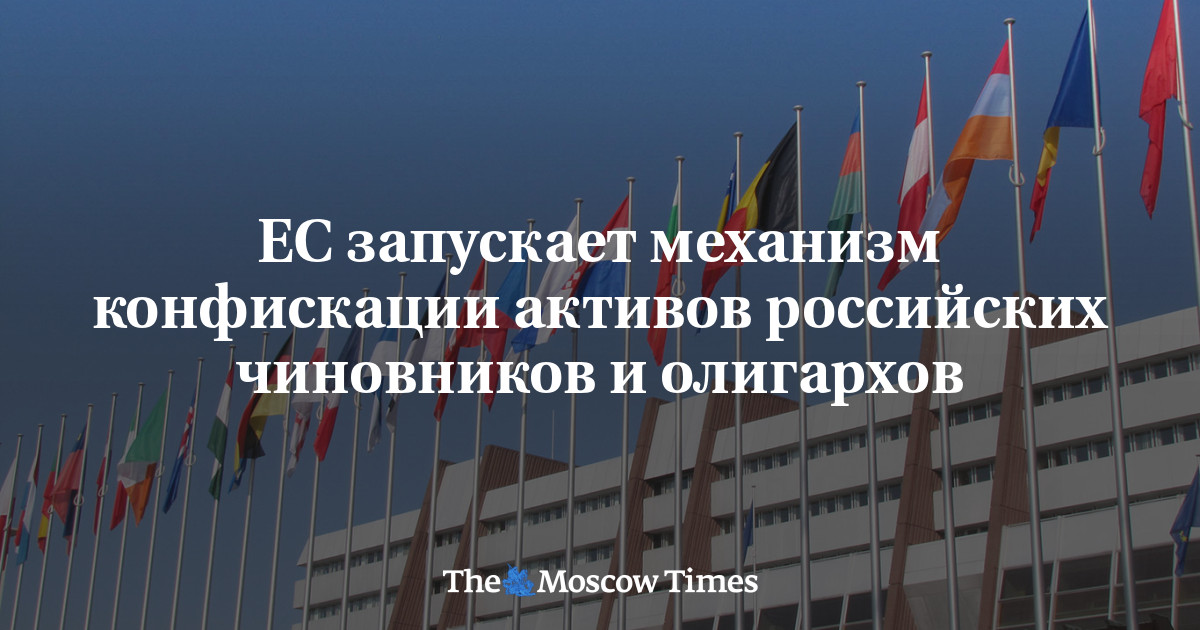 EU authorities are taking another step towards confiscating the assets of Russian citizens included in the sanctions lists after the invasion of Ukraine.

As part of the seventh package of sanctions, approved by the EU Council on Thursday, oligarchs close to the Kremlin, officials, security forces, as well as companies that have fallen under restrictive measures, will be required to independently disclose their property to the authorities in European countries.

The burden of declaring assets is being shifted to those affected by the sanctions, the EU Council said in a statement. This will make it easier to freeze them, and in addition, it will create a legal basis for the subsequent confiscation of property, an official in Brussels explained to Bloomberg.

The European Commission is preparing amendments to the legislation, within the framework of which the evasion of sanctions will be recognized as a criminal offense. This will make it possible to open legal proceedings, the result of which may be a decision on the confiscation of property.

The undeclared assets of sanctioned individuals can thus be seized, Bloomberg’s source explains. The decision will be made by each individual EU country on the basis of its own legislation and the norms of the judicial system.

The confiscation process is expected to start in October – by which time the EU authorities will complete the development of the relevant directive, European Commissioner for Justice Didier Reynders said on July 12.

Since the start of the war, the EU has frozen €13.8 billion worth of Russian assets, including yachts, real estate, luxury cars and art. The sanctions list includes more than 100 companies and 1.2 thousand individuals, including President Vladimir Putin and members of the government – from Foreign Minister Sergei Lavrov to Deputy Prime Minister Andrei Belousov.

On the eve of the EU imposed sanctions against another 48 Russian citizens. Actors Sergei Bezrukov and Vladimir Mashkov, who supported the war, were left without European visas and with the blocking of all assets.

Finally, under European sanctions – the Night Wolves show group and its artistic director Alexander Zladostanov, along with assistants, whose European homes were searched the day before.

Share
Facebook
Twitter
WhatsApp
Linkedin
Email
Telegram
Previous articleSamsung aims to build 11 more chip plants in US worth $200 billion
Next articleRostelecom to be fined 100,000 rubles for leaking data of hundreds of thousands of Russians – The Moscow Times