Head of Mi6: Russia suffered an ‘epic failure’ in Ukraine – The Moscow Times 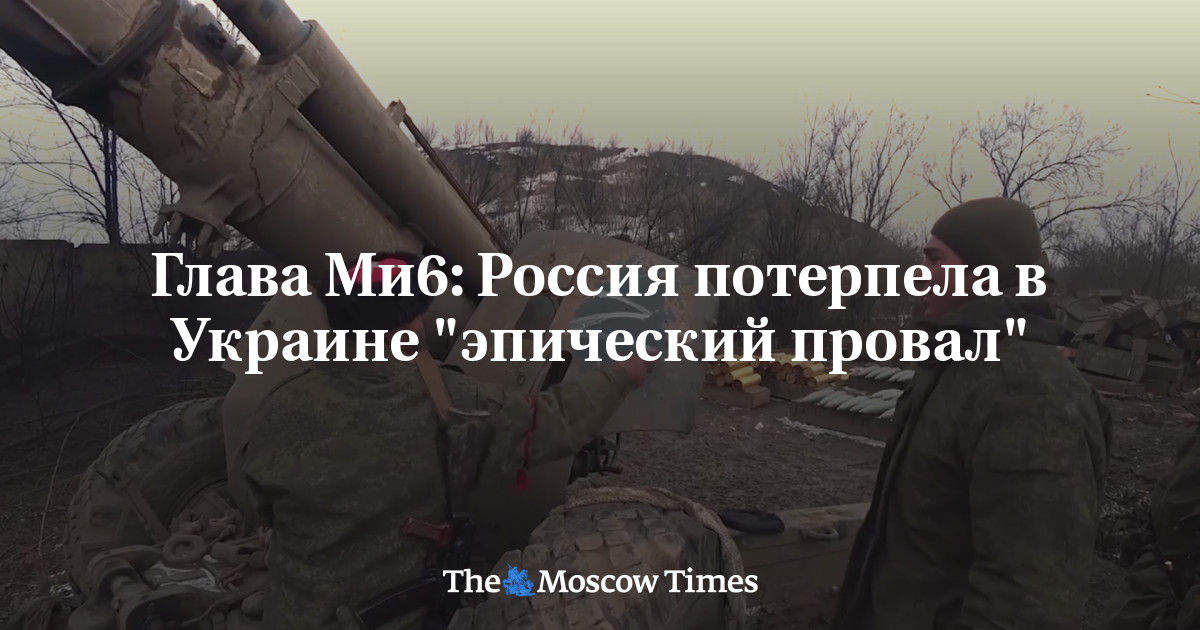 In the next few weeks, Russia will experience difficulties in sending new weapons and military personnel to the front. This will give Ukraine the opportunity to launch a counter-offensive, said the head of British intelligence MI6, Richard Moore.

“I think they will run out of steam soon. They will have to take some kind of pause, and this will give the Ukrainians the opportunity to strike back,” he said, calling the Russian army’s invasion of Ukraine the most egregious undisguised act of aggression in Europe since World War II.

According to him, Moscow has suffered an epic failure in achieving its original goals: to seize Kyiv, overthrow the Ukrainian government and president, and sow discord in NATO. Now Russia has narrowed its focus to eastern Ukraine, where it is waging a “bloody war of attrition.”

Moore also confirmed the figure of 15,000 dead Russian soldiers, which was previously voiced by the head of the CIA, William Burns. MI6 believes that these are “conservative estimates.”

“This is about the same number of people they have lost in 10 years. [войны] in Afghanistan. And these are not middle-class guys in St. Petersburg or Moscow at all. These are poor guys from working-class cities in Siberia. There are disproportionately many representatives of national minorities among them. This is cannon fodder, ”added the head of British intelligence.

After an unsuccessful campaign against Kyiv at the beginning of the war, Russia concentrated its actions on the Donbass and southern Ukraine, capturing almost all of the Donetsk and Lugansk regions, part of Kherson and Zaporozhye. Recently, the offensive of the Russian army has stopped, while the attacks of the Armed Forces of Ukraine, which received the American HIMARS multiple launch rocket systems, have intensified. Ukrainians successfully use these installations in the destruction of Russian bases, ammunition depots, and logistics hubs.

Share
Facebook
Twitter
WhatsApp
Linkedin
Email
Telegram
Previous articleSawan Som Pradosh 2022 vrat: Do not eat this thing even by mistake during Sawan Som Pradosh fast
Next articleBritish intelligence: Russian army is running out of steam and will soon be unable to advance – The Moscow Times