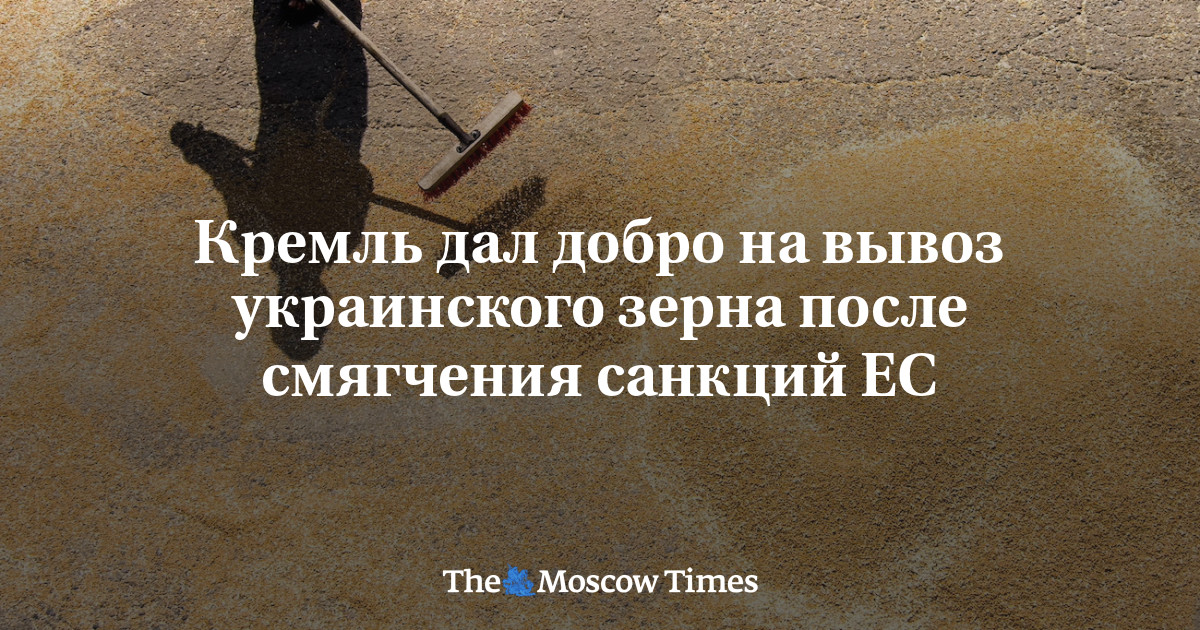 Russia, after negotiations that lasted almost a month, gives the green light to the export of millions of tons of grain, which have been blocked in the Black Sea ports of Ukraine since the beginning of the war.

Russian and Ukrainian representatives on Friday, July 22, in Istanbul will sign an agreement that will allow the opening of “grain corridors”, a representative of the Turkish government, which, along with the UN, mediated the deal, told Bloomberg.

Turkish President Recep Tayyip Erdogan and UN Secretary General António Guterres will be present at the final stage of the agreement. Last week, during the 4-party talks, the parties agreed on the preliminary outlines of the deal, including the establishment of a coordination center in Istanbul.

According to Western data, more than 20 million tons of grain are blocked in the ports of Ukraine, which accounts for 16% of world grain exports. Last year, Ukraine harvested a record harvest of 80 million tons, which is in danger of being destroyed by Russian missiles and artillery that are burning grain elevators and port storage facilities.

A possible deal essentially looks like this: “grain corridors for Ukrainian grain against the lifting of part of the sanctions,” said Andrei Sizov, general director of the SovEcon analytical center.

Last week, the US Treasury said the restrictions did not include financial institutions, ship owners and traders servicing Russian grain and fertilizer exports. In addition, Washington announced the abolition of anti-dumping duties against certain Russian fertilizers.

The European Union, for its part, decided to unfreeze the assets of sanctioned banks to the extent necessary for food transactions, and also announced an easing of sanctions against airlines, allowing the supply of aviation goods and technologies. “to ensure ICAO (International Civil Aviation Organization) safety standards.”

In addition, the EU eased the ban on transactions with a number of Russian state-owned companies, including Rosneft, Gazprom Neft and Sovcomflot. Now they are allowed to make deals with the Europeans to transport oil to third countries.

The chances of signing an agreement are higher than ever. But it “does not necessarily mean a quick recovery in Ukrainian exports,” Sizov warns. The Russian side has not yet officially confirmed the deal. Russian Deputy Foreign Minister Andrey Rudenko said on Thursday that the talks are “going on dynamically” and there is hope that “an agreement will be reached in the near future.”

The US State Department welcomes the agreement on grain between Moscow and Kyiv and will monitor its implementation, said department spokesman Ned Price. He added that he thanks the UN and “Turkish allies” for the work done.