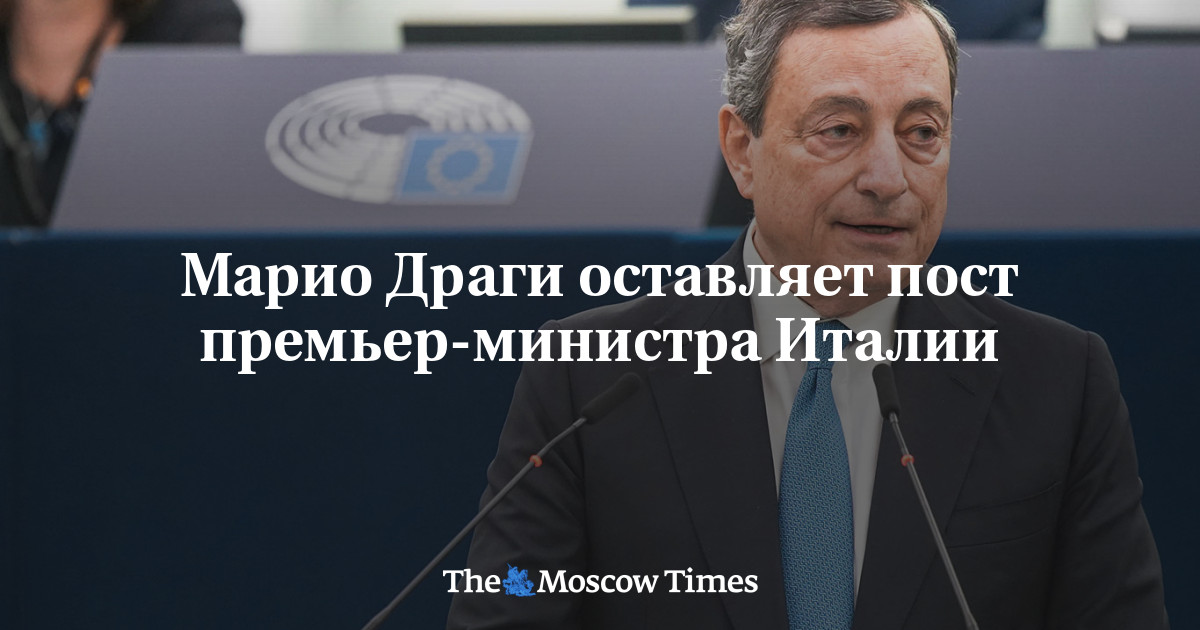 Prime Minister Mario Draghi has submitted his resignation to the Italian president, the presidential office said. The government led by Draghi will continue to work during the transitional period until snap elections, which could take place as early as October.

Italy could face a “perfect storm,” EU economic commissioner Paolo Gentilloni warned on Wednesday, when the three parties in the governing coalition withdrew from a vote of confidence in the government. Earlier, the Five Stars party announced its withdrawal from the coalition, which was dissatisfied with Draghi’s reaction to the growing economic problems in the country and the increase in the cost of living, and also could not agree with partners on the scale of military assistance to Ukraine.

Draghi on Wednesday accused the breakaway parties of trying to thwart his reforms. Draghi is trying to stimulate competition, limit bureaucracy, to make the economy of Italy, whose public debt is 150% of GDP, more attractive and dynamic. A package of reform laws was supposed to be passed before the next elections, which were to be held next spring.

Inflation in Italy was 8% in June. Like other European countries, it is facing an energy crisis due to high oil prices and especially gas prices, for which they depend on Russia for supplies. Draghi, however, during two visits (in April and July) managed to agree with Algeria on a significant increase in gas exports to Italy. Azerbaijan also recently promised to increase supplies to the countries of Southern Europe.

Italy reduced its dependence on Russian gas from 40% before the start of the war in Ukraine to 25%. Its gas storage facilities, according to Gas Infrastructure Europe, are 68.63% full, while the EU average is 64.96%.

The parties that were part of the coalition also argued about the supply of weapons to Ukraine (Draghi took an uncompromising position from the very beginning of the war and was one of the main architects of sanctions against Russia), economic reforms, in exchange for which Rome should receive 200 billion euros from the EU fund, in addition the government and parliament were to discuss the budget for 2023 in the fall.

Italy is known for frequent changes of government. Draghi has led the 67th for the last 75 years.

The yield on 10-year Italian government bonds rose by 0.14 percentage points to 3.52%, the spread with the yield of German bonds widened to 2.26 percentage points. The stock index fell 1.9% in morning trading.