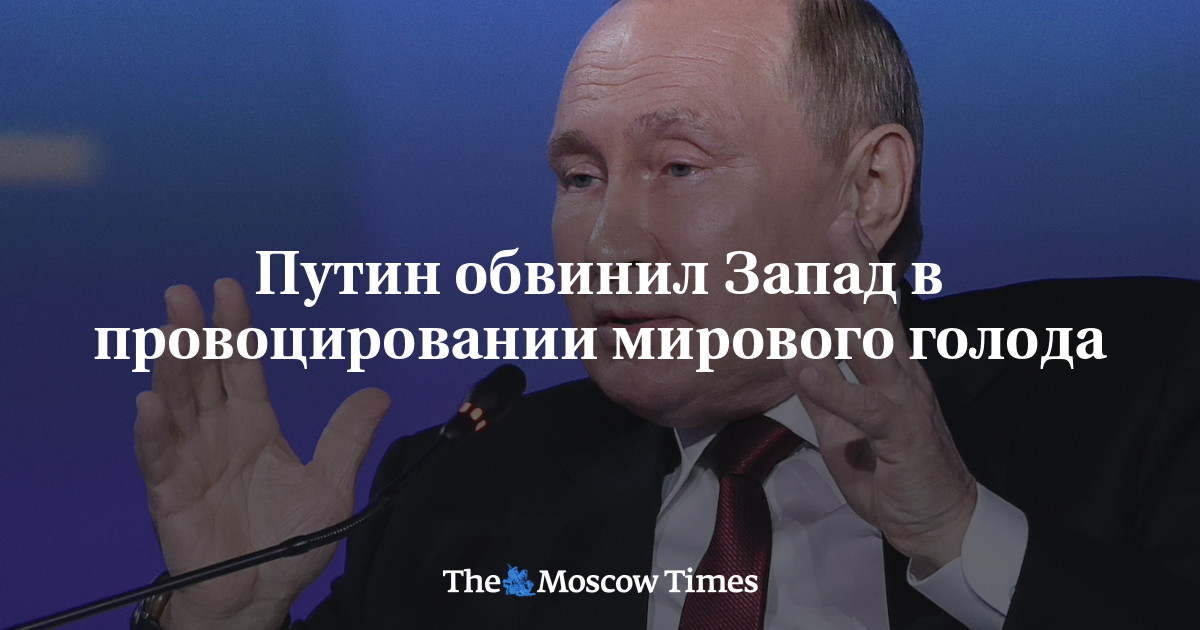 The crisis in the global food market, where prices have jumped to record levels in history, and supply shortages promise starvation for tens of millions of people, has nothing to do with Russia and the war in Ukraine, Russian President Vladimir Putin believes.

A sharp increase in inflation affecting food and commodities and causing problems for countries Asia, Africa, Latin America and the Middle East did not happen yesterday, Putin stressed.

“This was the result of many years, and, moreover, I emphasize, irresponsible, macroeconomic policy of the G7 countries, uncontrolled emission and accumulation of unsecured debts. Moreover, these processes accelerated with the onset of the pandemic, when both supply and demand for goods and services drastically decreased on a global scale,” the President said.

“They printed money, distributed it in their own countries – in rich countries – and, like a vacuum cleaner, they began to rake up all food products from the world market,” Putin shared his understanding of the situation.

As an example, he cited the United States, which until recently was a net exporter of food, and last year bought more food than it sold for $17 billion.

Around the Ukrainian grain, which is blocked in the ports, according to Putin, “hysteria” is “artificially” inflated. “Both according to American and our estimates, this is about five to six million tons of wheat and plus seven million tons of corn – this is also something, but globally, of course, this does not solve any problems on the world grain market,” Putin said.

He added that Russia is a “responsible participant in the global food market” and is ready to sell 50 million tons of grain abroad this year.

Share
Facebook
Twitter
WhatsApp
Linkedin
Email
Telegram
Previous articleRavi Shastri praised this player, said – as long as he is standing on the wicket, runs will be made automatically
Next articleThe EU will allocate 9 billion euros of aid to Ukraine, – Moravetsky